SPORTS Djokovic: 'I can beat Slam titles and world number one record'

Djokovic: 'I can beat Slam titles and world number one record' 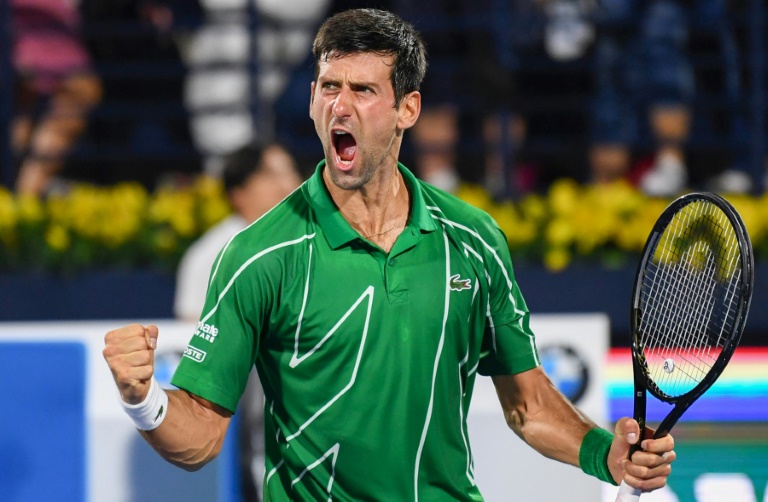 Novak Djokovic said he is confident he will end his career as the greatest Grand Slam title winner of all time and break the record for weeks in the world number one spot.

The Serb has 17 majors, three back from the record of Roger Federer's 20 and two behind the 19 of Rafael Nadal.

Before the coronavirus brought the 2020 season to a halt, Djokovic had captured an eighth Australian Open and was on an 18-0 winning streak for the year.

"I think that I still have things to do in this sport. I believe that I can win the most Slams and break the record for most weeks at No. 1. Those are definitely my clear goals," Djokovic told the 'In Depth with Graham Bensinger' TV show.

Djokovic has been on top of the rankings for a combined total of 282 weeks.

Federer leads the way on 310 with the long-retired Pete Sampras on 286.

However, time is comfortably on the side of Djokovic who will celebrate his 33rd birthday on May 22.

Federer will be 39 in August while Nadal turns 34 in June.

Djokovic even sees himself still playing at 40.

"I don't believe in limits. I definitely want to go for a long time," he said.

"But I'm aware that the amount of tournaments I'm playing is going to decrease very soon.

"I will not be able to play at this intensity, with this many tournaments and this much traveling, for a long time.

"I might be playing at 40, but then there will probably be a focus on the biggest tournaments and the tournaments that mean the most to me."