Djokovic sets up semifinal clash with Nadal at Roland Garros

PARIS, June 9 (Xinhua) -- World No.1 Novak Djokovic will face archrival Rafael Nadal for a record 58th time in their careers after the duo both progressed from the quarterfinals at the French Open on Wednesday.

The Serbian defeated ninth-seeded Italian Matteo Berrettini 6-3, 6-2, 6-7(3), 7-5 in the night session at Roland Garros to secure his 11th final-four appearance in Paris, while defending champion Nadal overcame Argentina's Diego Schwartzman 6-3, 4-6, 6-4, 6-0 to reach the clay-court major semifinals for the 14th time.

The high-profile showdown between the pair, who have faced each other more times than any other players in history, will be staged on Friday as a repeat of last year's final.

"I'll probably pick Rafa as the biggest rival I've ever had in my career," top seed Djokovic said of the 13-time French Open champion.

"The anticipation for the match against him, any match, any surface, any occasion, is always different from any other. Let's have a great battle," the 34-year-old added.

Although Djokovic holds a narrow lead of 29-28 in their overall rivalry which stretches back 15 years, the Spaniard remains the king on clay, as he dominates their French Open meetings 7-1, and 19-7 overall on clay. 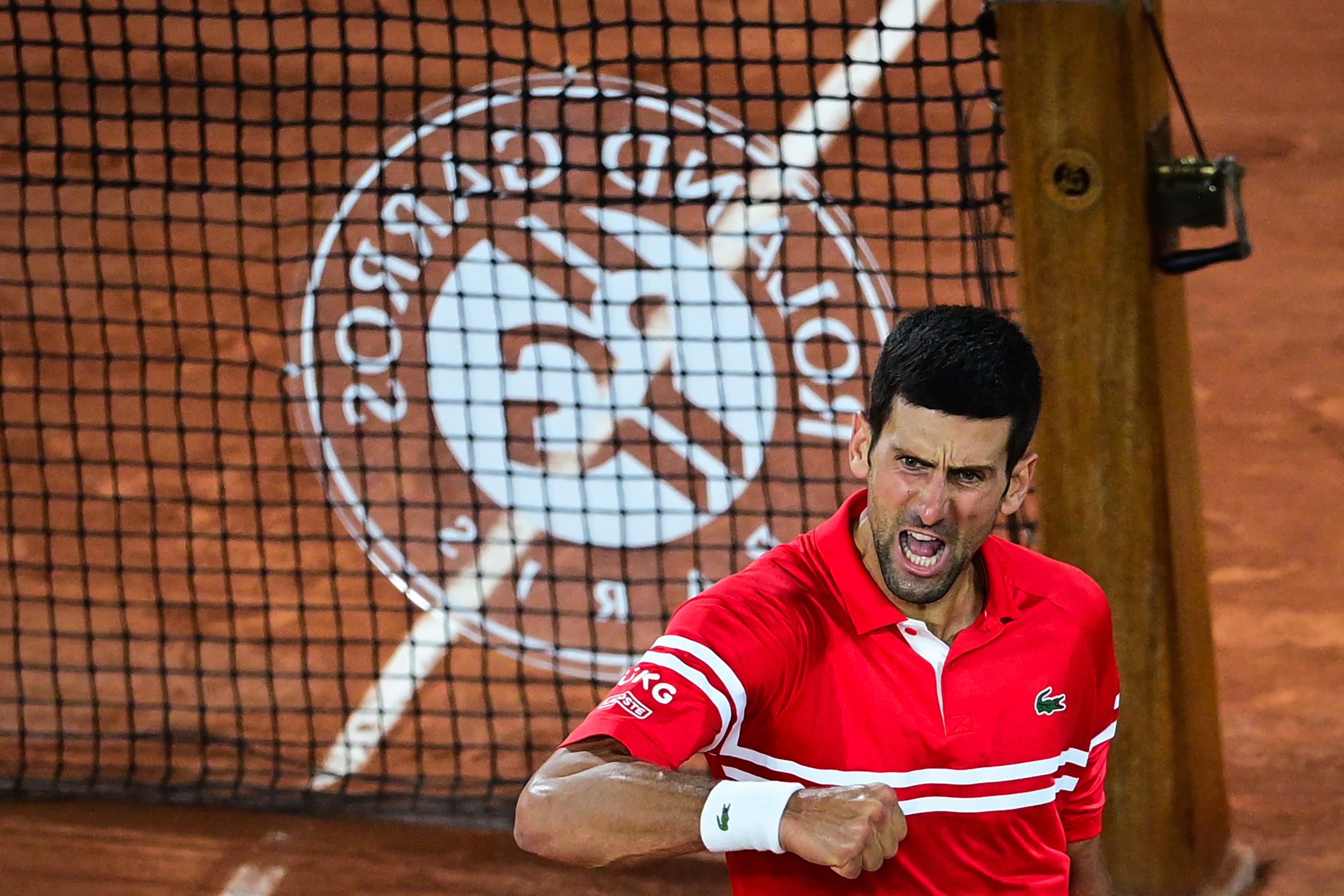 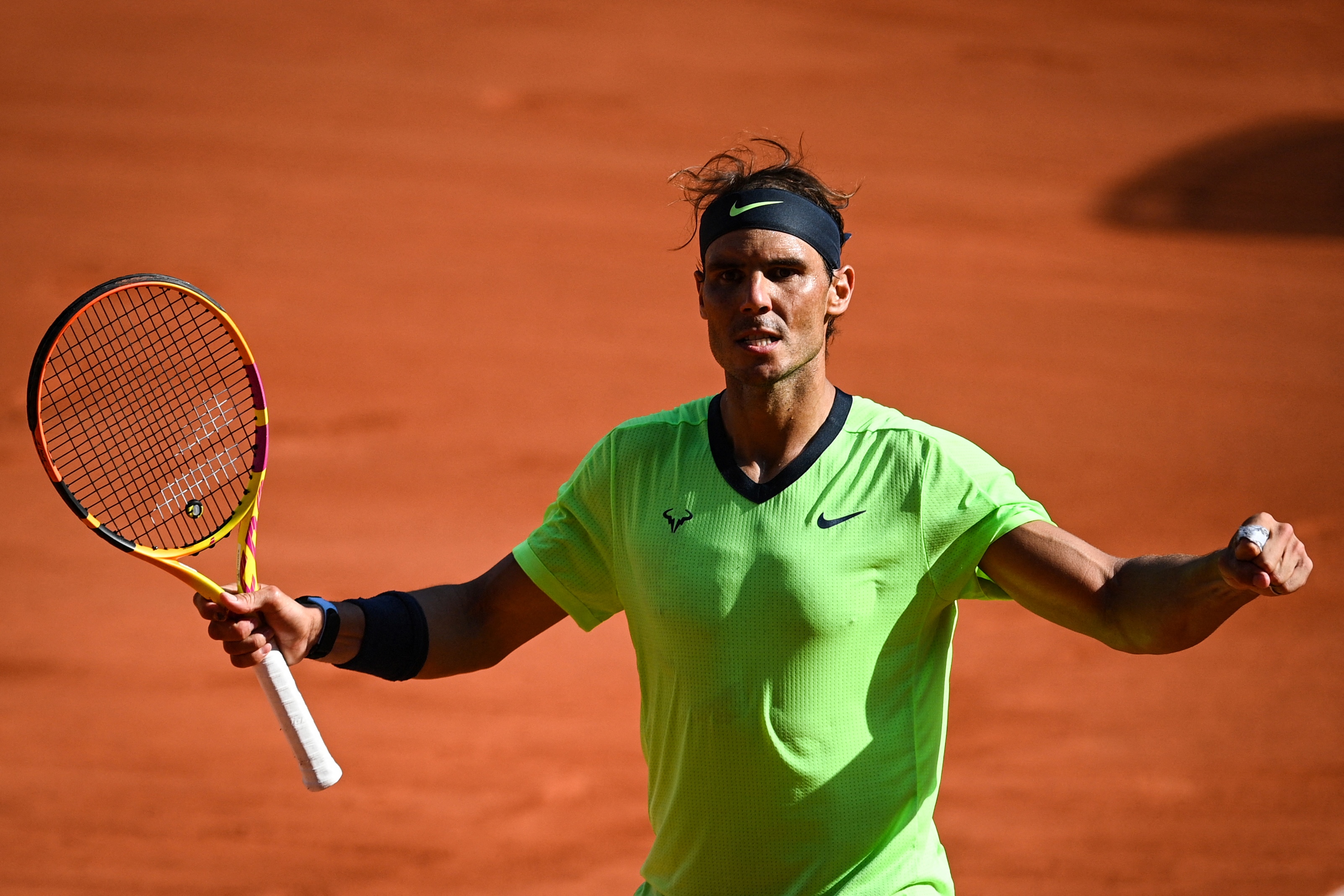 The two greats most recently played each other in the Rome final on May 16, when Nadal won his 10th title in the Italian capital to equal Djokovic's record of 36 ATP1000 Masters crowns.

The Serb's last win over Nadal on clay was also in Rome, but that was five years ago.

"The quality and the level of tennis that I've been playing in the past three, four weeks on clay - Rome, Belgrade, and here - is giving me good sensations and feelings ahead of that match," Djokovic said. "I'm confident. I believe I can win, otherwise I wouldn't be here."

The 2016 French Open champion is bidding to win his 19th major title to close the gap to Nadal and Roger Federer, who both have 20 major wins, on the list of men's Grand Slam winners. Meanwhile, Nadal is striving for a record 21st to break the tie with Federer.

"Of course, the numbers are just amazing. But I can't think about that now, honestly. Let's talk about that when I finish my career. Now is a moment to be happy," said Nadal, who recently celebrated his 35th birthday.

"I am not the one to talk about myself. I can't avoid that I have great numbers here at Roland Garros. [The way] that commentators think about me is something that I am proud of. It's an honor for me," the third seed added.

In the women's draw, world No.18 Maria Sakkari stunned defending champion Iga Swiatek 6-4, 6-4 to become the first Greek woman to make the last four at a major. She will face 33rd-ranked Barbora Krejcikova of the Czech Republic for a place in the final, as the latter knocked out American teenager Coco Gauff 7-6(6), 6-3 to clinch a place in the semifinals.

Russia's 31st seed Anastasia Pavlyuchenkova will tackle unseeded Tamara Zidansek of Slovenia in the other semifinal.