SPORTS Djokovic through opening round at Wimbledon

Djokovic through opening round at Wimbledon 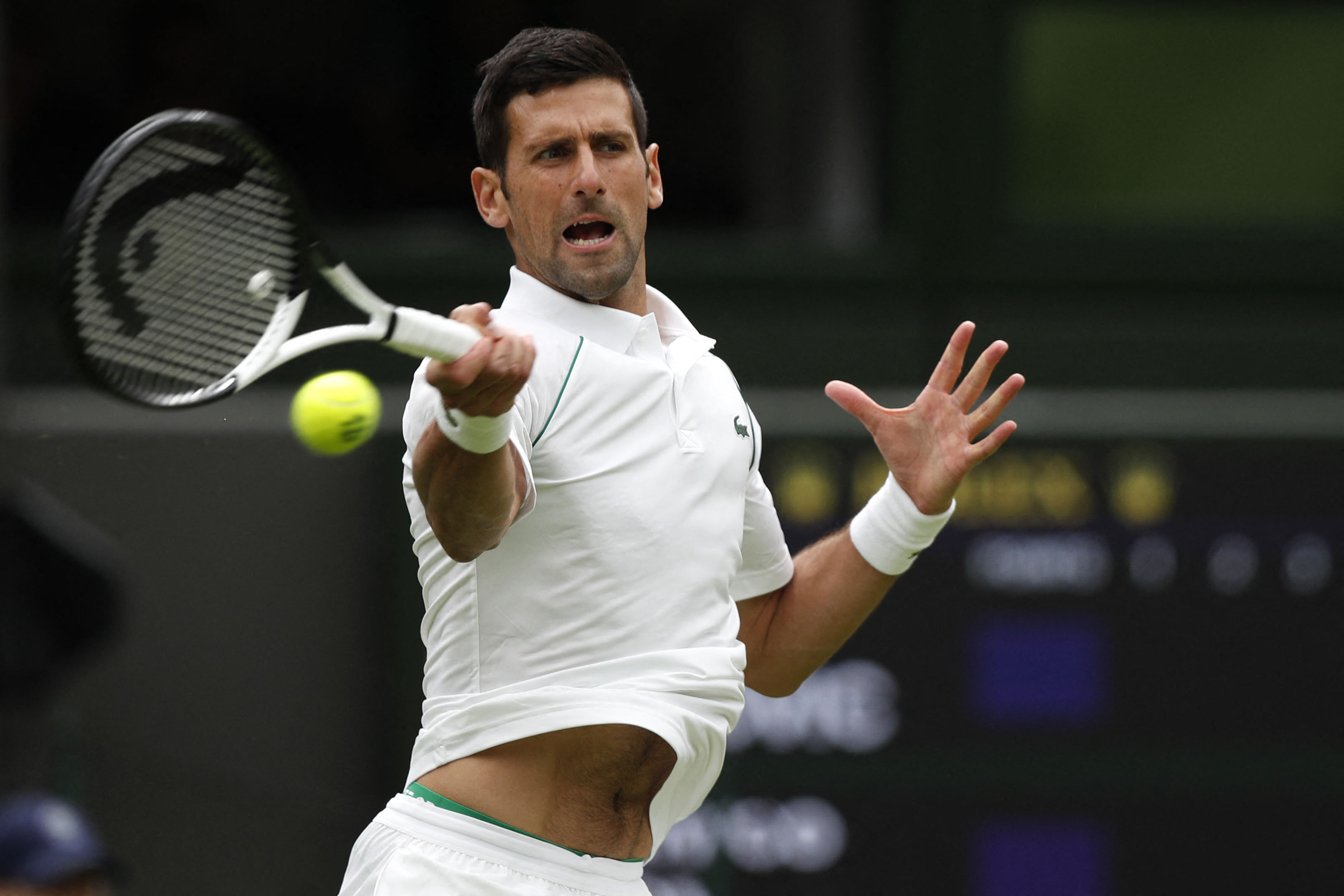 Serbia's Novak Djokovic returns the ball to South Korea's Kwon Soon-woo during their men's singles tennis match on the first day of the 2022 Wimbledon Championships at The All England Tennis Club in Wimbledon, southwest London, on June 27, 2022. (Photo: AFP)

In the opening match on center court on the first competition day, the Serbian ace faced strong challenge from world No. 81 Kwon.

Djokovic was broken first in the first set, but managed to break twice later to take the first set. 24-year-old Kwon showed his quality in the baseline to win the second set, but the experienced 20-time Grand Slam champion was stable enough to go through the first round.

"I think it was a good win against a player who is very talented," said 35-year-old Djokovic, who is aiming at his seventh title at the Wimbledon Championships.

"He has a lot of quality from both forehand and backhand corner. I did not start or did not play at my best, but I think when I needed to find the right shots, I did. I think serve got me out of trouble in some decisive moments. I know I can do better."

But last year's semifinalist Hubert Hurkacz from Poland suffered an early exit as the seventh seed was beaten by Spaniard Alejandro Davidovich Fokina in five sets.

The women's singles third seed Ons Jabeur breezily past the first round by outplaying Mirjam Bjorklund from Sweden 6-1, 6-3.

"To play on Center Court and get a win first time, it's amazing. Now every time I go back, I'm just going to have a great first experience. That always helps," said the 19-year-old who have been struggling since her astonishing victory in Flushing Meadows.

The women's singles world No.1 Iga Swiatek of Poland will play against Croatian qualifier Jana Fett in Tuesday's first match on center court.