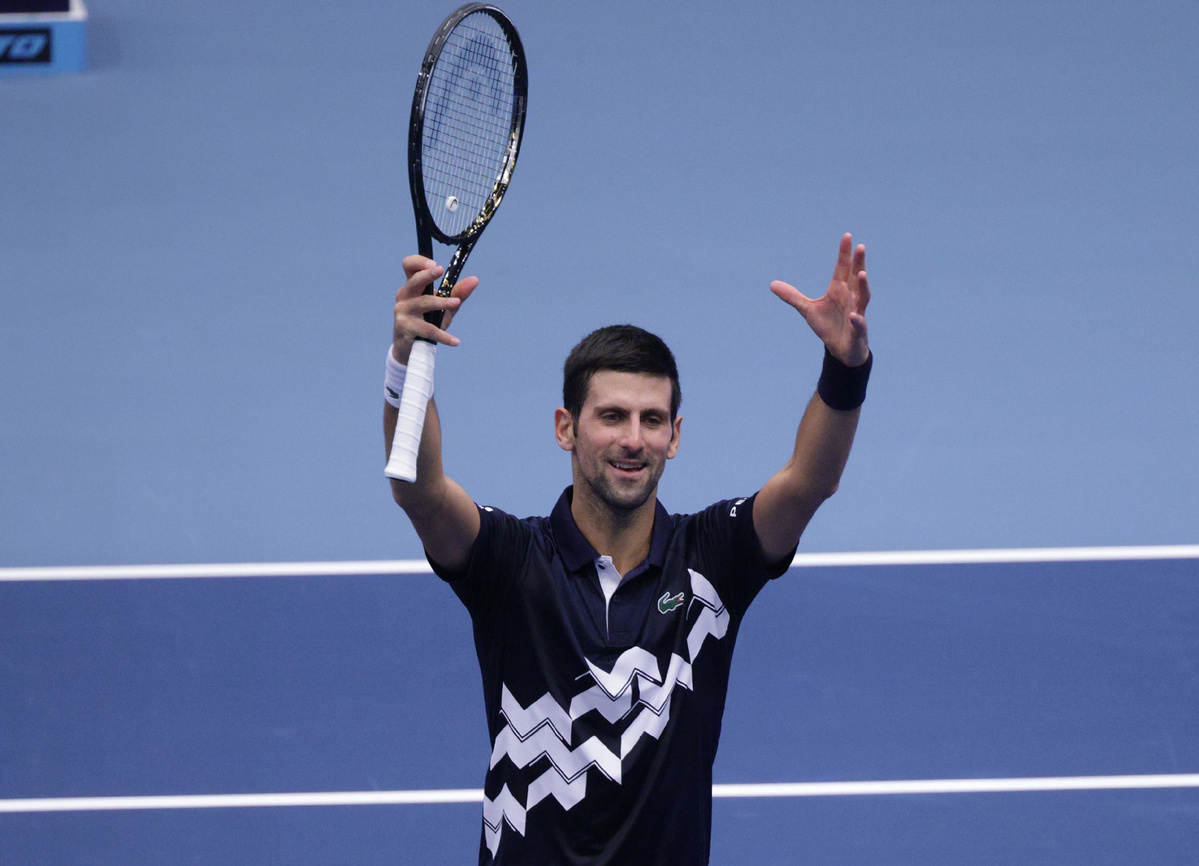 Novak Djokovic virtually ensured equaling Pete Sampras' record of ending the year as world number one for the sixth time on Wednesday when he reached the Vienna ATP quarterfinals.

Djokovic defeated Croatia's Borna Coric 7-6 (13/11), 6-3 and will secure the year-end top spot as long as Rafael Nadal does not take a wild card into the Sofia event next month.

If the 33-year-old Serb wins the Vienna title on Sunday, he will make sure of the landmark regardless of whether or not Nadal plays in Bulgaria.

He shares that mark with career rivals Roger Federer and Nadal.

Sampras achieved the feat six years in succession between 1993 and 1998.

"Sampras was my childhood idol growing up and it will be amazing to tie his record by being the year-end world number one six times," Djokovic said on Sunday.

Djokovic also has another target – beating Federer's all-time best of 310 weeks spent on top of the rankings.

He is currently enjoying his 292nd week in total as world number one.

Should he stay in pole position, he will pass Federer in early March 2021.

Djokovic, a 17-time Grand Slam title winner, is playing his first tournament since his straight sets loss to Nadal in the Roland Garros final over two weeks ago.

He is seeking a fifth title of the year and next faces either Poland's Hubert Hurkacz or Italian lucky loser Lorenzo Sonego.