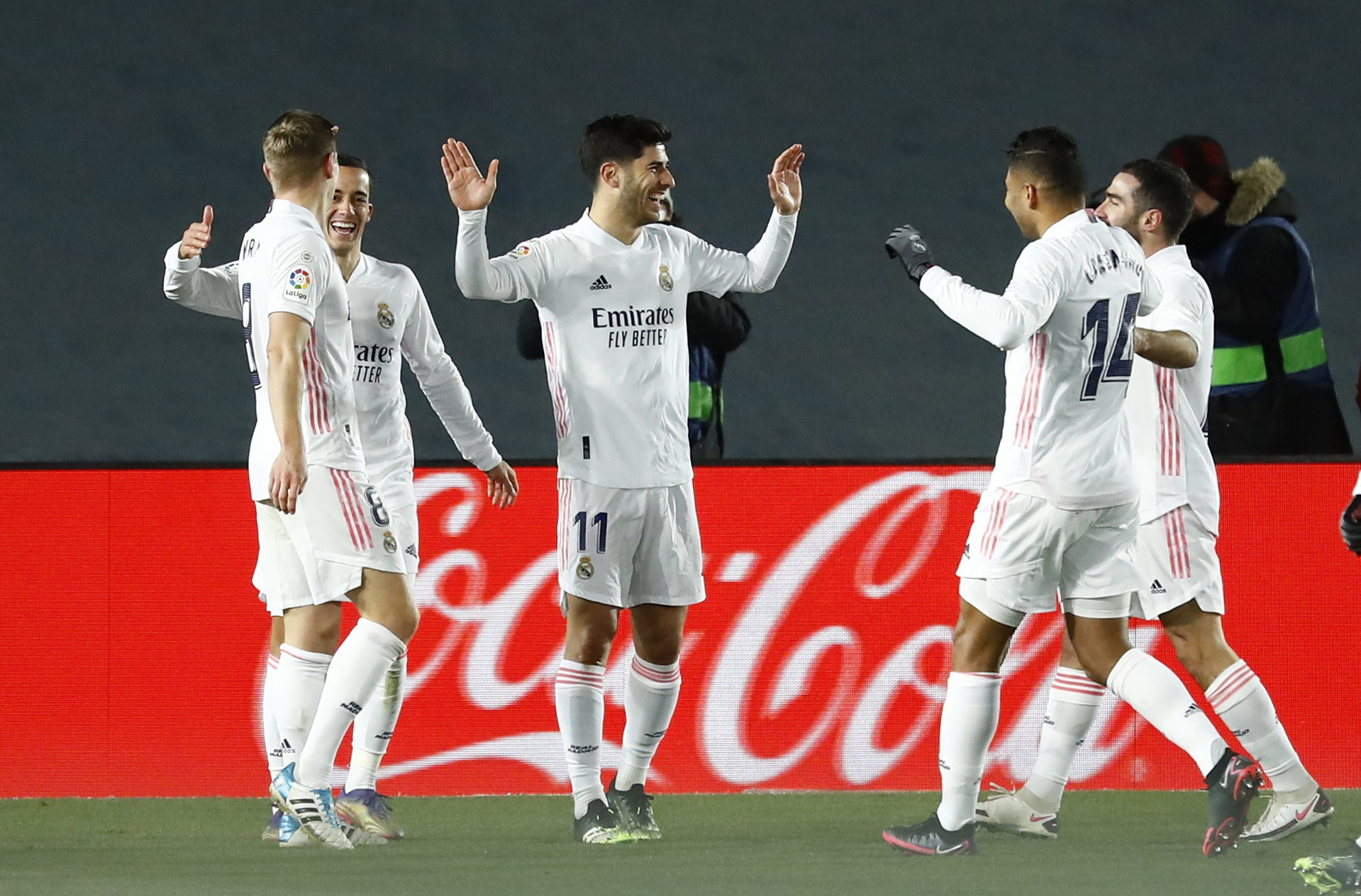 Real Madrid's Marco Asensio celebrates scoring their second goal with teammates during a La Liga match against Celta Vigo at the Estadio Alfredo Di Stefano in Madrid on Jan 2, 2021. [Photo/Agencies]

MADRID - Real Madrid went to the top of La Liga after a surprisingly easy home win against Celta Vigo on Saturday night.

A first-half header from Lucas Vazquez after just 6 minutes put Real Madrid on their way against a rival that showed none of the attacking flair they had shown in taking five wins from their last six games, and Marco Asensio's powerful 53rd minute shot from the middle of the area sealed the win.

Zinedine Zidane's side has a one-point lead over Atletico Madrid, who have three games in hand and play away to Alaves on Sunday.

Villarreal returns to the top-four after a 2-1 win at home to Levante which ended up being more complicated than it had looked in the 54th minute when they led 2-0, thanks to goals from Fernando Nino and Gerard Lopez, with the game seemingly under control.

Sergio Leon pulled a goal back for Levante with a 74th-minute header, but despite controlling the closing minutes, the visitors were unable to find an equalizing goal.

Betis and Sevilla shared the points in the Seville derby with Suso putting Sevilla ahead with a left-foot finish in the 48th minute, only for Sergio Canales to level from the penalty spot five minutes later.

Nabil Fekir had the chance to win the game for Betis with another penalty which he won, 15 minutes from time, but his spot-kick was well saved by Bono in the Sevilla goal.

Sean Weissman's 37th goal gave Valladolid a 1-0 win away to Getafe in a tight match, which leaves the home side just two points above the relegation zone while lifting Valladolid out of the bottom three and above their rivals.