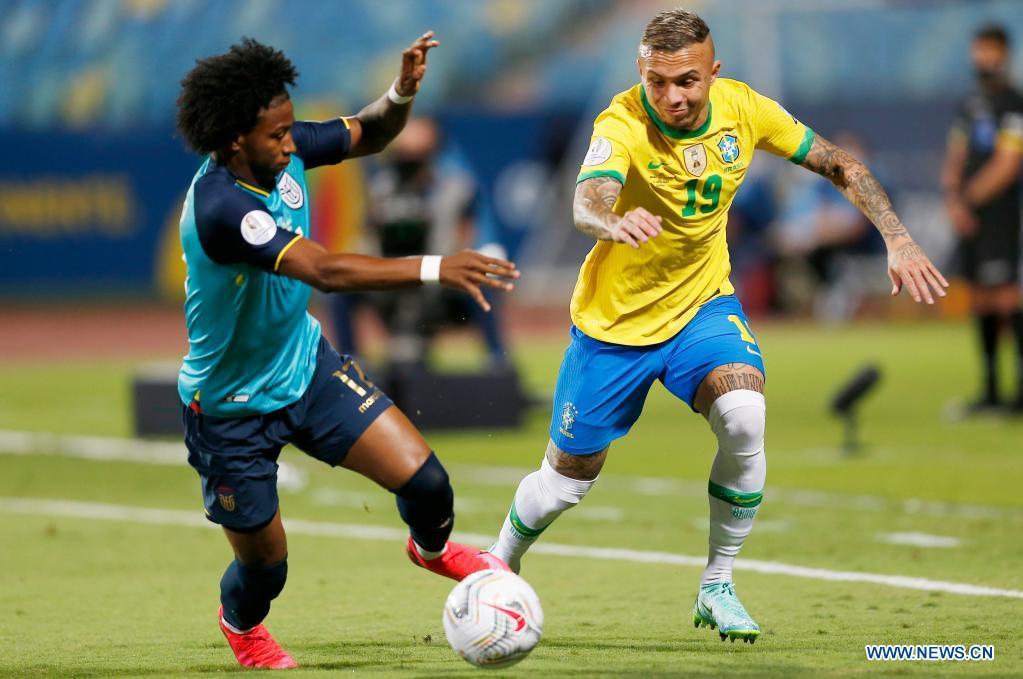 Ecuador advanced to the Copa America quarterfinals on Sunday after Angel Mena's second-half strike earned the Tricolor a 1-1 draw with Brazil.

The tournament hosts began the match with Neymar and several other regular first-team players on the bench as head coach Tite continued his rotation policy.

Eder Militao put the defending champions ahead just before halftime by rising highest after an Everton Soares set piece to send a powerful header into the top right corner.

Angel Mena, who replaced the injured Moises Caicedo in the first half, equalized just after the interval, thumping a close-range shot past goalkeeper Alisson after Enner Valencia's looping header.

The result ended a run of 10 consecutive wins for Brazil, who still enter the knockout stage having topped Group B with 10 points from four games.

Ecuador, who finished the competition's first phase with three points, secured a berth in the last eight despite failing to register a victory.

In Sunday's other Copa America match, Andre Carrillo scored just after halftime to hand Peru a 1-0 win over eliminated Venezuela.

The Blanquirroja clinched second place in Group B with seven points while Venezuela finished fifth with two points.