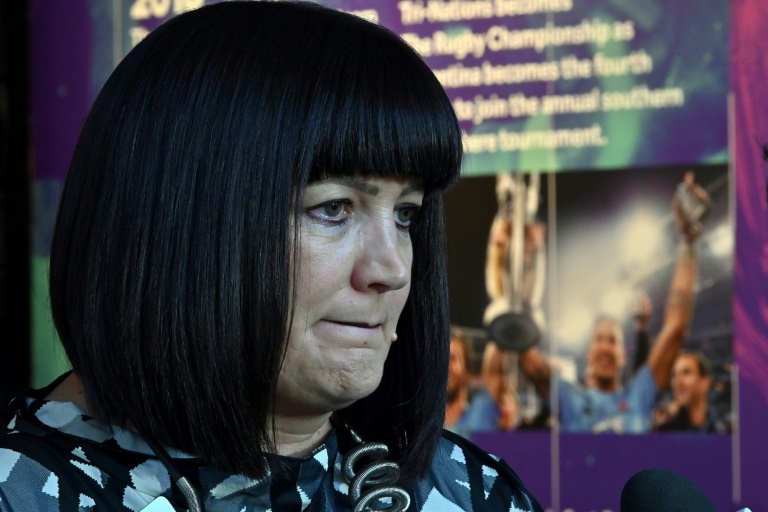 The 48-year-old New Zealander had been the subject of growing speculation after the coronavirus shutdown piled further pressure on the governing body.

"The game is bigger than any one individual -– so this evening I told the chair (Paul McLean) that I would resign from the role," Castle said in a statement.

"I will do whatever is needed to ensure an orderly handover."

But the problems have kept piling up, including the costly sacking of star fullback Israel Folau for homophobia -- which ended in a reported multi-million dollar settlement.

The Wallabies were thrashed by England in last year's World Cup quarter-finals and Australia's Super Rugby teams have long underperformed, while the demise of a lucrative TV deal has clouded the sport's future.

"I love rugby on every level and I will always love the code and the people I have had the honour of working with since I took this role," Castle said.

"I made it clear to the board that I would stand up and take the flak and do everything possible to serve everyone's best interests.

"In the last couple of hours it has been made clear to me that the board believes my no longer being the CEO would help give them the clear air they believe they need."

Castle's position had looked perilous in recent days, after a letter reportedly signed by 11 former Wallabies skippers called for the Rugby Australia leadership to step down.

Rugby Australia laid off most of its staff and slashed players' pay by 60 percent as it grapples with the coronavirus crisis, which looks set to torpedo much of this year's Wallabies schedule.

On Wednesday, Castle raised hopes Australia, where COVID-19 cases are dwindling, could face New Zealand's All Blacks later this year, salvaging some Tests from the ravaged sporting calendar.

But a day later she announced her departure to Rugby Australia chairman McLean, a former Wallabies captain.

"I wish the code and everyone who loves rugby nothing but the best and I would like to thank the people I work with and the broader rugby community for their enormous support," Castle's statement said.