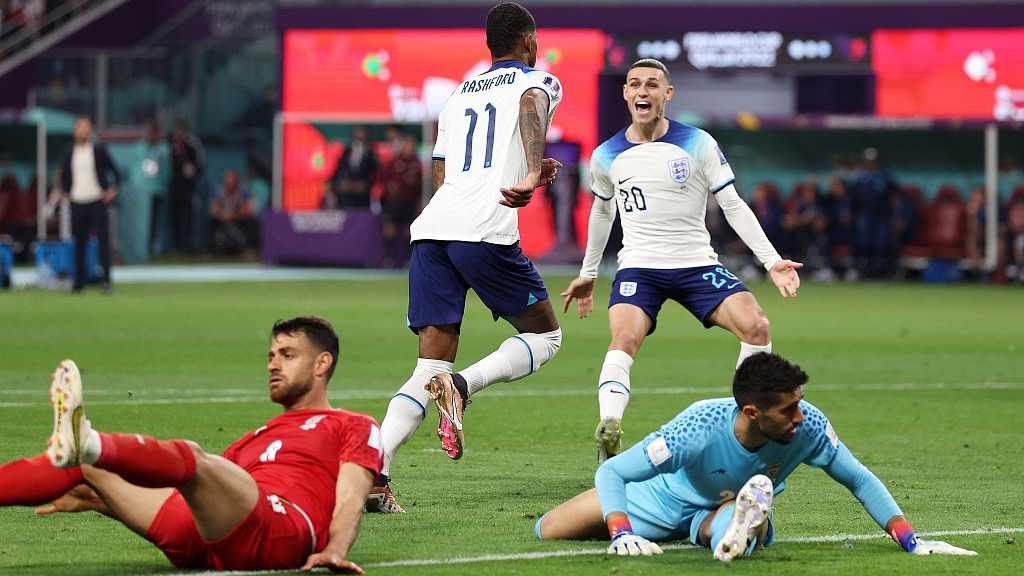 Where should we begin? The emergence of 19-year-old Jude Bellingham, who was at the heart of England's lustrous attack against Iran despite his tender age? The ingenuity of Bukayo Saka, whose electrifying brace made what looked a tricky fixture on paper a comfortable stroll?

The renaissance of Raheem Sterling, who shelved concerns over his poor club form and demonstrated his chemistry with Harry Kane with a sumptuous goal? Or the tactical shrewdness of Gareth Southgate, who proved his detractors wrong by getting all the big calls right and masterminding a much-needed statement performance for the Three Lions?

Despite arriving in Qatar on the back of a six-game winless run, England's 2022 World Cup campaign could not have gotten off to a better start at the Khalifa International Stadium as they ruthlessly thrashed Asia's top-ranked team Iran 6-2 thanks to a double from Saka and efforts from Bellingham, Sterling, Marcus Rashford and Jack Grealish. 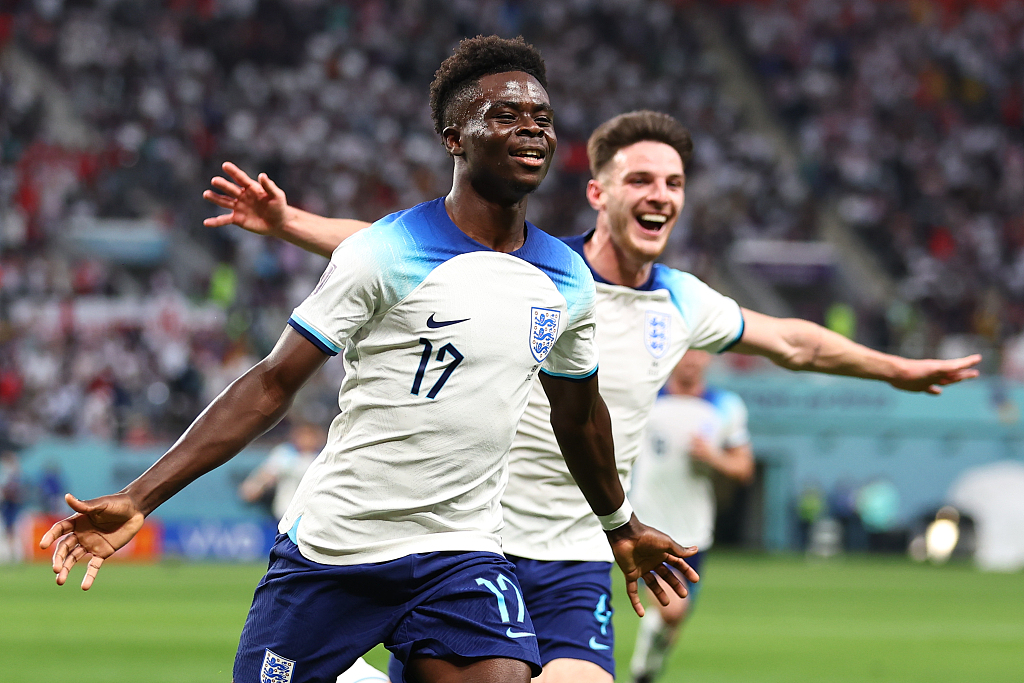 This was England's biggest win in the opening game of a major tournament and Southgate's side join Germany as the only teams in the past 30 years of the World Cup to score six or more goals in their opener. Though there were still a few defensive issues – Iran's Porto star Mehdi Taremi netted two consolation goals at the latter stage of the contest – England are brimmed with invention, creativity and sharpness.

Carlos Queiroz's uncharacteristic timid side, who had kept 14 clean sheets in their previous 20 outings before the showdown on Monday, simply could not cope. As the only team to have reached the last four of both the 2018 World Cup and Euro 2020, England were firing on all cylinders.

Bellingham was a spirited presence in midfield, Saka couldn't help but producing a series of brilliant individual footworks, substitutes Rashford and Grealish put the gloss on the masterclass and further cemented England's status as one of the favorites for the World Cup. 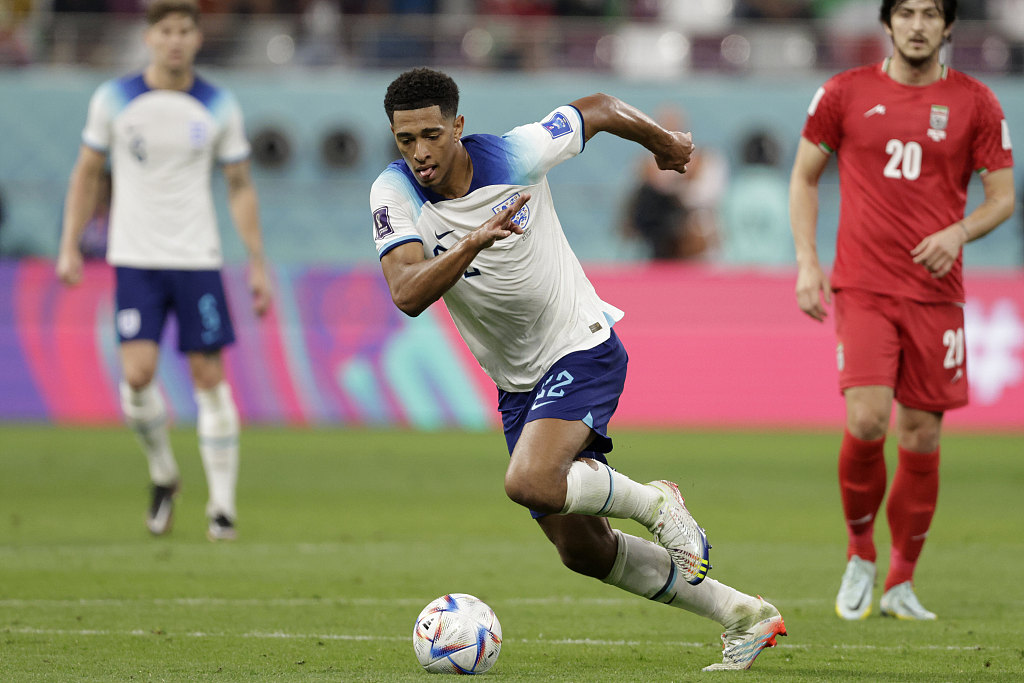 "It's a real positive start," beamed midfielder Declan Rice. "I think there were probably a lot of doubts over us before the start of the tournament and a lot of talk about us not winning in our last six games.

"By our standards and the players we've got, we know it hasn't been good enough. But it's a World Cup stage, you can see there was a fire in our stomachs tonight to go out there and prove a lot of people wrong. We can say it's 'only Iran' but they've had some good results ... in September they beat Uruguay, drew with Senegal, so they're a tough side."

Southgate, however, warned that England must improve their focus after allowing Taremi to give the scoreline a more respectable look with two late goals. "I wasn't pleased with how we finished the game, conceding two goals," he said. "We are going to have to be better against the USA because they are going to come at us full throttle. I understand the focus drifting a bit, but we still have a lot to do to qualify."

Next up for England is a much-anticipated clash with the U.S., who failed to take advantage of a strong first half in a hard-fought 1-1 draw with Wales later in the day. Timothy Weah scored a smart goal just after the half-hour mark to give the U.S. the lead at half-time, but Gareth Bale once again rode to Wales' rescue. 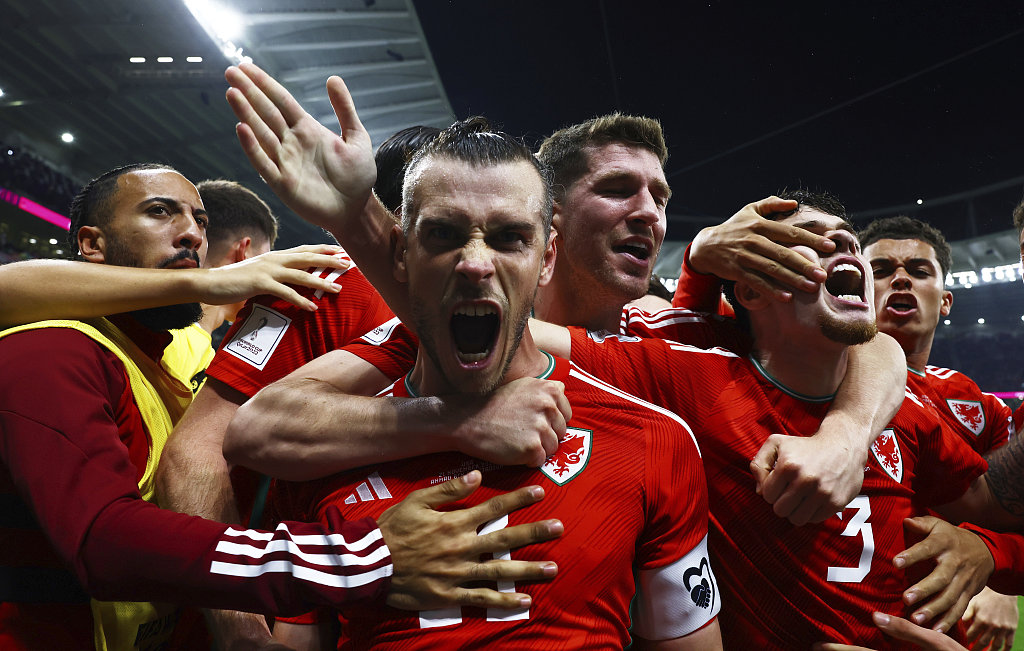 No team had waited as long between a first and second appearance at the World Cup as Wales had done with their 64-year absence, and as their most recognizable superstar and all-time top scorer, Bale has taken that responsibility on his shoulders.

Just when you thought the U.S. were heading for a massive win and Bale would have a quiet night, the Wales talisman drew a foul from Walker Zimmerman in the penalty area and the whole world knew what would happen next. Bale effortlessly stepped up to fire his spot-kick into the top corner to earn his side a precious point.

"He has never let us down," Wales coach Rob Paige said of his captain's enviable ability to deliver on the big stage. "Irrespective of what he does at club level, he manages to put the jersey on for Wales and does things that surprise people." 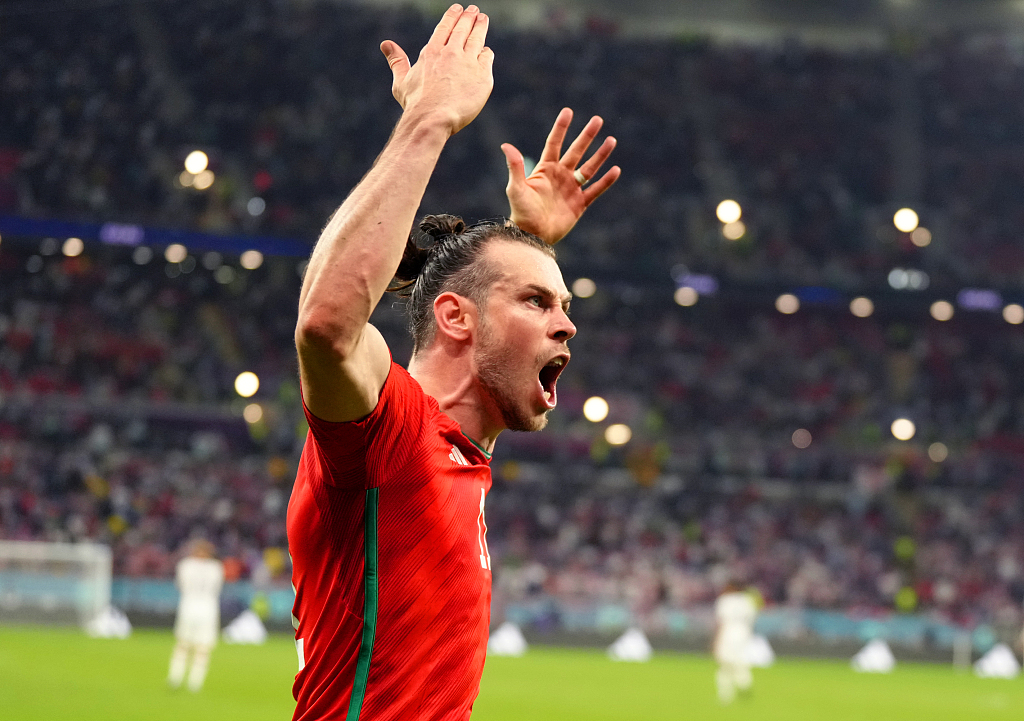 "I said to him on about 75 minutes, 'Are you OK to carry on?' and he went, 'Yeah, I'm fine.' And at the end of the game he said, 'That's why I stayed on.' He looks after himself, he manages himself through games. If he'd have gone full-tilt from the first whistle, he probably wouldn't have lasted until half time. But he's very experienced and clever at managing his body."

While Bale's name was sung by the delirious Wales fans at the final whistle, Page's side will attempt to keep the momentum and take on Iran on Friday knowing that victory would give them a chance of advancing to the knockout stage.

Meanwhile in Group A, late goals from in-form Eindhoven star Cody Gakpo and Ajax veteran Davy Klaassen gave the Netherlands a 2-0 win over Senegal at the Al Thumama Stadium. They now sit joint-top with Ecuador, who swatted aside hosts Qatar 2-0 on Sunday.