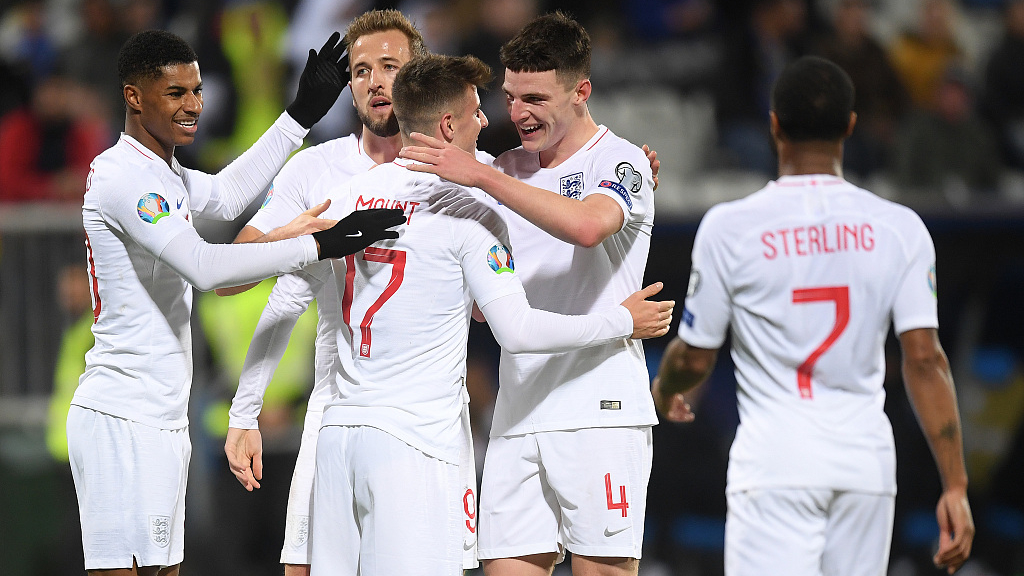 Players of England celebrate a goal during the UEFA Euro 2020 Qualifier between Kosovo and England in Pristina, Kosovo, November 17, 2019. /VCG

Players of England celebrate a goal during the UEFA Euro 2020 Qualifier between Kosovo and England in Pristina, Kosovo, November 17, 2019. /VCG

The England men's team have made a "significant donation" to the National Health Service to help the fight against the coronavirus.

Gareth Southgate's squad have used match fees dating back to September 2018 to make the donation.

The cash will go to NHS charities and the move comes in conjunction with the 'Players Together' movement involving Premier League stars from a host of clubs.

A players' fund already exists to support a selection of good causes, with a portion now steered directly towards the under pressure health service during the coronavirus pandemic.

A statement released on the official England Twitter feed read: "Following positive discussions with The FA, the England senior men's squad are pleased to confirm that a significant donation from their international match fees will be made to NHS Charities Together via the #PlayersTogether initiative.

"This contribution will be taken from a fund already set aside to support a variety of worthy causes using all match fees collated since September 2018. We are also grateful to The FA for committing their support to the #PlayersTogether initiative for the foreseeable future by helping to raise awareness and funds to assist throughout the fight against COVID-19 and beyond.

"This is in addition to the senior women's squad's commitment to #PlayersTogether as we stand united as England players behind the nation during this crisis and our collective prayers and thoughts remain with all those affected."

The England Footballers Foundation was set up in 2007 and was reported to have generated over five million pounds (6.22 million U.S. dollars) in the subsequent decade.

The current batch of funds, from which the NHS will benefit, covers all senior men's internationals since the 2018 World Cup, a total of 16 matches.