England missed a chance to book their place in the last 16 at Euro 2020 as Scotland kept their own hopes alive with a well deserved 0-0 draw on Friday.

Gareth Southgate's side would have been guaranteed to advance from Group D with a win over their old rivals at Wembley.

But lethargic England managed just one shot on target and Scotland's combative display could easily have earned all three points.

Despite a flop that saw them booed off at full-time, England have four points and will be certain of qualifying if they avoid defeat by the Czech Republic in their last group game on Tuesday.

Scotland, in their first major tournament since the 1998 World Cup, looked far more composed than in their opening 2-0 loss to the Czech Republic.

They remain in with a chance of going through if they win their final match against Croatia. 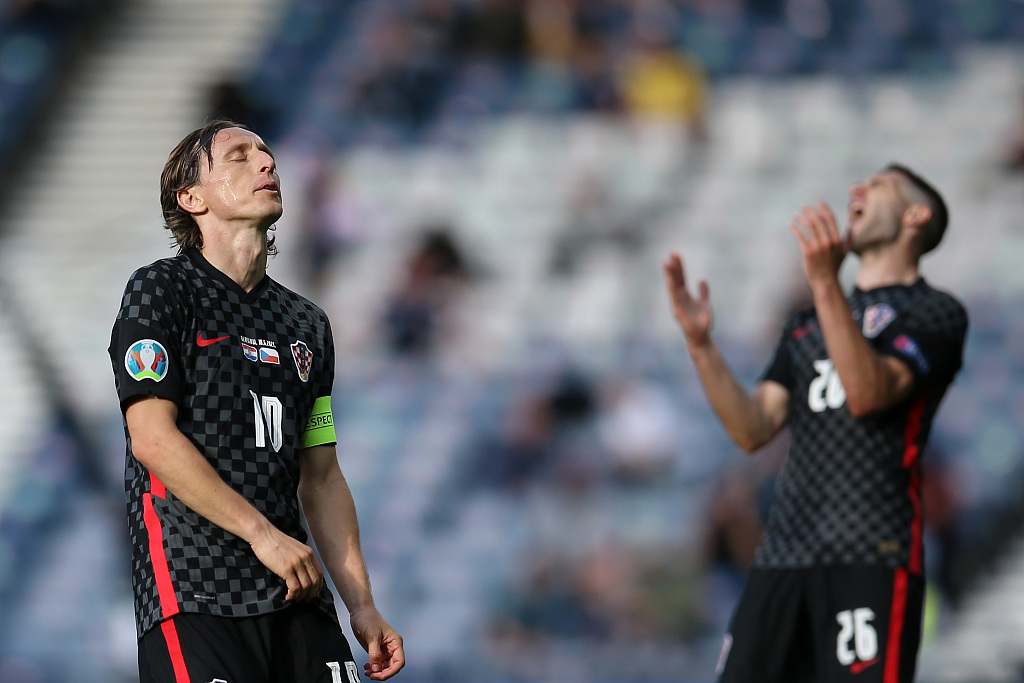 For other games, Patrik Schick moved top of the Euro 2020 goalscoring charts with his third of the tournament as the Czech Republic held Croatia 1-1 in Glasgow to edge toward the last 16.

Emil Forsberg scored Sweden's first goal of the Euro 2020 from the penalty spot as they edged out Slovakia 1-0 to boost their qualification hopes from Group E.