Spain coach Luis Enrique surprisingly left Sergio Ramos out of his 24-man squad for this summer's European Championships when he named it on Monday. 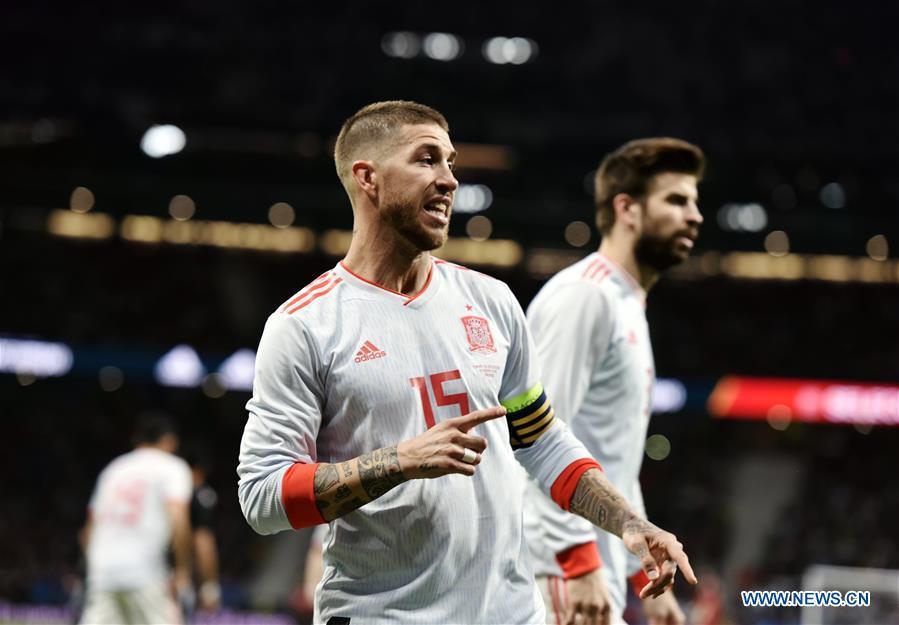 The coach omitted the 35-year-old Real Madrid defender, who has made a record 180 appearances for his country after injury has kept Ramos to just a handful of appearances since the start of the year.

"It was a very difficult decision but he has not been able to play this season and has hardly trained since January...I feel bad, because he is very professional and he helps the national team a lot. And he can still help it in the future. But I have to look for the best for the squad," explained the Spain coach, who hasn't included any Real Madrid players, with Dani Carvajal and Lucas Vazquez also injured.

Ramos accepted the decision, commenting that although "it hurt" not to be able to help his country, "It is better to be honest and sincere and it is better for me to rest and fully recover."

Athletic Club Bilbao's Inigo Martinez was also left out of the squad, with Martinez issuing a statement to explain he was "physically and mentally exhausted" after the season and had asked for club and country for a rest.

Luis Enrique covers those absences by calling up Manchester City's Aymeric Laporte, with the French defender eligible to play for Spain after being granted Spanish nationality a fortnight ago and after 12 appearances for France Under-19 and 19 appearances at Under-21 level.

Unai Simon looks as if he will be the first-choice keeper, although he will face pressure from David de Gea, while Brighton's is along as third keeper.

Chelsea veteran Cesar Azpilicueta is included among the defenders, while Barcelona's 18-year-old midfielder Pedri also makes the club, along with Eric Garcia, who has hardly played for Manchester City this season and is expected to join FC Barcelona this summer.