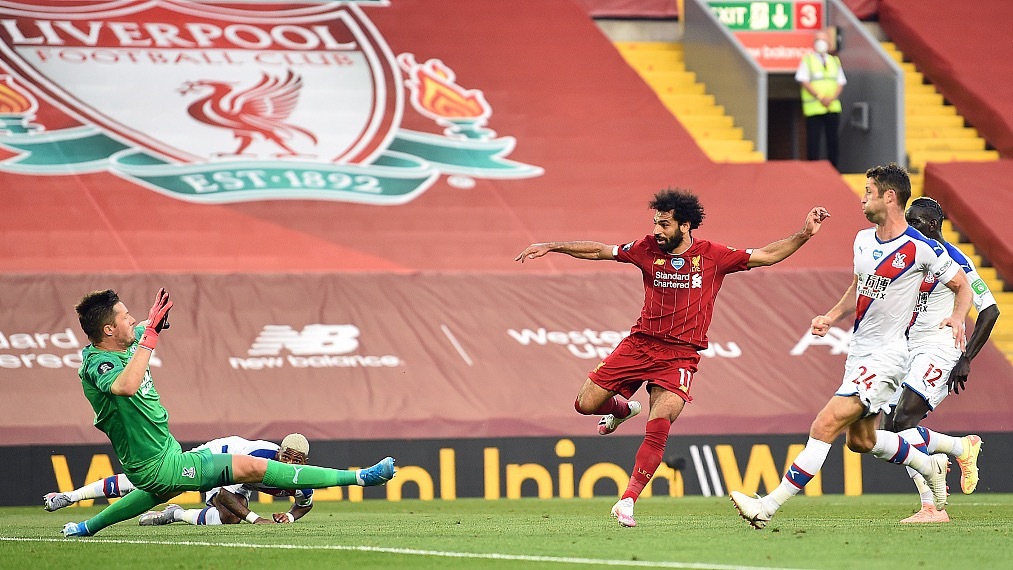 Liverpool were back at their lethal best to beat Crystal Palace 4-0 at Anfield on Wednesday, moving within two points of securing the Premier League title.

The victory, with goals from Trent Alexander-Arnold, Mohamed Salah, Fabinho and Sadio Mane, ensured Juergen Klopp's side could be crowned champions on Thursday if second-placed Manchester City fail to win at Chelsea.

Should Pep Guardiola's side win at Stamford Bridge, Liverpool could finish the job with a victory in their next game, against defending champions City, on July 2.

It was such a dominant performance from Klopp's side, who had been held to a 0-0 draw by Everton on Sunday, that Palace did not have a single touch in Liverpool's penalty area – the first time that has occurred in the Premier League since Opta began collating such stats in 2008. 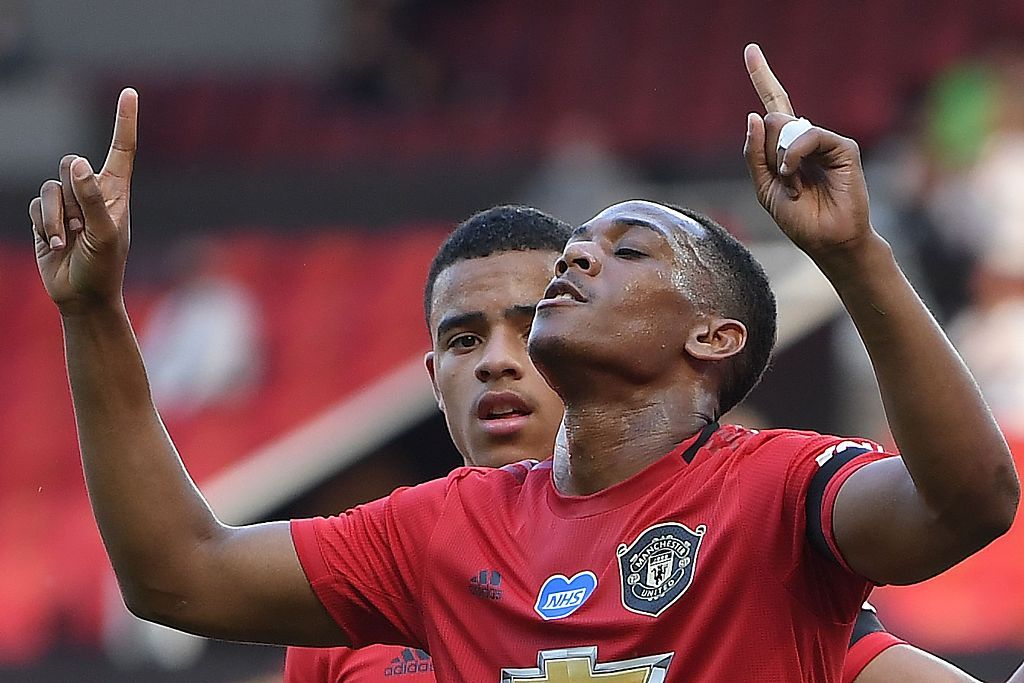 The French forward's maiden career treble was also the first by a United player in the league since former manager Alex Ferguson retired in 2013 after they won their record 20th league title.

United stayed fifth in the standings on 49 points from 31 games, two behind fourth-placed Chelsea whose game in hand is a home clash with champions Manchester City on Thursday.

Martial took his league tally to 12 goals, surpassing his previous record of 11 amassed in the 2015-16 season.

In La Liga, Real Madrid eased to a 2-0 home victory over Real Mallorca thanks to goals in each half from Vinicius Jr. and Sergio Ramos to stay in charge of the La Liga title race ahead of Barcelona.

Brazilian youngster Vinicius opened the scoring with a cool finish in the 19th minute after missing an earlier chance and he hit the crossbar later in the first half.

Captain Ramos doubled Madrid's lead with a superb free kick, curling the ball over the wall and into the top corner to score his eighth goal of the league season and his 10th in all competitions. 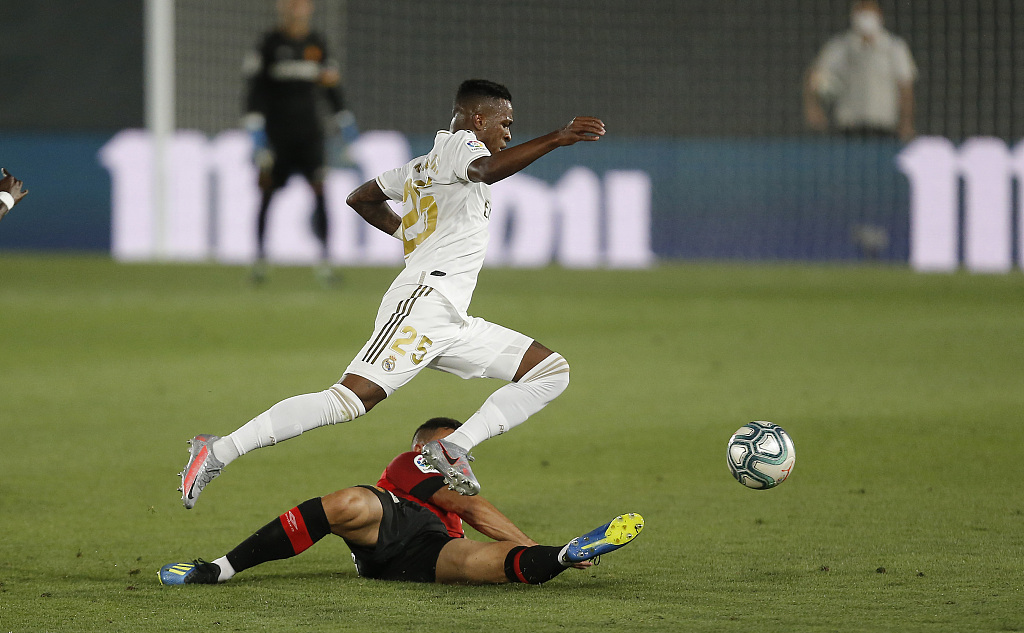 Real's fourth win in a row since the season returned took them back to the top of the table on 68 points after 31 games, level with Barcelona but ahead of the Catalans due to their superior head-to-head record.

Mallorca forward Luka Romero, 15, became the youngest player to make his La Liga debut when he came off the bench.

Aged 15 years and 229 days, Romero came on in the 83rd minute to break a record lasting over 80 years held by former Celta Vigo player Francisco Bao Rodríguez, known as Sanson, who made his first La Liga appearance in 1939 aged 15 and 255 days.

The son of Argentine lower league player Diego Romero, the forward was born in Mexico but represents Argentina at youth level and has been at Mallorca's academy since age 10, having moved to Spain aged two.

Meanwhile in Italy, Atalanta came roaring back from two goals down to beat Lazio 3-2 and damage the Rome side's Serie A title hopes.

Inter Milan squandered chances and drew 3-3 at home to mid-table Sassuolo. The result left Inter with 58 points, eight behind Juventus with 11 matches to play.