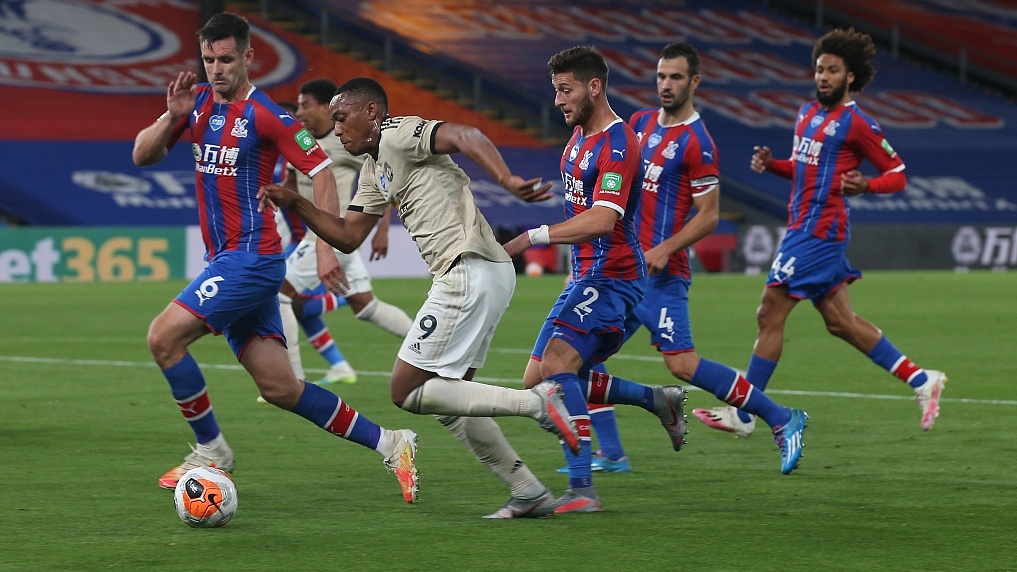 Manchester United beat Crystal Palace 2-0 to keep the pressure on Leicester after their top-four rivals defeated Sheffield United as the battle for Champions League qualification heated up on Thursday.

Ole Gunnar Solskjaer's side had no margin for error after Leicester's 2-0 victory earlier in the day and they responded thanks to goals from Marcus Rashford and Anthony Martial.

United's fifth win in their last six league games leaves them in fifth place in the Premier League.

They are level on points with fourth-placed Leicester, trailing them on goal difference, and one point behind third-placed Chelsea.

With the financial implications of failing to reach the Champions League certain to be painful for United, Solskjaer's men will be under intense pressure in their final two league games.

After Sunday's FA Cup semi-final against Chelsea, United host West Ham on Wednesday before a decisive showdown at Leicester on July 26.

United could also qualify for the Champions League if they win the Europa League, which is set to resume in August. 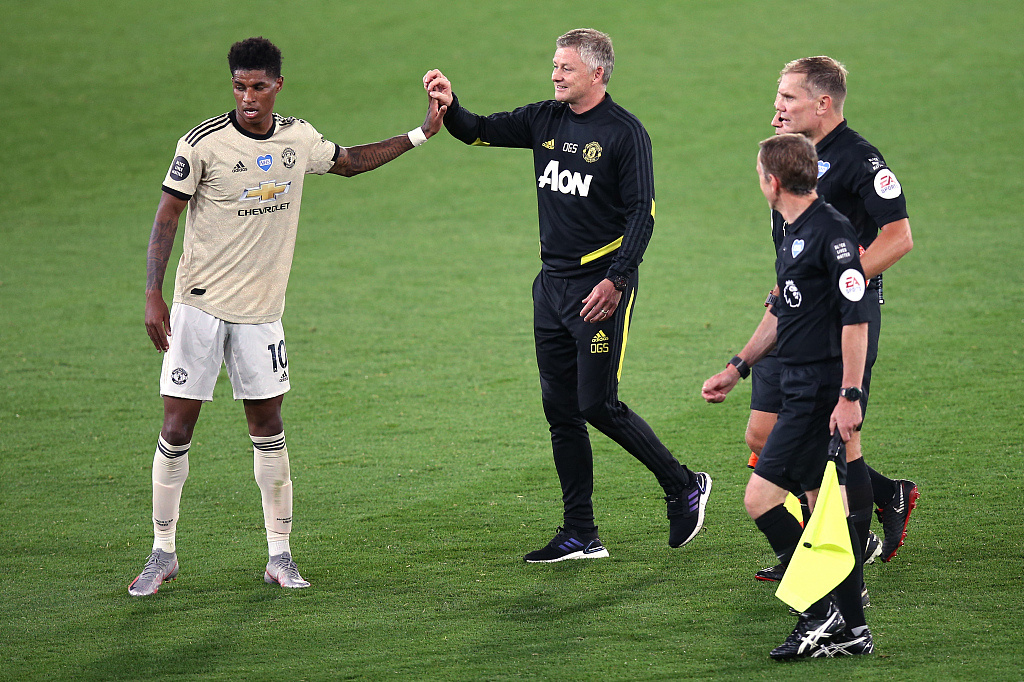 "No one thought in January that we would be in with a shout for the top four. We have done fantastic since the restart," Solskjaer said.

Rashford broke the deadlock in first-half stoppage-time when the England forward cleverly deceived two Palace defenders with a drag-back and slotted home from close range.

Palace complained vehemently that they should have been given a penalty moments earlier when Wilfried Zaha went down after contact from Victor Lindelof.

Referee Graham Scott waved away their appeals and VAR didn't change the decision, with replays showing Lindelof got a slight touch on the ball.

Palace were denied again in the second half when Jordan Ayew's goal was ruled out for offside by VAR.

"What's the point in getting into it? If I said it was, they say it wasn't, it becomes like a Christmas pantomime," Palace boss Roy Hodgson said of the VAR controversy.

Martial killed off Palace in the 78th minute with a clinical finish after good work by Rashford. 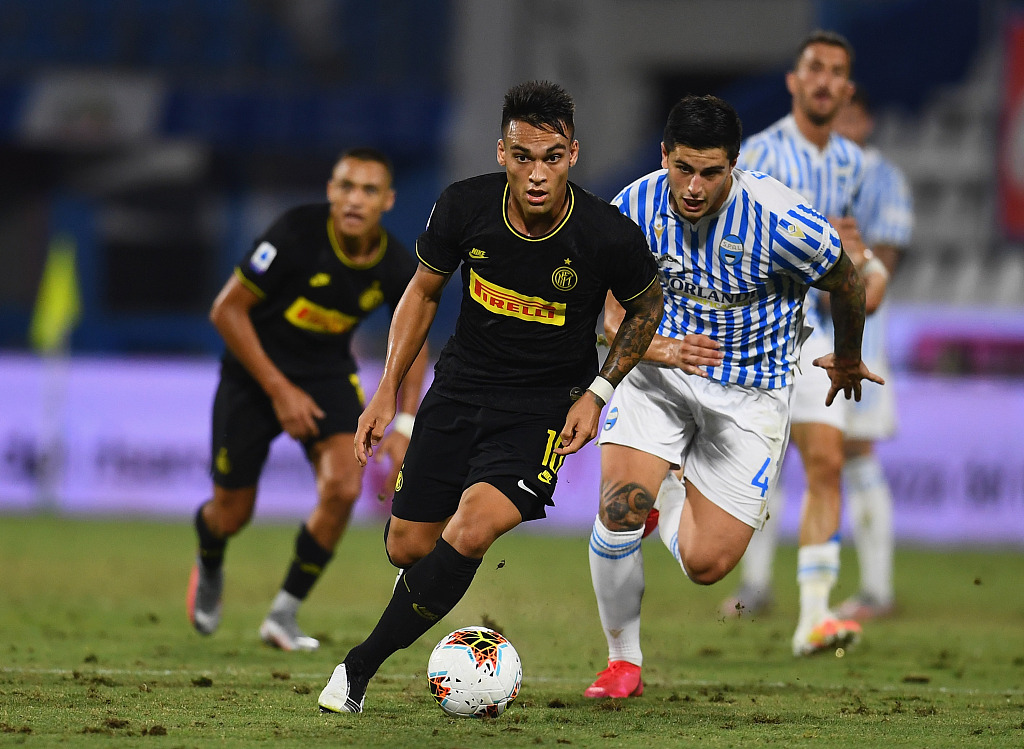 Elsewhere, Antonio Conte hailed in-form Alexis Sanchez as an "extra weapon" as the Chilean inspired Inter Milan to a 4-0 win over lowly SPAL to move second in Serie A, six points behind leaders Juventus.

Sanchez's Inter career started off badly, with injuries holding him back, but the on-loan forward is now proving to be a key player in Inter's title challenge.

Conte's side revived their title challenge, taking advantage of defending champions Juventus' draw with Sassuolo on Wednesday, with Atalanta a further point adrift in third with five games left to play.

Former Manchester United and Arsenal forward Sanchez teed up Antonio Candreva for the opener eight minutes before the break in Emilia-Romagna.

Cristiano Biraghi added a second on 55 minutes and then crossed for Sanchez to head in on the hour mark. Ashley Young picked out Roberto Gagliardini to tap in a fourth with 16 minutes to go.

Juventus have taken just two points in their last three matches, but have the advantage of a superior head-to-head record over Inter.

Maurizio Sarri's champions next play fourth-placed Lazio, still only eight points off the pace themselves, while Inter take on fifth-placed Roma this weekend.

Inter are bidding for their first Scudetto since winning the treble in 2010 under Jose Mourinho.

Luigi Di Biagio's SPAL are bottom of the table, 11 points from safety, with a return to Serie B looming.