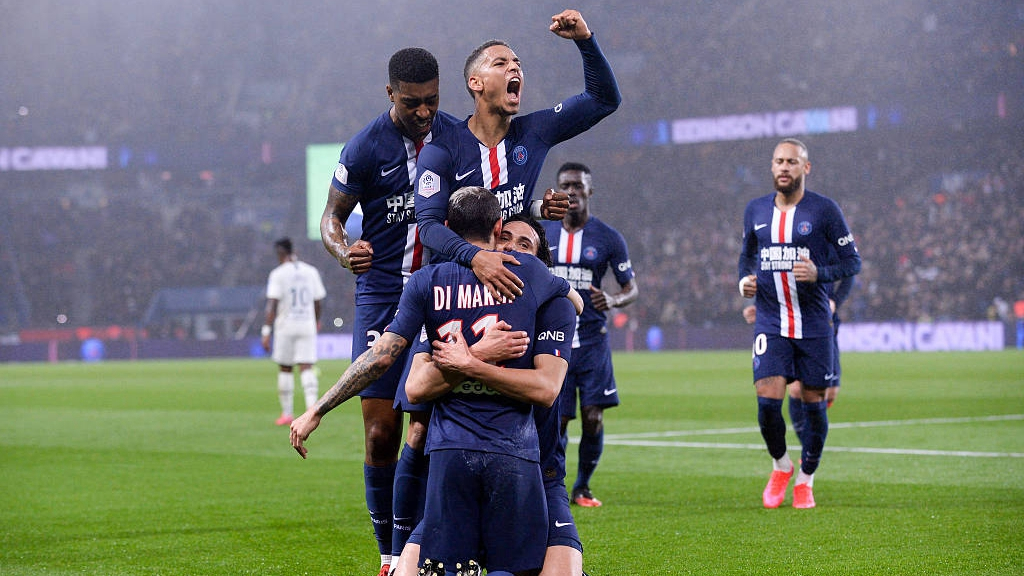 Edinson Cavani scored his 200th Paris Saint-Germain goal and Marquinhos netted twice as the Ligue 1 leaders bounced back from their Champions League defeat by Borussia Dortmund to beat Bordeaux 4-3 on Sunday, but their victory was marred by Neymar's late sending-off.

After losing 2-1 in Germany in the first leg of their Champions League last-16 tie in midweek, PSG's defensive weaknesses were again exposed as South Korean international Hwang Ui-jo gave Bordeaux the lead at the Parc des Princes.

PSG turned it around thanks to goals by Cavani and Kylian Mbappe either side of a Marquinhos brace, but at the other end there was a bizarre goal credited to the Brazilian defender Pablo and a Ruben Pardo strike had the home side hanging on at the finish.

A richly entertaining encounter then concluded with Neymar being sent off in stoppage time for a second yellow card for grappling with Bordeaux's Yacine Adli, leaving the world's most expensive player facing a suspension.

It is another unwanted problem for coach Thomas Tuchel, who are now 13 points clear at the top of Ligue 1 from Marseille after Andre Villas-Boas's side were beaten 3-1 by Nantes on Saturday.

Earlier on Sunday, Rennes reclaimed third place from Lille by coming from behind to beat Nimes 2-1 in Brittany as M'Baye Niang scored a brace. Lille had beaten bottom club Toulouse 3-0 on Saturday. 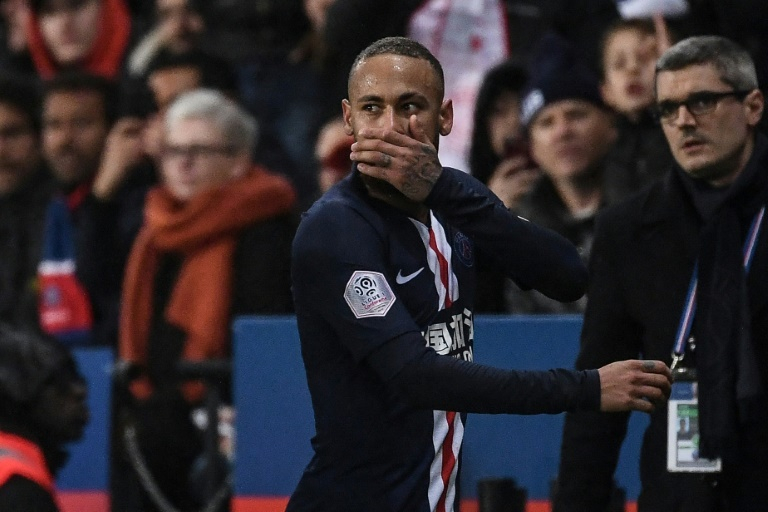 Elsewhere, Manchester United moved onto the shoulder of fourth-placed Chelsea on Sunday after brushing aside lowly Watford as Wolves and Arsenal also staked their claims for Champions League football next season.

With runaway leaders Liverpool looking certain to win the Premier League, attention has switched to the race for European places, with just 10 points separating Chelsea from Southampton, in 12th spot.

New signing Bruno Fernandes opened his goalscoring account for United at Old Trafford from the penalty spot before impressive second-half goals from Anthony Martial and Mason Greenwood sealed a 3-0 win.

It means United, who have struggled to find consistency all season, are now in fifth place on 41 points, just three adrift of Chelsea.

Wolves, in eighth place, are just two points behind United after a convincing 3-0 win against bottom-club Norwich at Molineux.

Diogo Jota scored twice and Raul Jimenez poached his 21st goal in all competitions during the current campaign early in the second period to leave Norwich seven points adrift of safety and looking doomed. 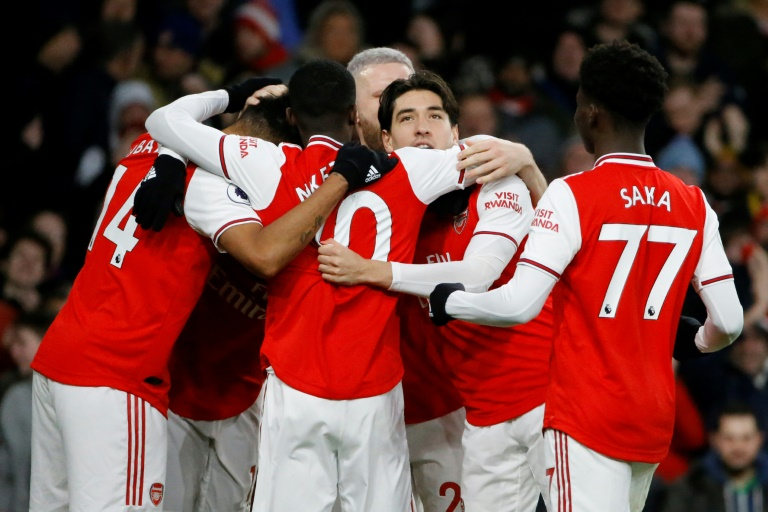 Dominic Calvert-Lewin finished acrobatically after Arsenal failed to deal with a free-kick in the first minute but Eddie Nketiah levelled in the 27th minute and six minutes later the home side were ahead when Pierre-Emerick Aubameyang raced clear and finished coolly.

Richarlison equalised for Everton in first-half stoppage time but Arsenal retook the lead moments after the restart through Aubameyang, who is now the joint leading scorer in the Premier League with 17 goals.

Arsenal are unbeaten in seven league matches and Sunday's win lifted them to ninth in the table.

In Spain, Atletico Madrid followed up their surprise win over Liverpool by beating Villarreal in La Liga as Joao Felix marked his return from injury with a first league goal since September.

Felix came off the bench at the Wanda Metropolitano after almost a month out with an ankle problem and the 20-year-old looked refreshed as he drove in Atletico's third in an impressive 3-1 victory.

Kieran Trippier was also back after recovering from a groin injury and he was involved in Atletico's second goal as Koke headed in. Angel Correa had earlier canceled out Paco Alcacer's strike for Villarreal.