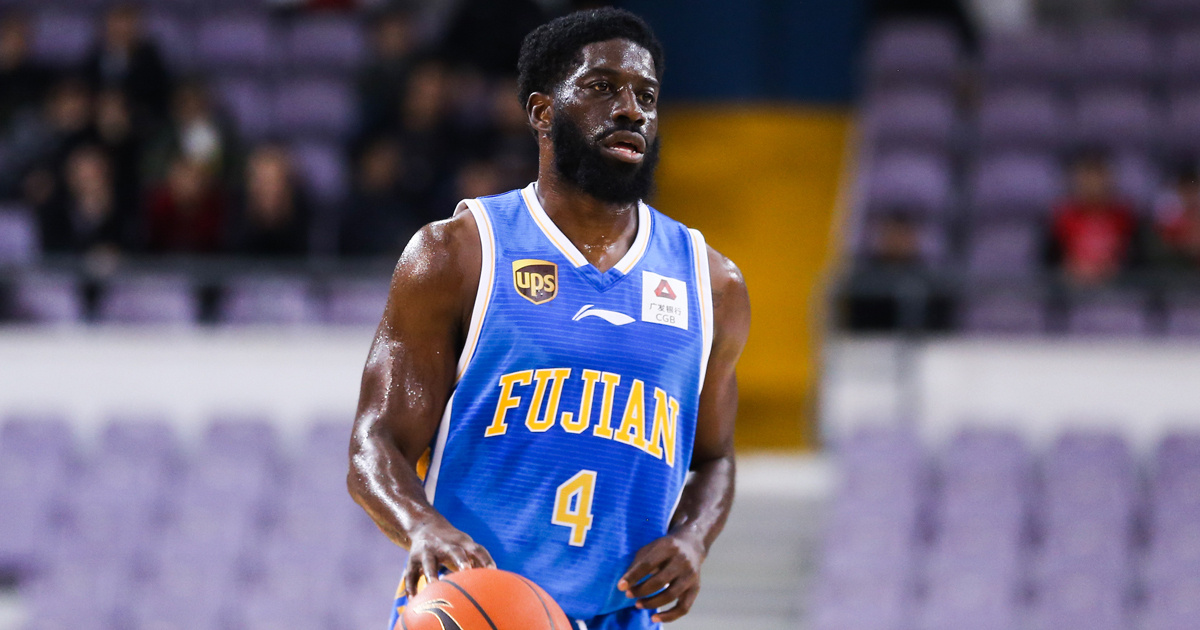 Having returned the United States to stay with his family, ex-NBA player Eugene "Pooh" Jeter has expressed his appreciation of China's anti-coronavirus efforts while looking forward to the restart of China's top professional league.

Jeter, who now plays for Fujian SBS in the Chinese Basketball Association, shared his personal experiences traveling between China and the US recently during the COVID-19 pandemic, his opinion on measures adopted in China to contain the virus and his expectations for a restart of the Chinese league in an online diary published on slamonline.com earlier this week upon his return to Los Angeles, after the CBA pushed back its resumption plans.

After joining a group of foreign players called back to China in early March to prepare for a proposed CBA restart in April, Jeter returned to Los Angeles earlier this month to stay with families through the challenging time after the CBA had to postpone the restart until July. The extended delay was due to the Chinese government's continued caution toward easing restrictions on mass-crowd indoor sporting events.

"After quarantine, while I was practicing, they pushed it to July," Jeter wrote in the latest of his serial diaries, which he started during his 14-day isolation after returning to China in early March.

"Once my coach got the news about the season starting in July, he decided to cut it down to one practice a day for a week and then ended up calling for a three-week break.

"So once that break started, I felt it was the perfect time for me to get back home to my family. We don't even know for sure if the season is going to start again in July. I'd rather, until they figure out a set schedule, just go home to be with my family and help my wife out. And when it comes time for me to go back (to China), then we'll work on that."

After flying back and forth between the two countries and spending the mandatory two-week quarantine in China, Jeter believes the measures taken by the Chinese authorities have been effective in helping the country succeed in its fight against the virus.

"Most Americans in China are probably going to be doing the same thing (returning to the US) because nobody's practicing right now," said the former NBA guard who was on the Sacramento King's 2010-11 roster.

"But I think some people are going to stay because the situation in the States isn't too good. So they're thinking they might as well just stay out there because it's safe in China.

"What I was seeing in my city, in Quanzhou (where the Fujian team is based), everything was basically back to normal. I think schools might be starting back up this month. Things were definitely heading in the right direction. I felt really safe in China, especially in my city.

"I was only in three places while in China — my hotel, the gym and this restaurant called Piggys. In the restaurant, their tables were already set up for social distancing, but it was pretty much normal. Once you got your temperature checked, got your wipes and cleaned your hands, then you just enjoyed your meal."

Having played in China for eight years, Jeter said the prospect of CBA being the earliest pro league in the world to resume action amid the pandemic appeals to him, despite the sacrifices he has had to make.

"They didn't give us a set date to restart the season in July. Once we're able to figure something out, I told the team just let me know. I've shown I'm dedicated and determined to hoop," said the 36-year-old, a father of two boys.