Ex-Springbok Habana 'all for' global calendar 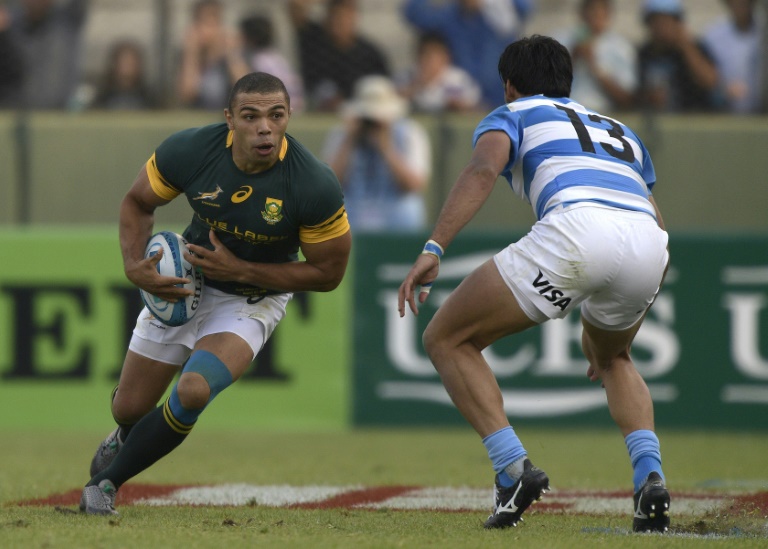 Bryan Habana retired from the Springboks in 2016 before a final playing season with Toulon a year later. (Photo: AFP)

Former South Africa winger and 2007 Rugby World Cup winner Bryan Habana said on Wednesday he would like to see a global calendar introduced for the sport.

World Rugby chairman Bill Beaumont said in May plans about aligning fixtures in both the northern and southern hemispheres are under way.

Habana, 36, who retired in 2017 as the Springboks' record try-scorer (with 67 tries) after 124 Tests and had successful domestic stints at home and with Toulon in France, told AFP in an interview that he was an advocate of changing the window for international matches.

"I'm extremely supportive of a global season, I've had the question asked a lot in the last while. The difficulty for me is that rugby is a winter sport. Winter in the northern and southern hemisphere are at different times," said Habana, who has helped launched the MatchKit application since ending his playing career.

"I'm all for changing the seasons and having the autumn series down in the southern hemisphere and vice-versa, not that I hate the cold but the viewing experience is that much better," he said.

Despite his approval of the idea Habana admitted there will be teething problems as national unions, leagues and other bodies discuss the proposals.

"Aligning the calendars, somebody has to sacrifice somewhere with the calendar and timing and all that."

As part of the changes reports claim South Africa Rugby are set to leave SANZAAR, the body which governs the sport in the southern hemisphere, for Europe.

Two South African franchises, the Bloemfontein-based Cheetahs and the Southern Kings in Port Elizabeth are already part of the Pro14 league with sides from Ireland, Wales, Scotland and Italy.

But Habana said there were too many questions to be answered about the Springboks playing in an European competition despite practical benefits related to similar time zones.

"I want to say there are pros and cons both ways, having that overnight travel, potentially being able to be at home a lot more but where would we fit in the schedule is the biggest debate for me and one that will be ongoing.

"If we were to go to the northern hemisphere, yes, it's easy to travel, you don't have jet-lag, you don't have time differences, where do you fit in competition-wise? There have been mixed reviews of South African teams in the Pro14," he said.