Extreme heat forced play to be halted Tuesday on outside courts at the Australian Open, with the roofs closed on its three main stadiums -- Rod Laver Arena, Margaret Court Arena and John Cain Arena. 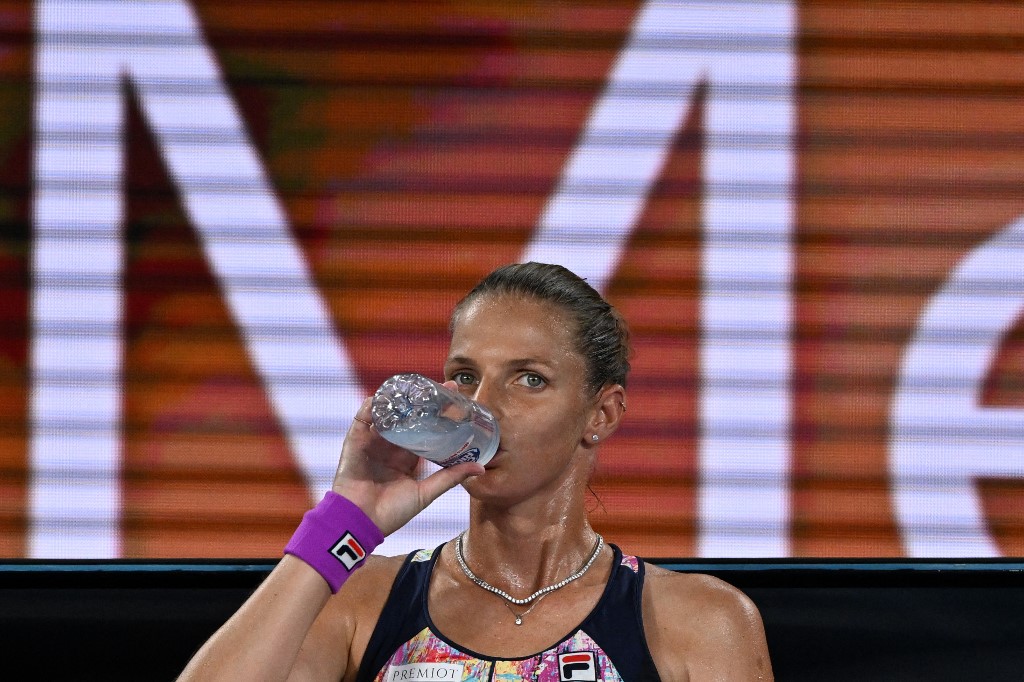 Czech Republic's Karolina Pliskova drinks during a break in her women's singles match against China's Wang Xiyu on day two of the Australian Open tennis tournament in Melbourne on January 17, 2023. (Photo: AFP)

The lowest level reading is one and the highest five, at which point play is suspended.

"This means play continues until the end of an even number of games or the completion of a tie-break," organisers tweeted.

"No new matches will be called to court. Play on outdoor practice courts is also suspended."