Novak Djokovic defied rowdy fans and hamstring trouble to haul himself into the Australian Open third round with a drama-filled win over qualifier Enzo Couacaud on Thursday. 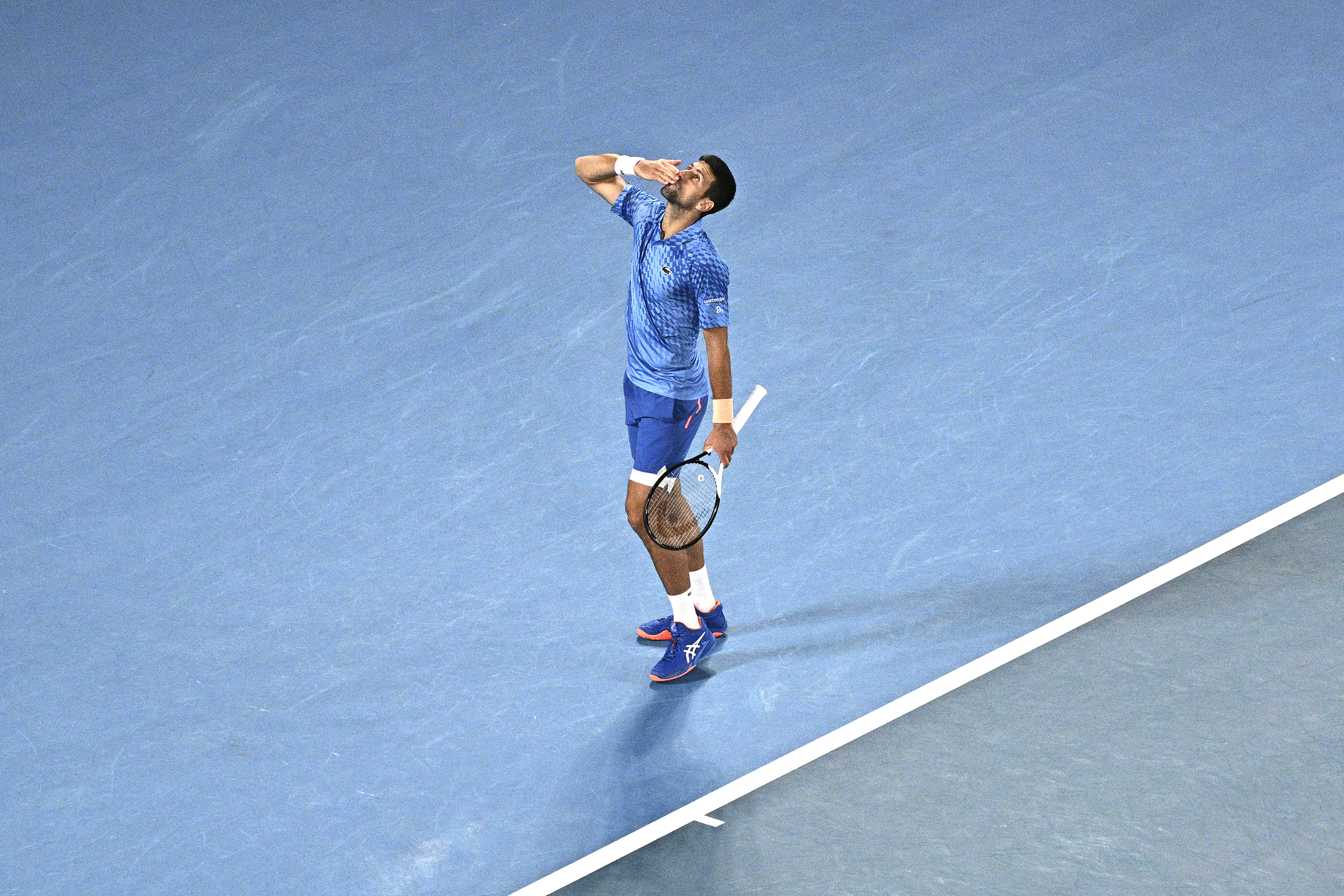 Serbia's Novak Djokovic celebrates a point against France's Enzo Couacaud during their men's singles match on day four of the Australian Open tennis tournament in Melbourne on January 19, 2023. (Photo: AFP)

It was his 23rd straight win on the Melbourne Park centre court as he steps up his quest for a record-extending 10th Australian Open crown.

In a colourful match, he also had a major moment with the umpire, demanding that a drunken fan be thrown out.

"He's been drunk out of his mind from the first point, provoking me," he fumed in the fourth set. "What are you going to do about it? Why don't you get him out of the stadium?"

Four fans, beer in hand, were later shown being escorted out.

The dogged win set up a clash against Bulgaria's Grigor Dimitrov, who swept past another Serb, Laslo Djere, 6-3, 6-2, 6-0.

With three top 10 seeds -- Rafael Nadal, Casper Ruud and Taylor Fritz -- already out of the tournament, and world number one Carlos Alcaraz injured, Djokovic's route to another title, and a 22nd Grand Slam crown, has become easier.

That's if his hamstring holds up.

Djokovic aggravated it during his run to a 92nd tour-level title at the Adelaide International this month and his left thigh was again heavily strapped.

After racing through the first set, he went off for a medical timeout for treatment at 4-5 in the second set, with his movement hampered.

He returned to lose the tiebreak before recovering his poise.

"There was a lot happening tonight and Enzo deserves credit, he played some really great tennis, especially in the second set," said the 35-year-old, who is into the third round for a 15th time on his 18th visit to Australia.

"We both had medical timeouts and struggled a little bit, but I managed to respond in the third set and especially the fourth."

In an early setback for Couacaud, he turned his ankle when stretching for a volley as he was broken to go 3-1 down in the opening set. 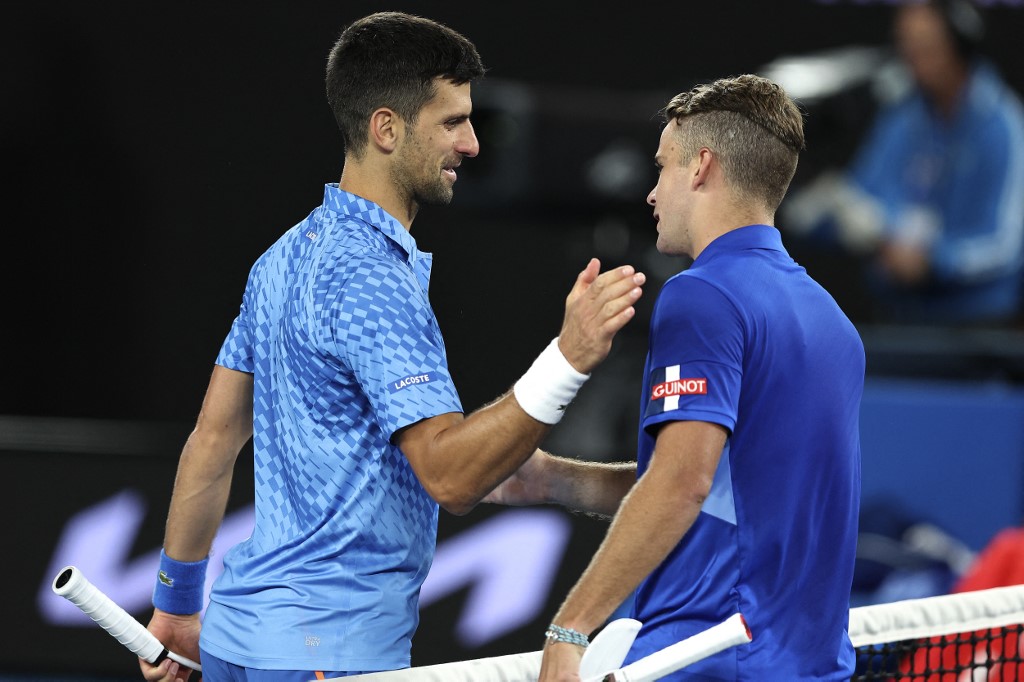 The Frenchman sought treatment but played on.

Fourth seed Djokovic exploited the injury, pushing him around the court, and broke again to stroll through the set in 41 minutes with Couacaud managing just three winners.

But Couacaud refused to give up.

The next set, dominated by long rallies, went with serve before Djokovic sought treatment at 4-5 after wincing on a backhand.

He returned with his thigh seemingly re-taped and Couacaud forced the set to a seesawing tiebreak where he prevailed.

Djokovic found a new wind in the third set, banking an early break and never looking back.

With the injury seemingly forgotten, he raced through the next set after the rowdy fans were kicked out and is now 7-0 for the season after winning in Adelaide.