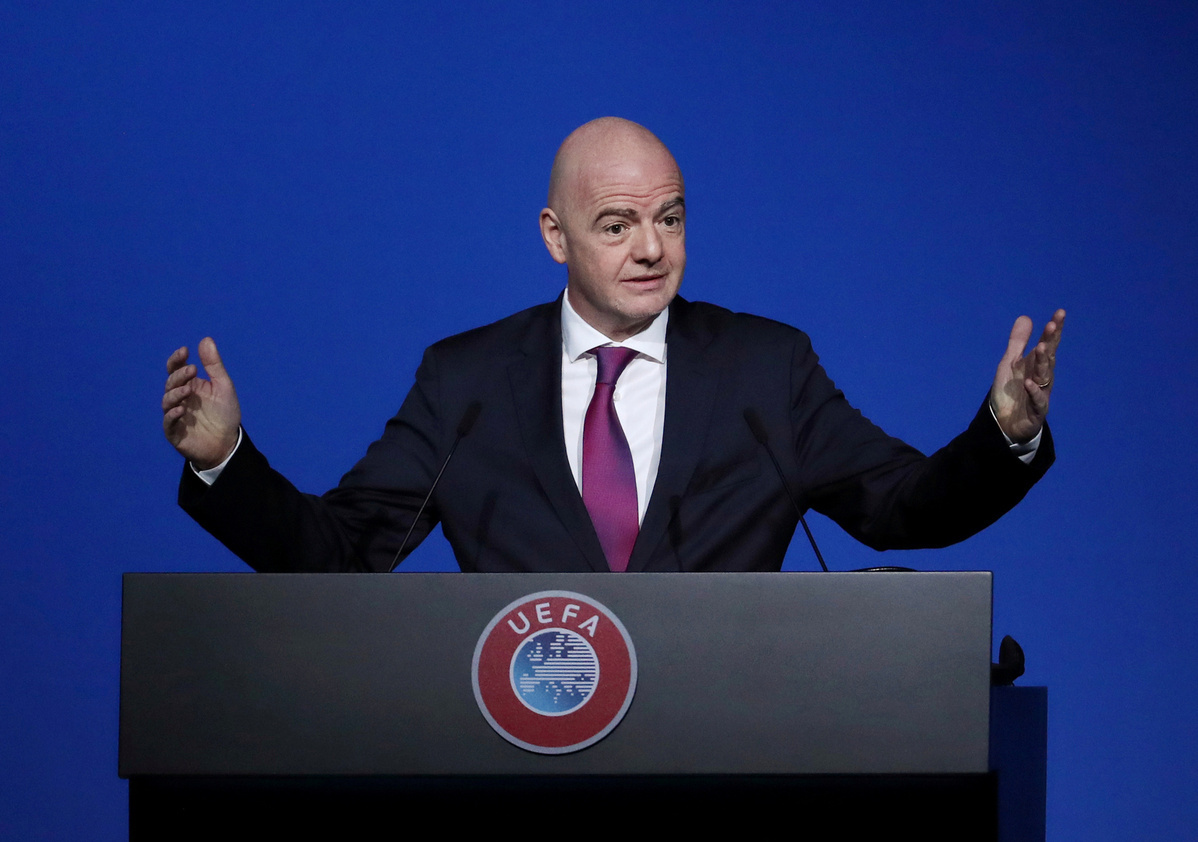 "The June/July of 2021 in a slot currently reserved for the new FIFA Club World Cup," Infantino said in a statement on Tuesday, adding that he has called for the council conference on Wednesday, which plans to accept the postponement requests from the European and South American tournaments and later discuss when to reschedule the 2021 Club World Cup.

The president of world football governing body said FIFA will discuss with Chinese government and Chinese Football Association whether to postpone the new Club World Cup to "later in 2021, in 2022 or in 2023", with aim to minimise any negative impact.

2021 Club World Cup is a brand new tournament, which will be held every four years featuring 24 teams and replaces the seven-team annual event. "It is the first real and true World Cup for the best teams and clubs in the world," Infantino said in October, 2019 when China has been awarded the host rights of its first edition.

The Chinese Club World Cup organizing committee told Xinhua that they will keep close contact with FIFA to discuss all related issues.

In the statement, Infantino also suggests to donate 10 million US dollars to the World Health Organisation's (WHO) COVID-19 Solidarity Response Fund and discuss the possibility of establishing a Global Football Assistance Fund to "help members of the football community affected by this crisis".

The FIFA president also expects to find appropriate solutions on the changes on the international match calendar before the end of April and shortly to announce any necessary amendments or temporary dispensations to the Regulations on the Status and Transfer of Players to protect contracts for both players and clubs.