BEIJING, Jan. 29 (Xinhua) -- The upcoming men's Alpine Ski World Cup on the Beijing 2022 course in Yanqing has been canceled due to the outbreak and continuing spread of the novel coronavirus, FIS, the Chinese Ski Association and Yanqing Local Organising Committee jointly decided on Wednesday. 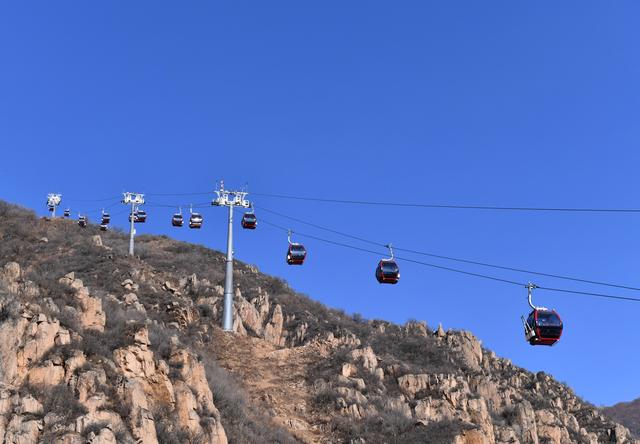 The World Cup races, originally scheduled for February 15-16 on the new Olympic course, were also the first test event for Beijing 2022.
"At present, the outbreak has not ended and Beijing municipal government is taking proactive measures to contain the spread of the virus. We take the health of athletes, coaches, journalists, fans, and staff seriously. FIS, the Chinese Ski Association, and the Yanqing Organising Committee have therefore come to the decision to cancel the event," the local organizing committee told Xinhua.
According to the committee, since the outbreak of the novel coronavirus, it has been paying close attention to its impact on the World Cup races and has taken active precautionary measures under the guidelines of local health and disease control authorities.
"We will stay in close communication with FIS on organizing international Alpine skiing competitions in Yanqing at an appropriate time, to further test the venue and make sure that it is fully prepared for Beijing 2022," the committee said.
The Olympic course staged Alpine skiing events of China's National Winter Games earlier this month and FIS gave thumbs up for its conditions.
"The first competitions on the new Olympic downhill course in Yanqing were carried out successfully as part of the 14th Chinese National Winter Games from January 16 to 20. The FIS Technical Experts and Medical Supervisor who were present were very pleased with the new course and snow conditions, as well as the organization of the event and mountain operations," read a FIS statement.
According to the statement, FIS will advise at a later date in regard to the rescheduling of the cancelled races from Yanqing: a downhill and a super-G. The women's FIS World Cup downhill and super-G, which will serve as the Beijing 2022 test event will take place next season in March 2021 and efforts will be undertaken to schedule a test event for the men as well.