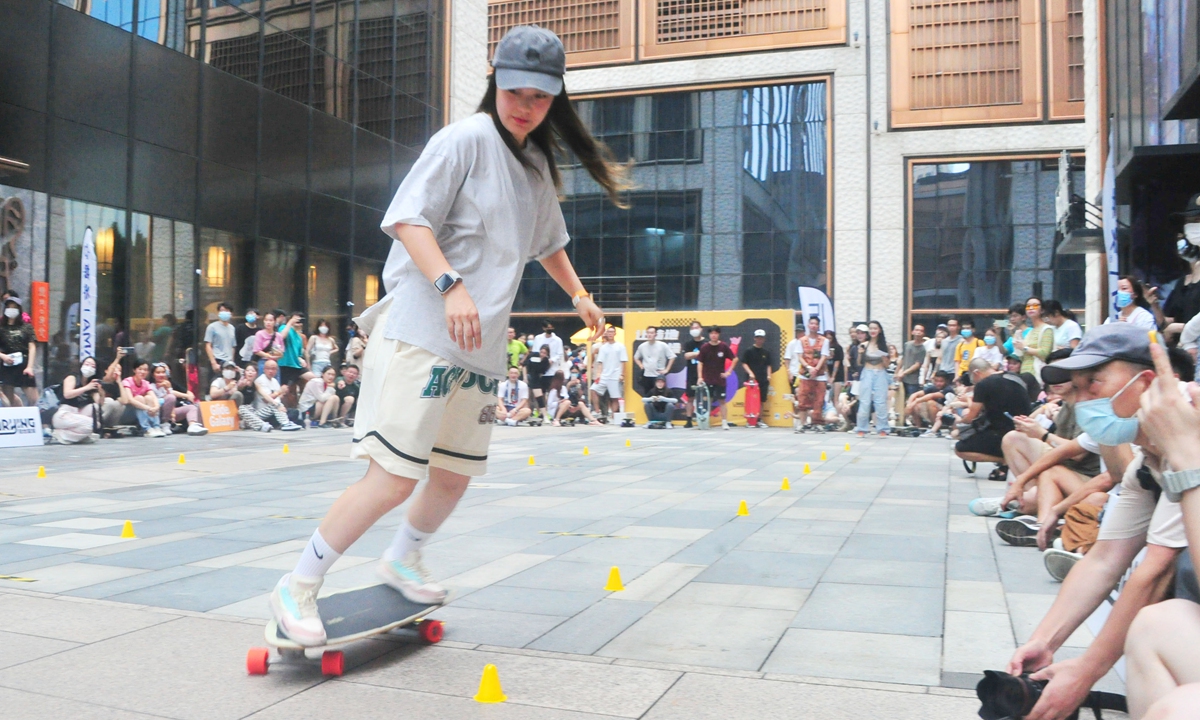 During hot summer, dozens of young people stepped onto their "land surfboards," and shuttled back and forth on squares across cities, a snapshot of some of the newly trending sports in China.

Land surfing, frisbee, paddle boarding, surfing and other "niche sports" have been trending on social media platforms this summer.

Analysts say the reason behind the emergence of these sports is a renewed focus on wellbeing amid epidemic and Chinese consumers' increased spending power. A focus on physical health has boosted the development and demand for outdoor sports, while the rising consumption power has enabled young people in particular to better express themselves.

A recent land surfing convert, 26-year-old Beijing resident surnamed Xu, told the Global Times that he saw short videos of land surfing in June on Douyin, Chinese version of TikTok, and became interested in the sport.

Xu went to experience the sport at a land surfing club located at Laoshan City Leisure Park in Beijing with his friends in July.

"Since I'm a skating fan, land surfing is actually not very new to me. But it feels like the sport has brought me a new way of socializing," Xu said.

Hot trend
Land surfing club owners said they have seen a spike in new membership. A Beijing-based club said the number of members rose more than 40 percent in July on a yearly basis.

Currently, more than 200 universities in China have frisbee societies, and the sales volume of frisbee and associated products in 2021 exceeded 55 million yuan ($8.1 million), according to media reports.

The number of notes about land surfing on social media platform Xiaohongshu in the first quarter grew 312 percent from the second quarter of 2021.

According to data released by Tmall Global, sales of imported skateboard categories on the platform have increased by more than 100 percent year-on-year since the start of the year. 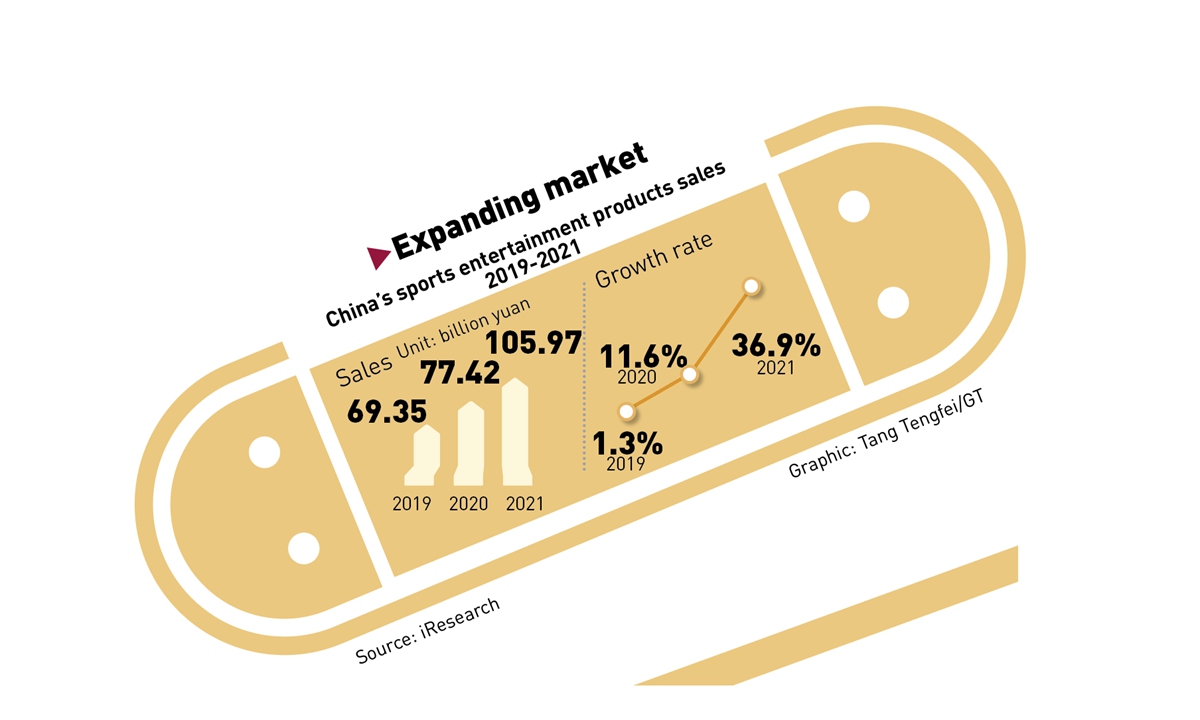 The entry threshold of sports like frisbee and land surfing is relatively low, compared with many traditional sports. Chasing new trends is also a factor as to why "niche" sports have become popular, Zhang Dexin, executive director of the China Academy of Cultural Tourism Innovation and Entrepreneurship, told the Global Times on Sunday.

And according to industry insiders, these niche sports are highly demonstrative and conducive to be shared through the internet or social media.

"In recent years, the development of sports and entertainment consumption promote each other. Variety shows actively look for sports topics such as land surfing and skateboarding to attract more people," a veteran industry practitioner told the Global Times on Monday.

Analysts noted that the drastic change of the way of doing sports and fitness reflects the change of consumption behavior when it comes to physical health.

"Once this transformation and upgrading is further confirmed, the emerging outdoor sport industry chain is bound to become a popular area," said Chen.

"The upstream of the whole industrial chain of outdoor sports is sport equipment manufacturing, and downstream is the service industry of sports events," said Zhang.

According to Luby, founder of Sixty-Six, the first land surfboard brand in China, the land surfing market may grow by nearly 10-fold in 2022, according to media reports.

Although the general trend of upgrading of China's consumer industry is a clear trend, the specific path remains uncertain, which puts forward a high requirement for the industrialization development of the new sports, said Chen.

"Not all popular sports on social media will develop. There will be fierce competition among emerging sports. The winner should have the ability to guarantee industrial supply chains, and effectively control the operating costs and marketing capabilities of enterprises, and the ability to respond to force majeure such as the epidemic," Chen said.