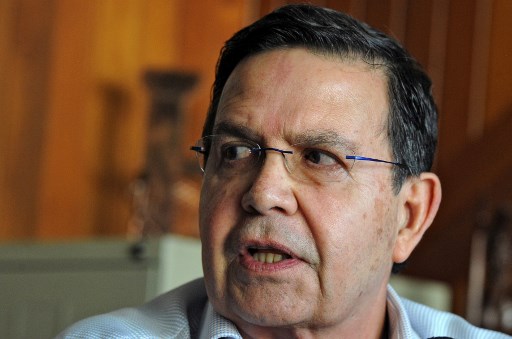 The 76-year-old was under house arrest in Atlanta when he died after a battle with leukemia, according to media reports.

After serving as president of Honduras from 1990 to 1994, Callejas moved into football administration and headed the Honduras Football Federation from 2002 to 2015.

He was indicted by the U.S. Justice Department in December 2015 as part of a wide-ranging probe into graft in football. Four months later Callejas pleaded guilty to racketeering and wire fraud charges in a New York court.

"We deeply regret the passing of former president Rafael L. Callejas. My solidarity with his wife, Norma Regina de Callejas, their children and grandchildren," Hernandez said.