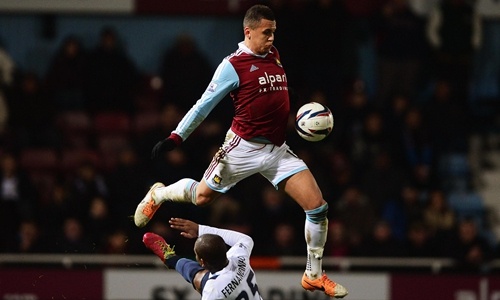 If you are 27 years old then football wisdom would have you approaching your peak. You should certainly not still be spoken in terms of potential.

If you were one of the most highly rated prospects in world football as a teenager then you would not expect to be on loan at Middlesbrough, where you have made two appearances since moving from Sheffield United in the January transfer window.

That's where Ravel Morrison finds himself, at yet another crossroads in his career.

This one, for once, is definitely not of his own making. The coronavirus pandemic has seen English football called off, as it has been around the world, and Morrison is in the same boat as his fellow professionals, trying to keep fit while his career stalls.

The former Manchester United wonderkid was pictured with his former youth teammate Jesse Lingard as the pair ran around Cheshire to stay sharp. Lingard was ahead of Morrison in the photos, just as he has been in forging a career in the Manchester United and England first team, but it was not always this way.

Morrison was the star of an FA Youth Cup team that included Lingard, Adnan Januzaj and Paul Pogba, the Frenchman who since became the club's most expensive signing when he returned from Juventus in Italy.

Pogba has never quite hit the heights expected of him at Old Trafford, especially this season which he has missed most of through injury, but he has led the club to several trophies in his second spell, leading the stats all the while, and was a key figure in France winning the FIFA World Cup in 2018.

The Mancunian by comparison is yet to make the breakthrough to Gareth Southgate's first team. He was expected to be a star of the full England side, there is no doubt about that. He had proven his ability at every age group from under-16 to under-21 but just like in club football it has not gone to plan.

Wayne Rooney recalled Morrison nutmegging Nemanja Vidic three times in under a minute in training, a story that got social media talking, but he had more to say on the youngster.

"I remember watching Ravel Morrison, thinking he had everything required for a player in his position," Rooney said. "He was brilliant. He was confident ... He struggled with lifestyle and his environment, which was sad for him."

"He possessed as much natural talent as any youngster we ever signed, but kept getting into trouble," Alex Ferguson wrote about Morrison in his 2015 book Leading, comparing his "saddest case" to boys with ­similarly backgrounds such as Cristiano Ronaldo and Ryan Giggs who managed to overcome them.

"It was painful to sell him to West Ham in [January] 2012 because he could have been a fantastic player. But, over a period of years, the problems off the pitch continued to escalate and we had little option but to cut the cord."

Those problems off the pitch including skipping training - "I would wake up and I would just skip it, I don't know why." - And could never escape his friends. A couple of court cases were cause for concern and Rio Ferdinand tried to intervene.

"I used to tell him to come to my house but Sir Alex wanted me to step away from doing stuff with Ravel because he felt the club could deal with the situation," he told The Beautiful Game podcast.

Ferdinand thinks that with the right mentorship in place at Old Trafford at the time then "I don't think Ravel slips through the net, I think Ravel becomes a 100 million pound player."

Morrison reacted to both Rooney and Ferdinand on Talk Radio, "It makes you a bit upset as well, because I could have gone a bit further."

The received wisdom is that Morrison needed a change of scene from Manchester and Ferguson wished Morrison well when he sold him to longtime friend and West Ham United manager Sam Allardyce.

"A brilliant footballer. Brilliant ability. Top class ability," the Scot said at the time. "Needs to get away from Manchester and start a new life."

He tried in London with West Ham but then went on loan to Birmingham City, Cardiff City and Queens Park Rangers from the Hammers.

Lazio then signed him on a permanent transfer but Morrison failed to settle in Serie A, despite the fans warming to him, perhaps with the memory of Paul Gascoigne still in their minds. The Italians sent him out on loan to Queens Park Rangers and then Atlas in Mexico before moving to Ostersund in Sweden. Since then he moved to Premier League new boys Sheffield United but played just once before heading to the Riverside.

No matter how far he has travelled from Manchester his career has not yet gone much farther. Of the teams he has played for, he has not played more than 30 times for any of them.

Former United defender Gary Neville discussed Morrison with his fellow pundit Jamie Carragher on Sky Sports earlier this month. Neville clearly has a soft spot for his former clubmate. Morrison hopes that he can get back on track.

"I don't think he'll get to the top or play for England like he should have done but I would hope he can have a stable life and a stable football career."

Morrison clearly still hopes for more than that. "I should have gone a bit further and I'm still hoping to go further," Morrison told TalkSport.

After going halfway round the world it is hard to know how much farther he can go.

But for those who remember the Manchester United youth teamer or the viral video of his outrageous volley in England training then he is not the only one who lives in hope.