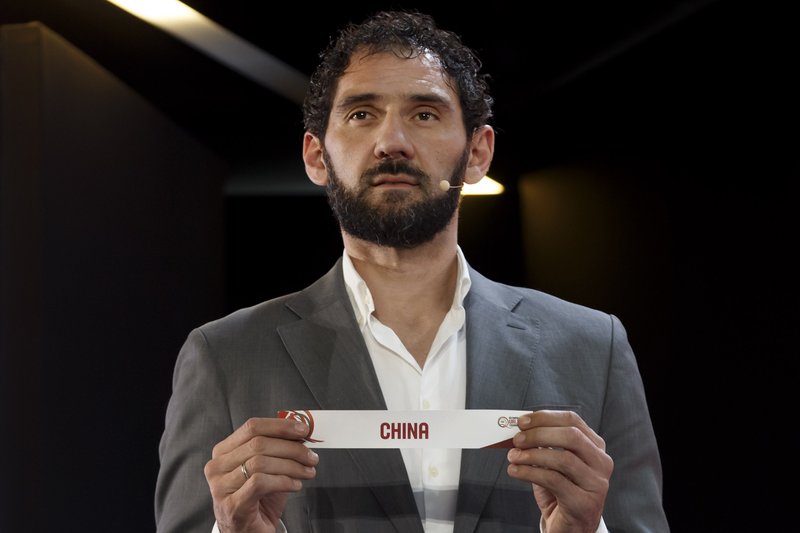 A former NBA player who first got into basketball because it was the only sport with shoes big enough for him has been leading Spain to its most successful era in the sport.

Jorge Garbajosa, known as the “Garbage Man” when he played for the Toronto Raptors, has helped revitalize Spanish basketball since becoming president of the national federation in 2016.

The nation is coming off its best year — winning the men’s world title and the women’s European trophy — and it will be in position to add to that success this year when it could qualify three teams for the Tokyo Olympics, including one in the women’s 3x3 tournament.

“The year of 2019 was historic for us, underlining a cycle of success for Spanish basketball,” Garbajosa said. “We’ve practically touched the ceiling, but we can still aim higher.”

The 42-year-old Garbajosa was a power forward who played for the Raptors from 2006-08, when he was called the “Garbage Man” because of his last name and his prolific work on the glass. His NBA career was cut short by a serious ankle injury in 2007, and he played sparingly after that before returning to European basketball and eventually going into the politics of the sport.

The 6-foot-9 Garbajosa only got into basketball because it was the only sport in which he could find shoes that fit his size-17 feet.

“It’s a bit sad, but that’s true,” he said. “I used to swim, play tennis, play football ... I had never tried basketball, so I asked if there were shoes my size and I was told ‘Yes.’ Just like that, I started playing basketball.”

Garbajosa, still sporting the beard he often had while with the Raptors, helped Spain thrive as a player, too. He led the nation to its first world title in 2006, when he was a starter in a team that included brothers Marc and Pau Gasol. He also was part of the team that took silver at the 2008 Beijing Olympics, losing in the final to the United States. A year later, he helped his country win the European Championship for the first time.

The three-time Olympian quit playing in 2012 and began his stint in charge of the Spanish federation in 2016, when the nation earned medals in the Olympic tournament in Rio de Janeiro — silver for the women and bronze for the men. The women’s team won the European Championship the following year, with the men finishing third. In 2018, the women were third in the World Cup at home, and a year later the men won their second world title in China.

“Isolated results can come as the consequence of luck, or because of an extraordinary athlete or an extraordinary generation of athletes,” Garbajosa said. “But a succession of triumphs can give you a clearer picture.”

“Let’s just say that when I had the honor of being elected the federation’s president, the financial situation wasn’t a really good one,” he said.

Garbajosa installed a new administrative model and promoted a “progressive renovation” by hiring new directors and improving and reorganizing the federation’s technical departments. He also made the federation more transparent and worked to give Spain greater voice internationally. He became a member of the executive committee for FIBA Europe, as well as the president of one of the competition’s committees for FIBA World.

Spain hosted the women’s World Cup two years ago, and next year it will co-host with France the women’s European Championship.

“The new model, in addition to allowing us to improve our results on the courts, also helped us regain our prestige and reputation,” Garbajosa said.

The basis of the new model is to treat the federation more like a club, establishing the same values and training systems from the youth squads all the way through the senior teams, thus guaranteeing a more successful transition from generation to generation.

The women’s senior 3x3 squad, which will be trying to make it to the inaugural Olympic tournament in Tokyo, finished second in last year’s Europe Cup.

“These results, in addition to highlighting our work,” Garbajosa said, “have greatly helped promote our sport.”