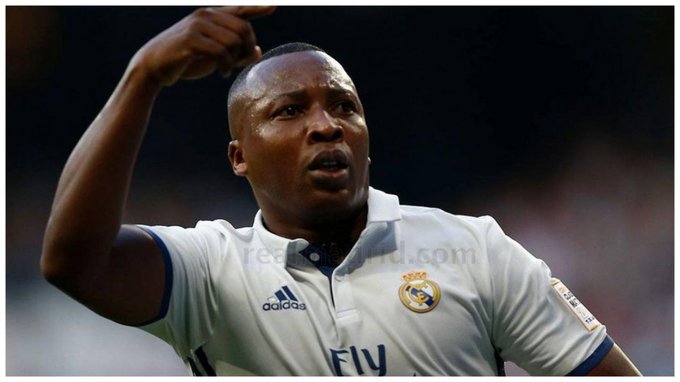 MADRID, May 13 (Xinhua) - Former Real Madrid player Edwin Congo was arrested in an anti-drugs operation on Tuesday, police sources have confirmed to the Spanish media.

The 43-year-old Colombian, who also played for Levante, Sporting Gijon and Valladolid, was detained on Tuesday morning and questioned in an operation which saw 10 other people detained and police discover "several hundred" kilos of cocaine.

Spain's El Pais newspaper reports that the former player, who owns a restaurant and a dental clinic in Valencia (eastern Spain) and who also appears on Spanish sports show 'El Chiringuito' explained to the police that although he knew one of the detainees, he was not aware they were involved in any criminal activity.

Congo joined Real Madrid in 1999 for around six million dollars from Colombian side Once Caldas, but although he represented his country on 17 occasions, his appearances at the Santiago Bernabeu were limited to friendly games and he never played in a competitive game for the club. Enditem