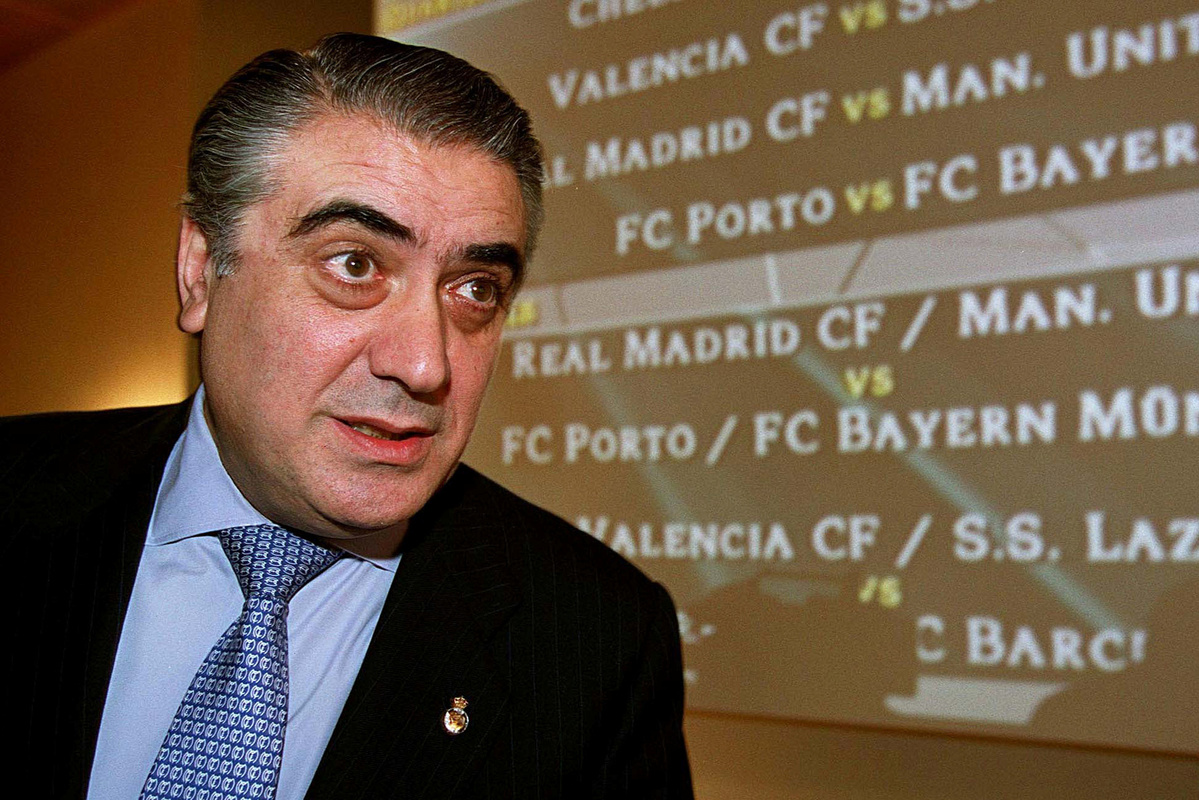 Former Real Madrid president Lorenzo Sanz passed away from the COVID-19 on Saturday night, his family has confirmed.

The 76-year-old, who presided over the club between 1995 and 2000, was also suffering from high blood pressure and an underlying kidney condition, which saw him taken to hospital on Tuesday.

"My father just died... He was one of the best, bravest and hardest-working men I have seen in my life. His family and Real Madrid were his passion. My mother and my siblings enjoyed every moment with him with pride. RIP," wrote his son, Lorenzo on Twitter to confirm his death.

Sanz was in charge of Real Madrid when the club won its 7th Champions League title, ending a wait of over 30 years without the trophy in 1998.

The club won the tournament for an eighth time in 2000, although he was defeated in the elections for the club presidency that same year by Florentino Perez.

"Today, all of us are in mourning following the passing of the president who dedicated a huge part of his life to his great passion: Real Madrid," the club said in its obituary, adding that it would give Sanz the recognition he deserves as soon as possible.

Sanz had several legal problems in recent years and was sentenced to three years in prison and a fine of over a million euros after being found guilty of tax fraud in 2018.