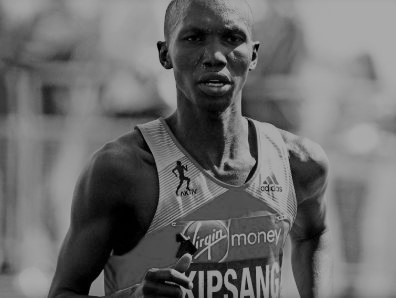 NAIROBI, April 3 (Xinhua) -- Kenya's suspended former world marathon record holder Wilson Kipsang was among the 20 people who were arrested on Thursday night for violating a curfew imposed to stop the spread of the coronavirus.

John Mwinzi, Elgeyo-Marakwet county's police commander, confirmed that the London 2012 Olympics bronze medalist Kipsang, who is suspended from athletics after being charged with a doping violation, was arrested and locked up at Iten Police Station.

"The suspects had locked themselves up in the establishment and were having drinks beyond the 7 o'clock set curfew time. Police had to force themselves in before arresting them," Mwinzi said on Friday.

He reported that Kipsang and his party that included a County Assembly elected member, were arrested after a confrontation at 8pm following a tip from members of the public who got wind of people locked up in the club, while drinking and talking loudly.

Kipsang is also a police officer and his arrest for violating curfew rules imposed a week ago was chided by the County Police Commander.

The two-time London Marathon winner was provisionally suspended for whereabouts failures and tampering with samples, the Athletics Integrity Unit has announced in January.

The 38 year-old, who also won major marathons in Berlin, New York and Tokyo and is the only man to beat the world record holder Eliud Kipchoge over the marathon when he ran the 2:02:23 world record at the 2013 Berlin race.