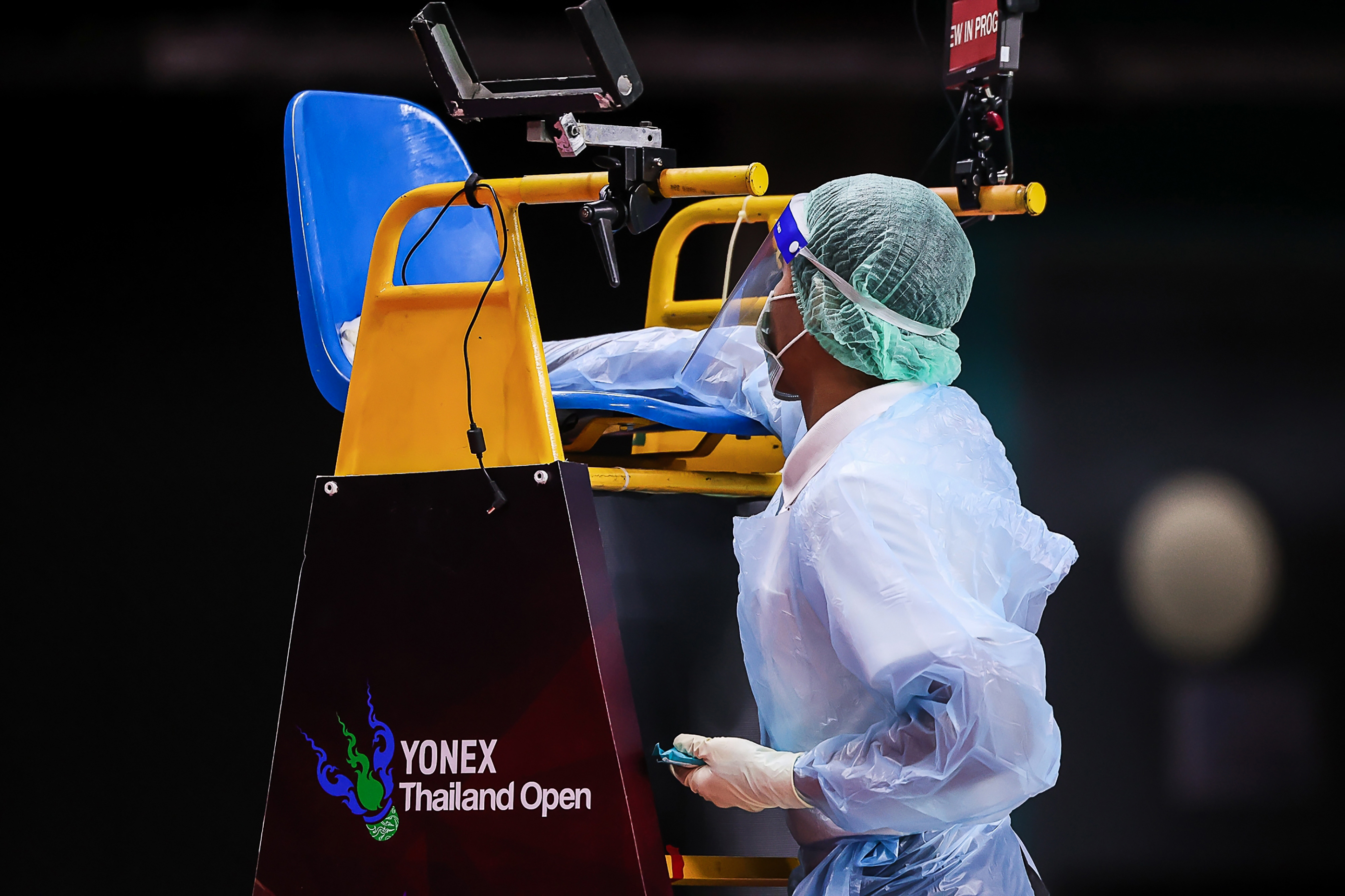 This handout from the Badminton Association of Thailand taken and released on January 10, 2021 shows an official wearing a face mask and shield while cleaning the umpire's chair as a preventive measure against the spread of the Covid-19 coronavirus, ahead of the Thailand Open badminton tournament in Bangkok. (Photo: AFP)

Former badminton world number one Saina Nehwal was among four international players who tested positive for Covid-19 at the Thailand Open Tuesday, as sporting officials rushed to contain a potential outbreak in the tournament's so-called bubble.

The Badminton World Federation said the four positive tests had been re-examined, and Nehwal was receiving medical treatment at a Bangkok hospital.

Nehwal tweeted Tuesday that she was told to go to hospital by officials "just before the warm-up" for her scheduled match a day earlier.

Her match against Malaysian Selvaduray Kisona has been declared a walkover along with Kashyap's showdown with Canada's Jason Anthony Ho-Shue.

Badminton India has confirmed HS Prannoy has also tested positive and has also been sent to a Bangkok hospital.

The other two unnamed shuttlers -- from Germany and Egypt -- are set to be retested after the same samples were checked again and came back negative.

"The entire Indian team has been categorised high risk by Thai health authorities and all players and their entourage are currently self quarantining in their rooms at the hotel," the federation said in a statement.

The federation confirmed that despite being considered "high risk" other Indian shuttlers were still allowed to go to Muang Thong Thani's Impact Arena for their matches on Tuesday.

The Thailand Open is the first of three consecutive badminton tournaments played in strict bio-secure conditions and behind closed doors in Bangkok, culminating in the World Tour Finals from January 27.

Thailand's badminton chief last month told AFP the tournaments would be the "safest in the world".

Badminton has been all but sidelined since the All England Championships in March, but players and organisers alike will be hoping for a less disrupted year as they gear up for the Tokyo Olympics starting in July.