The Bayern Munich defender hobbled off in the holders' 4-1 win over the Socceroos. 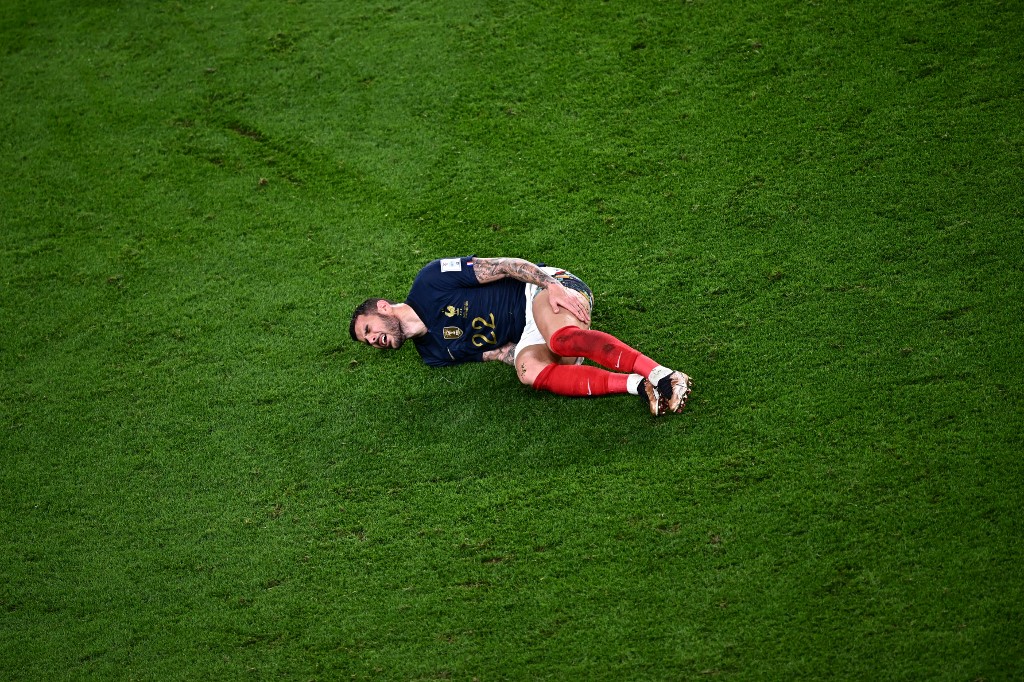 France's defender #22 Theo Hernandez gestures in pain during the Qatar 2022 World Cup Group D football match between France and Australia at the Al-Janoub Stadium in Al-Wakrah, south of Doha on November 22, 2022. (Photo: AFP)

His absence comes with coach Didier Deschamps already grappling with a host of key players ruled out of the tournament in Qatar.

The 2018 champions lost star striker Karim Benzema after the Ballon d'Or winner injured his left thigh in training on Saturday.

"We sensed immediately it was serious," the Tottenham Hotspur goalkeeper added after the match.

"It's the latest blow but we have to continue moving forward. It's going to make us stronger."

Deschamps must now juggle his options as his squad is reduced to 24 players.

He had feared the worse with Hernandez when he told French broadcaster TF1 after Tuesday's opener: "He's going to do some tests, it seems pretty serious to me.

"We'll have to confirm anyway. That's the big black spot for tonight."

Deschamps' men are bidding to become the first team to successfully defend the title since Brazil in 1962.

France had to come from behind after Craig Goodwin's ninth-minute opener for the Socceroos.

Olivier Giroud scored twice to draw level with Thierry Henry on France's all-time scoring list on 51 goals, with Adrien Rabiot and Kylian Mbappe also on the scoresheet in a 4-1 win.

"Even though we were caught cold at the start, we did everything right afterwards," added Deschamps.

"In the second half we could have had an even bigger winning margin, but we did a lot of good things."