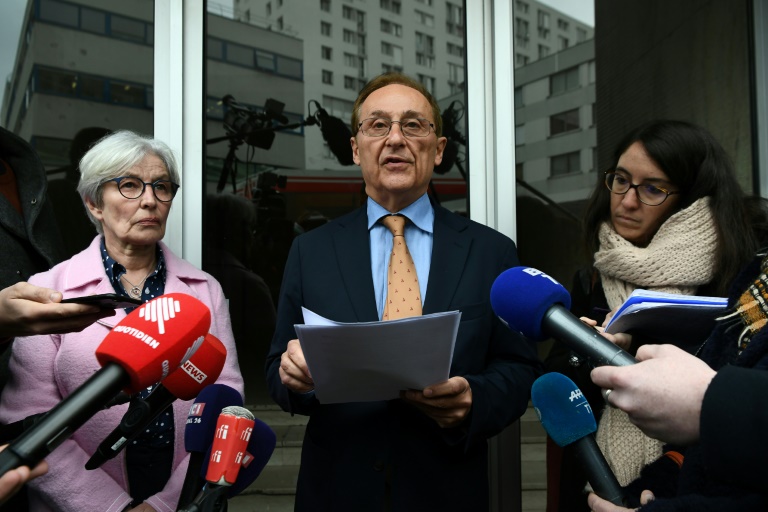 "In the spirit of conciliation I took the sensible decision to resign with philosophy, dignity but no bitterness," the 66-year-old announced after a meeting of the federation's federal council in Paris.

His resignation after nearly two decades in charge comes as French ice skating reels from claims of rape against a former national coach, Gilles Beyer.

In an autobiography published on January 30, former world championship bronze medallist Sarah Abitbol accused Beyer of raping her several times from 1990 to 1992 when she was between the ages of 15 and 17.

That bombshell claim led to further accusations of assault.

Skater Helene Godard, accused Beyer, 62, and another coach Jean-Roland Racle of sexual abuse when she was a minor.

And sports daily L'Equipe reported that the mother of another young skater claimed that Beyer sexually harassed and blackmailed her in 2017 and 2018 in return for coaching her daughter.

Gailhaguet had initially refused calls from Sports Minister Roxana Maracineanu to move aside, telling a news conference on Wednesday that he had "absolutely not protected Gilles Beyer".

In his resignation address to reporters he denounced "the ministerial dictatorship and in particular the shameful threat of withdrawing support" from the federation made by Maracineanu, for whom Gailhaguet's exit was "a first stage".

"We owe it to the victims" to see this through until the end, she said.

Abitbol was unimpressed at Saturday's development, telling French news magazine L'Obs that "the entire federation where he had friends still has to be cleaned out".

"Those who remained quiet and supported his system are still there," she added.

On Thursday the lawyer representing Beyer told AFP that his client was prepared to talk to prosecutors investigating claims of sexual abuse of minors in figure skating.

"Gilles Beyer has been placed on the chopping block for days by the media but he will save any comment for the prosecutors," Thibault de Montbrial said.

Under Gailhaguet's watch, Beyer, already Abitbol's coach, took over as manager of the French national team.

There were previous complaints of inappropriate behaviour, and in 2000 an inquiry led the then sports ministry to remove Beyer from his technical role at the federation, but he remained a coach at one of France's top skating clubs.

Beyer held an executive position at the federation until 2018.

Gailhaguet's lengthy time at the helm of French ice skating which began in 1998 was interrupted by a three-year international ban following the 2002 Salt Lake City Winter Olympics cheating affair.

And in 2004 he was forced to stand down as federation boss over a critical auditor's report, only to be reinstated as FFSG chief in 2007.

Maryvonne Del Torchio, who heads the federation's council, will take over as president in a caretaker capacity.

Before this scandal erupted French ice skating's reputation had already been tarnished by an investigation into US-based Morgan Cipres for allegedly sending lewd photographs to a 13-year-old girl, and by Laurine Lecavelier who tested positive for cocaine.