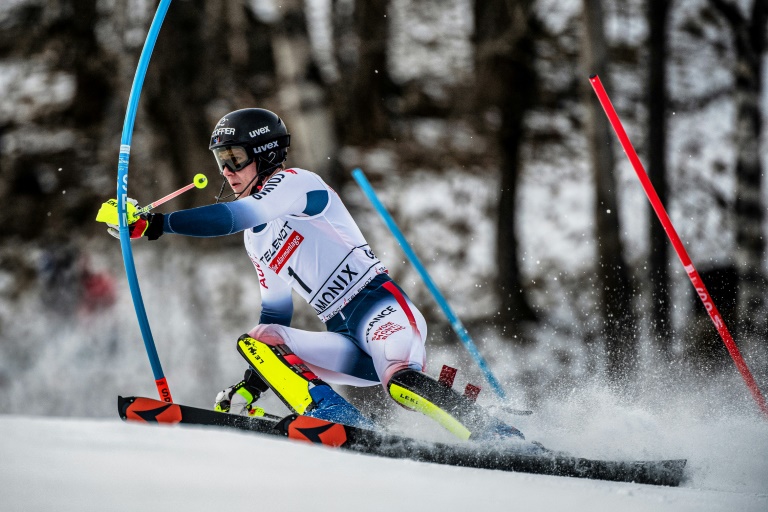 France's Clement Noel notched up a third victory of the World Cup season, and his first on home snow, when he stormed to the win in Saturday's Chamonix slalom.

While Noel shone in the French resort, Norway's overall World Cup leader Henrik Kristoffersen straddled a gate on the first leg and French rival Alexis Pinturault went out on the second run.

In-form Swiss Daniel Yule, fastest after the first leg, also skied out in the second, unable to add to his three victories of the season.

Pinturault, with a second place at the Schladming slalom and a giant slalom win in Garmisch-Partenkirchen, remained 55 points adrift of Kristoffersen after 28 races of the 44-event season. Noel is just two points off the Norwegian in the contest for the small crystal globe for best slalom skier of the season, with just three more races in the discipline to come.

"It was an ideal day for me, but it would have been exactly the same if they (Yule and Kristoffersen) had finished second and third, given that I don't count points," said Noel.

He insisted nothing would change because he was back in the game for the slalom globe, saying: "What I'm doing this season pleases me, my skiing's good and the intent I'm showing in races is great.

"I don't count the points, but I have quite a good memory!" joked Noel.

It was Noel's sixth World Cup victory, his first in France and third of the season after slalom wins in Zagreb and Wengen.

Racers will pitch themselves down a parallel giant slalom in Chamonix on Sunday.