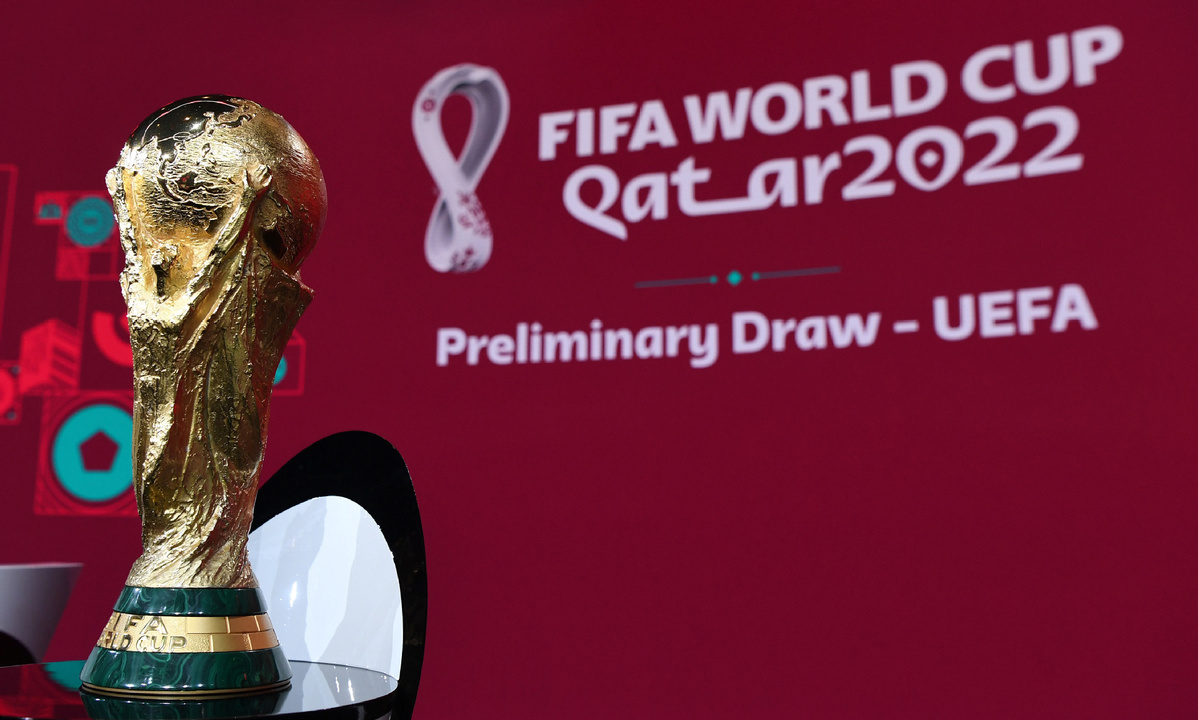 General view of the World Cup trophy during the UEFA Preliminary Draw for the FIFA World Cup 2022 in Zurich, Switzerland, December 7, 2020. (Photo: Agencies)

Reigning world champions France will face Ukraine in the 2022 FIFA World Cup European qualifiers, as the draw for the 55 teams in Europe was made in Zurich on Monday.

England's opponents in Group I are Poland, Hungary, Albania, Andorra and San Marino.

All teams in the 10 groups will play in a home-and-away format between March 2021 and November 2021, with the 10 group winners qualifying for the finals in Qatar in 2022.

The 10 group runners-up will enter a play-off together with the two best group winners from the 2020-2021 UEFA Nations League that have neither qualified as World Cup qualifying group winners, nor entered the play-offs as runners-up.

The last three tickets for European teams will be determined in March 2022 with the 12 teams drawn into three play-off paths.