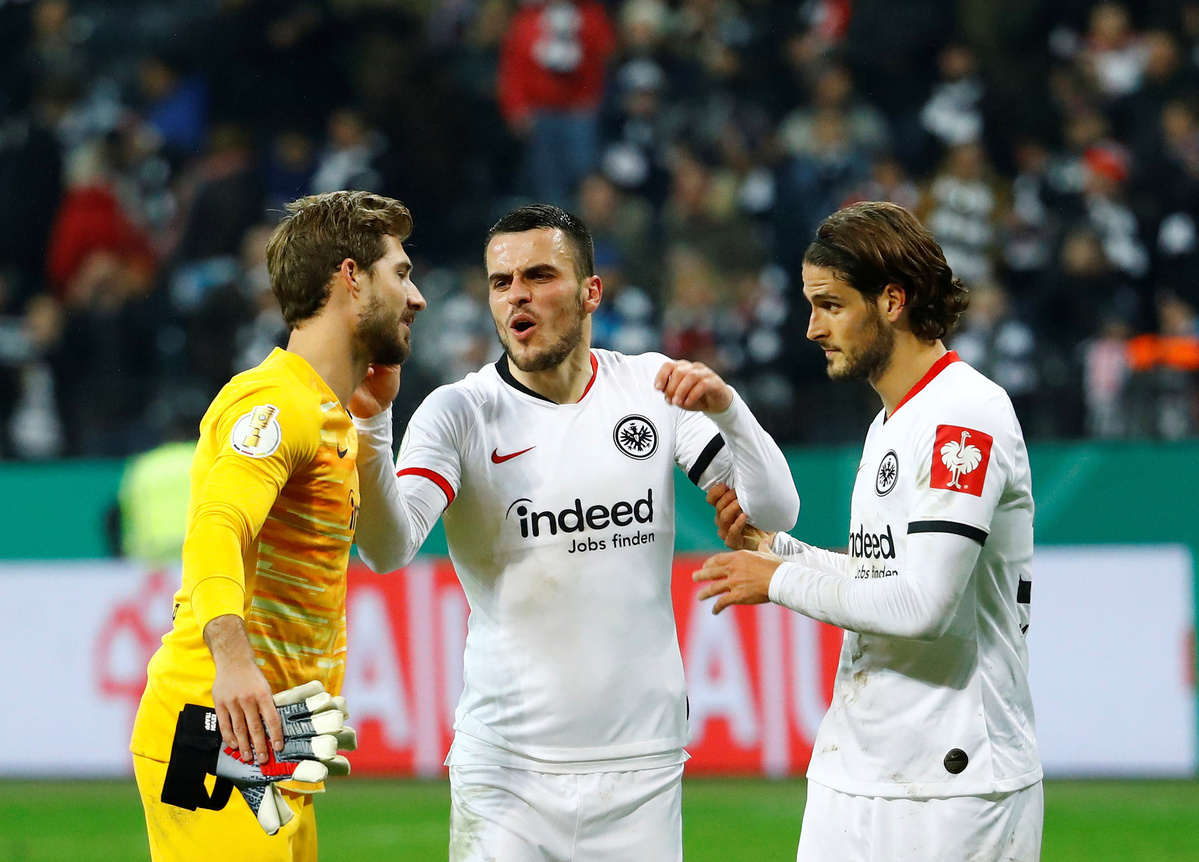 BERLIN - Eintracht Frankfurt progressed into the quarterfinals after defeating RB Leipzig 3-1 thanks to Filip Kostic's brace in the last 16 of the German Cup on Tuesday.

Away side Leipzig started well and created the first chances in the opening period through Amadou Haidara, who narrowly missed the target from inside the area, while Patrick Schick was unable to beat Frankfurt goalkeeper Kevin Trapp from close range.

However, Frankfurt soon scored at the other end as Marcel Halstenberg's handball inside the box allowed Andre Silva to break the deadlock from the penalty spot in the 17th minute.

Frankfurt gained momentum but it was still the visitors who posed more danger in front of goal, though the score remained 1-0 at the half-time whistle.

After the restart, Leipzig started where they left off, controlling possession but lacking the accuracy and penetration to level the scores.

Instead of restoring parity, it was Frankfurt who scored again against the run of play as Kostic clinically finished after a fast break from Sebastian Rode with 51 minutes gone.

The Bulls pressed frantically for an equalizer but Frankfurt held firm and punished Leipzig in the closing period as Kostic sealed the match with a well-placed shot into the far corner following a header from substitute Goncalo Paciencia.

Elsewhere, Fortuna Dusseldorf advanced into the quarterfinals for the first time in almost 25 years after overpowering lower league side Kaiserslautern 5-2.

It was a tough piece of work for Dusseldorf as they gave away their narrow lead in the first half before they turned up in the second half with four goals to turn the tide.