Naomi Osaka was fined $15,000 when she skipped the news conference after her first-round victory at the French Open on Sunday — and drew a stunning warning from all four Grand Slam tournaments that she could face stiffer penalties, including disqualification or even suspension, if she continues to avoid the media. 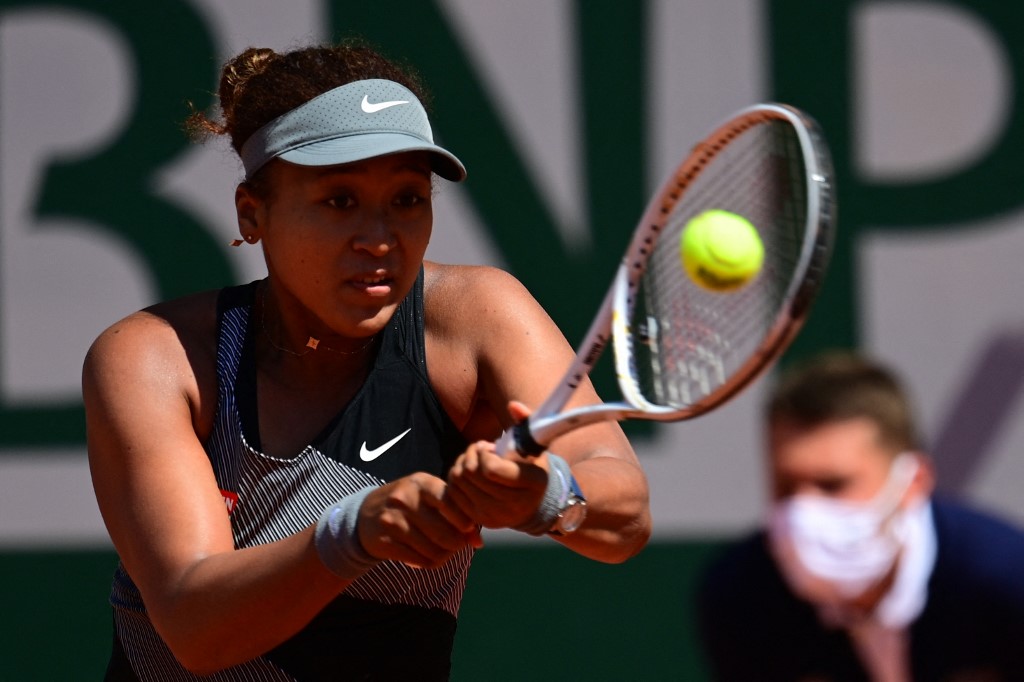 Japan's Naomi Osaka returns the ball to Romania's Patricia Maria Tig during their women's singles first round tennis match on Day 1 of The Roland Garros 2021 French Open tennis tournament in Paris on May 30, 2021. (Photo: AFP)

Osaka returned to Roland Garros after sitting out the tournament last year and turned in a mistake-filled 6-4, 7-6 (4) victory over 63rd-ranked Patricia Maria Tig at Court Philippe Chatrier on Day 1. She had declared Wednesday on social media she would not speak to the press and kept that promise.

Hours later, Osaka turned to her preferred method of communication these days, tweeting: "anger is a lack of understanding. change makes people uncomfortable." Other results perhaps were more newsworthy than a straight-set win by the No. 2-ranked Osaka — US Open champion and two-time French Open runner-up Dominic Thiem's 4-6, 5-7, 6-3, 6-4, 6-4 loss to 68th-ranked Pablo Andujar comes to mind — but the events that unfolded after the Japanese superstar’s match were of high interest.

Tennis players are required to attend news conferences if requested to do so. The maximum fine, of course, is not a big deal to Osaka, the world’s highest-earning female athlete thanks to endorsement contracts totaling tens of millions of dollars.

She framed the matter as a mental health issue, saying that it can create self-doubt to have to answer questions after a loss. "She’s capable of making her own choices and obviously she will do always what’s best for her," Tig said. "I think that’s what’s happening now." Other players, notably 13-time French Open champion Rafael Nadal and No. 1-ranked Ash Barty, have said they respect Osaka's right to take a stance but explained that they consider speaking to reporters part of the job.

The fine was assessed by the tournament referee at Roland Garros and announced in a joint statement from the president of the French tennis federation, Gilles Moretton, and counterparts at the sport’s other majors: Tennis Australia President Jayne Hrdlicka, All England Club Chairman Ian Hewitt and US Tennis Association President Mike McNulty.

"A core element of the Grand Slam regulations is the responsibility of the players to engage with the media, whatever the result of their match, a responsibility which players take for the benefit of the sport, the fans and for themselves," they said. "These interactions allow both the players and the media to share their perspective and for the players to tell their story." They said they understand the importance of protecting athletes' mental health but also noted that "rules are in place to ensure all players are treated exactly the same, no matter their stature, beliefs or achievement."

The statement said Osaka had been approached and asked to reconsider her position but there was a "lack of engagement." Osaka, the group of Slam leaders said, has been "advised" that "should she continue to ignore her media obligations during the tournament, she would be exposing herself to possible further Code of Conduct infringement consequences." Citing the rule book, the statement noted that "tougher sanctions" from "repeat violations" could include being defaulted from the tournament and "the trigger of a major offense investigation that could lead to more substantial fines and future Grand Slam suspensions." Osaka's agent did not reply to an emailed request for comment from the AP.

Her sister, Mari, wrote in a post on Reddit, which she later deleted, that Naomi was "not OK mentally" after a first-round loss this month in Rome.

"Her confidence was completely shattered and I think that everyone’s remarks and opinions have gotten to her head and she herself believed that she was bad on clay," Mari wrote. "This isn’t true and she knows that in order to do well and have a shot at winning Roland Garros she will have to believe that she can. ... So her solution was to block everything out." After her win Sunday, Osaka did go ahead with the perfunctory exchange of pleasantries with an on-court French Open "interviewer" who lobs softball questions so spectators can hear something from the athletes.

The topic of Osaka's troubles on clay arose in that chat with former player Fabrice Santoro.

"I would say it’s a work in progress," said Osaka, who has won four Slam titles on hard courts but never been past the French Open's third round. "Hopefully the more I play, the better it will get." Unlike Osaka, Thiem has shown plenty of prowess on clay, never before losing in the first round at Paris and making it as far as the final twice before losing to — who else? — Nadal in 2018 and 2019.

Andujar, who beat Roger Federer on clay in Geneva this month, had never managed to come back to win after dropping the initial two sets for a match. Two other past Grand Slam champions exited: Svetlana Kuznetsova bowed out against two-time Australian Open champion Victoria Azarenka in three sets, while Angelique Kerber was beaten in two by Anhelina Kalinina, a qualifier from Ukraine ranked 139th and making her French Open debut.

It was Kerber's third consecutive first-round exit in Paris; she's won each of the other Slams once apiece. With Thiem gone, there are zero past major champions on the bottom half of the men's draw. There are four on the top: Nadal, Federer, Novak Djokovic — with a combined 58 Slam trophies — and Marin Cilic, with one. One man who could take advantage of the lopsided nature of the bracket is No. 6 seed Alexander Zverev, the runner-up to Thiem at Flushing Meadows last September. Zverev did not look ready to contend for much of anything Sunday, however, needing a comeback of his own from two sets down to get past 152nd-ranked qualifier Oscar Otte 3-6, 3-6, 6-2, 6-2, 6-0.

"You try to focus on yourself. You try to not pay too much attention. But you do know the draw. You know who is where. You know that Dominic is one of the best clay-court players, especially here, one of the toughest opponents you can have. And then he’s out," Zverev said.