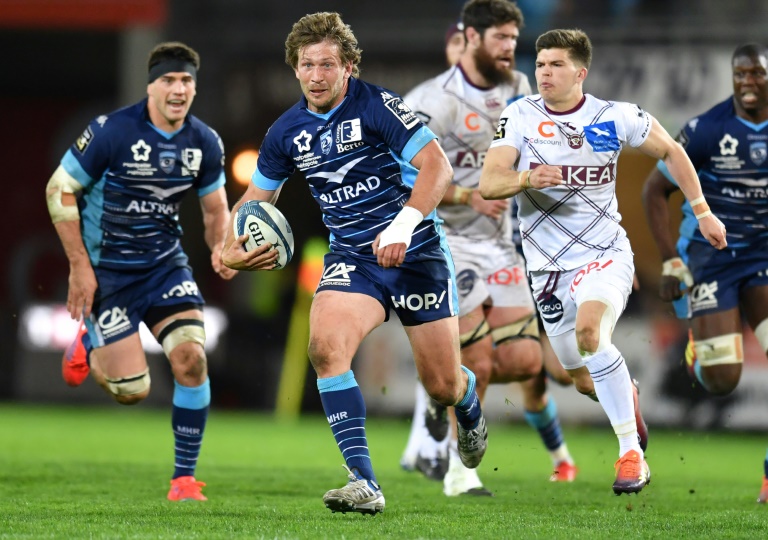 French rugby authorities and club presidents on Thursday reached an agreement to cancel the current domestic season due to the coronavirus pandemic and concentrate on ensuring the 2020-2021 campaign starts in September.

France's National Rugby League (LNR) said that after discussions with the presidents of top-flight Top 14 and Pro D2 clubs it had abandoned plans to hold a final phase of matches at the end of August.

The season was halted in mid-March due to the COVID-19 outbreak, which has killed over 24,000 people in France.

The decision to end it still needs to be rubberstamped by the league's steering committee at a date yet to be arranged.

Lyon president Yann Roubert said on Thursday that it was a "huge shame" that the season would be cancelled.

"It is a terrible blow not to see our immense work and investment justly rewarded at the end of the season with a third semi-final in a row," said Roubert, whose team were second in the Top 14 before the season was cancelled.

"That loss of the chance to bring the shield home will be hard to take."

French Prime Minister Edouard Philippe announced this week that professional sport could not take place until September in France.

It now looks likely the season will end without a champion being declared and without relegation or promotion.

The league hopes to start its new season on September 5.

Clubs must present plans to the sports ministry about what health precautions they will take for players.