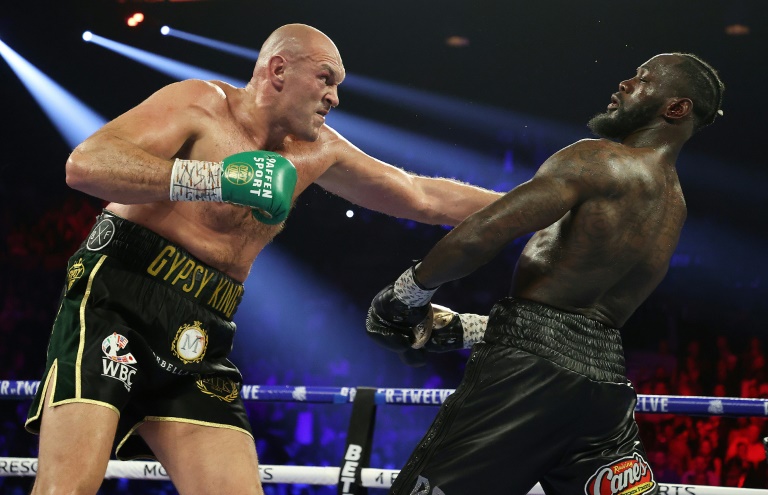 Tyson Fury is mentally stronger than Anthony Joshua and would overcome his British rival in similarly commanding fashion to how he defeated Deontay Wilder, according to the WBC heavyweight champion's coach Andy Lee.

Fury got his hands on one of the four major world belts again when he ended Wilder's long reign as champion, knocking the previously unbeaten American down twice on the way to a seventh-round stoppage in February.

While he is contractually obliged to face Wilder for a third time and Joshua is scheduled to take on Kubrat Pulev next, the outbreak of coronavirus and subsequent suspension of major boxing shows has clouded the issue.

Speculation is rife that a domestic bout could take priority but Lee can only see one outcome in a fight that would determine the undisputed world heavyweight champion.

"I think (Joshua) is still an improving fighter," Lee told Sky Sports. "A little bit of inexperience and mentally he's not as strong as Tyson.

"I think Tyson would beat him in eight rounds. I like Anthony Joshua, I think he's a great fighter, a great champion.

"I still think it's a great fight and a great match-up and it's the only real match-up in the heavyweight division left for both guys, but I think Tyson wins in a similar fashion to what he did to Wilder."

Lee believes Wilder would be unwise to jump straight back into the ring with Fury because of the one-sided nature of their February contest in Las Vegas.

"Everything is in open play again, whatever fights were made before the lockdown kind of become null and void in that everything is up for renegotiation again," Lee said.

"If I was in Wilder's team, I would say 'take another fight, maybe Andy Ruiz or somebody else, and get a win, get your confidence back up and try to improve then come back and fight Tyson again for the trilogy'.

"If they fight again, I can only see it going the same way, if not even more emphatic for Tyson."