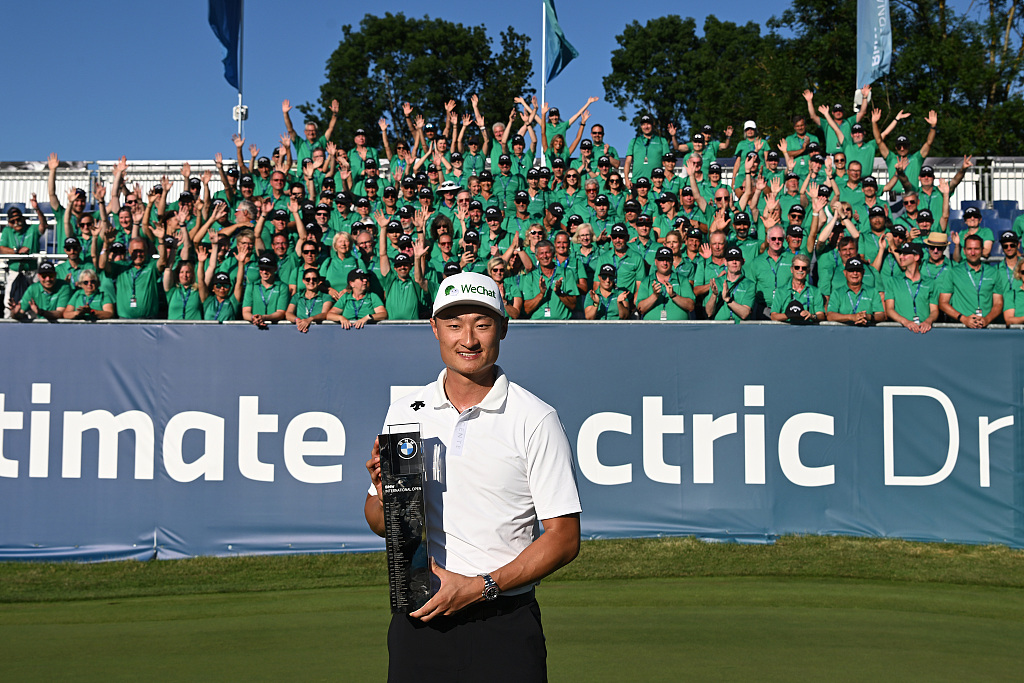 Li Haotong of China poses with the winner's trophy alongside event volunteers following his victory at the BMW International Open in Munich, Germany, June 26, 2022. (Photo: CFP)

This marks the 26-year-old's first title in more than four years since he edged out Rory McIlroy by a stroke at the Dubai Desert Classic in January 2018. This is also his third European Tour title. 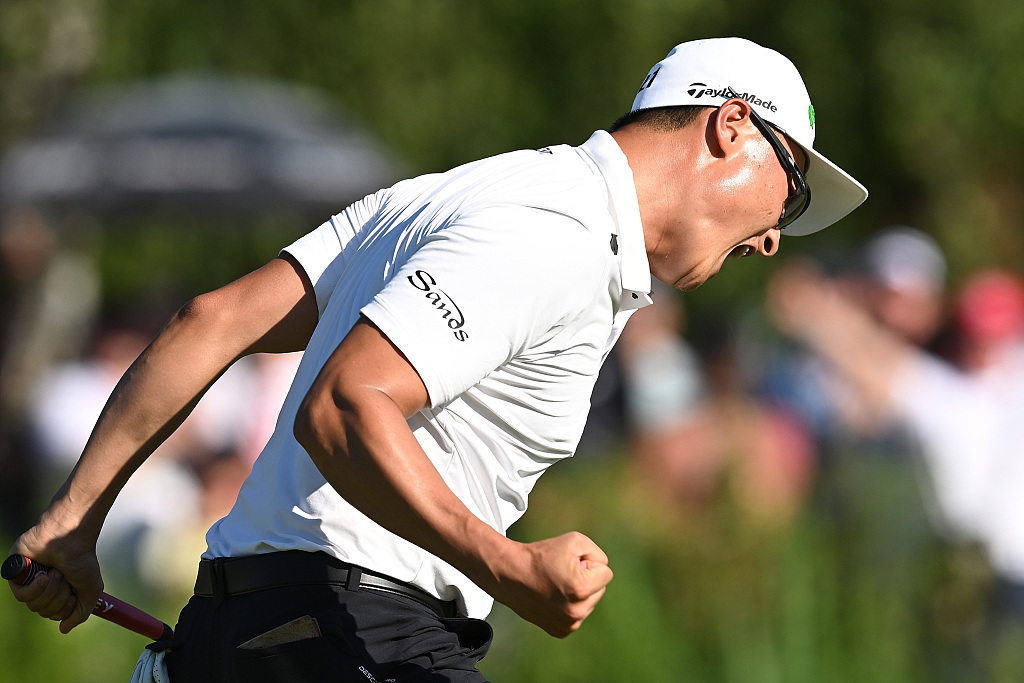 Li Haotong of China celebrates after putting on the 18th green in the playoff during the BMW International Open in Munich, Germany, June 26, 2022. (Photo: CFP)

"No one knows how much I have gone through over the last couple of years," Li said emotionally. "Ten months ago I nearly decided to not play golf. I thought I couldn't play golf again."

"If someone told me 10 months ago I would win again, I wouldn't believe that. Through a lot of tough times, I realized how good that feeling is to play good again."

Li extended his overnight three-shot lead over Pieters to five with three birdies in the first five holes on Sunday, but a run of four bogeys over the next 10 holes allowed Pieters to draw level.

Li almost found the water on the first play-off hole but sank a monster birdie putt before Pieters rolled his effort just wide. 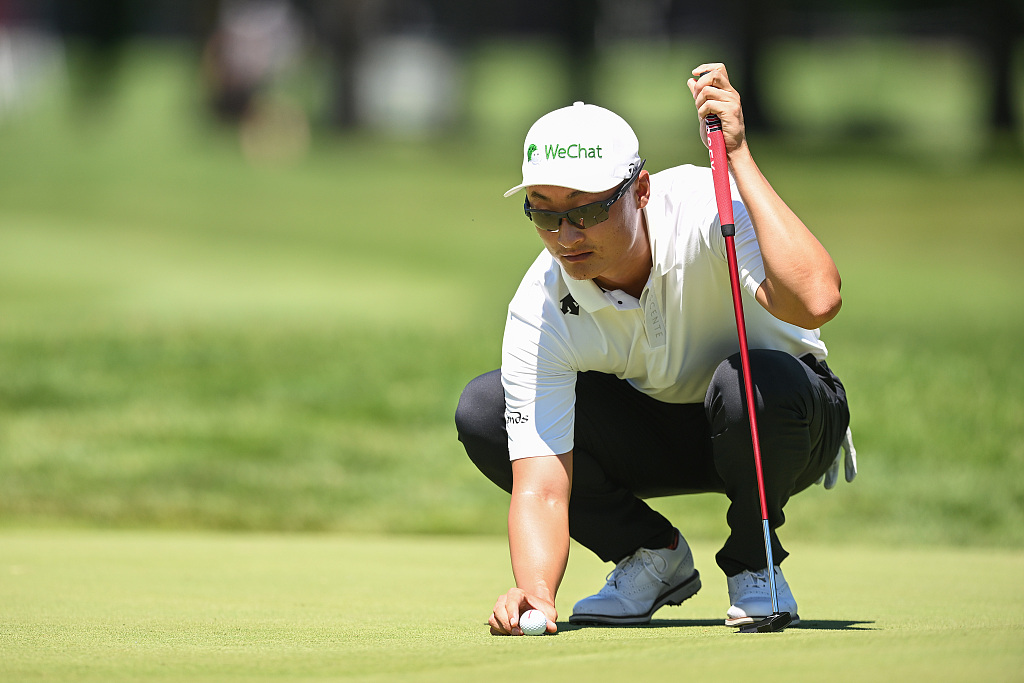 Li Haotong of China lines up a putt on the 1st green during the BMW International Open in Munich, Germany, June 26, 2022. (Photo: CFP)

"Thomas played great all day. My putter wasn't as hot as yesterday. Golf, this is golf," Li said. "Sometimes things go your way, sometimes not. I'm just so happy to finish on 18 like that."

Thanks to the win, Li's world ranking rose to 17 as China's top-ranked golf player. He also became eligible to compete at the Open Championship in the UK next month.