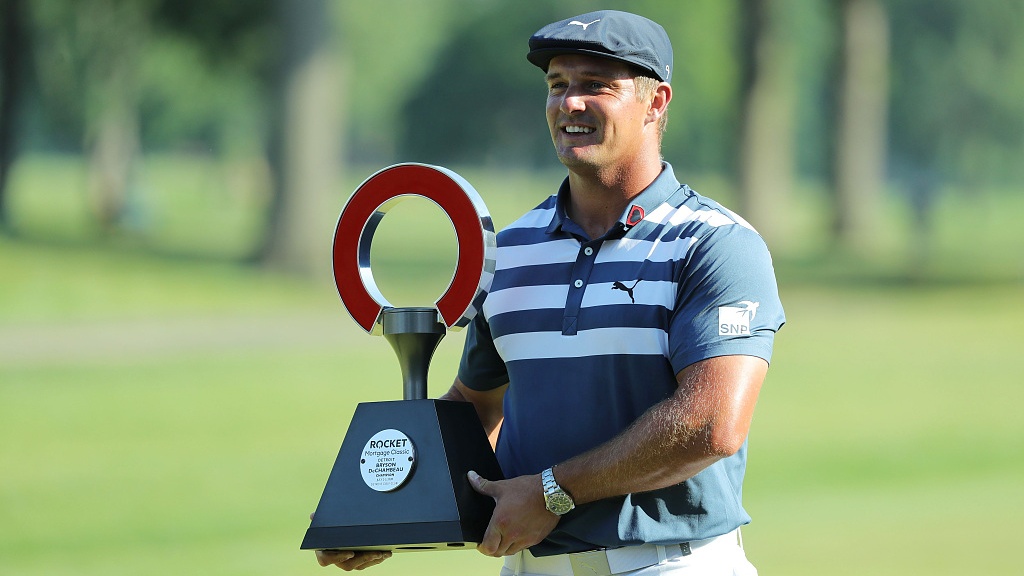 Bryson DeChambeau of the United States walks away with the trophy after winning the Rocket Mortgage Classic at the Detroit Golf Club in Detroit, Michigan, July 5, 2020. (Photo: VCG)

The 26-year-old shot a seven-under 65 at Detroit Golf Club for a total score of 265 strokes to win his sixth crown on the PGA Tour.

"I wanted to show people if you work hard enough and do your absolute best, you give everything you've got, you can achieve amazing things and that's what I was able to do," said DeChambeau, who birdied four of the first seven holes and closed with three straight to secure the title. 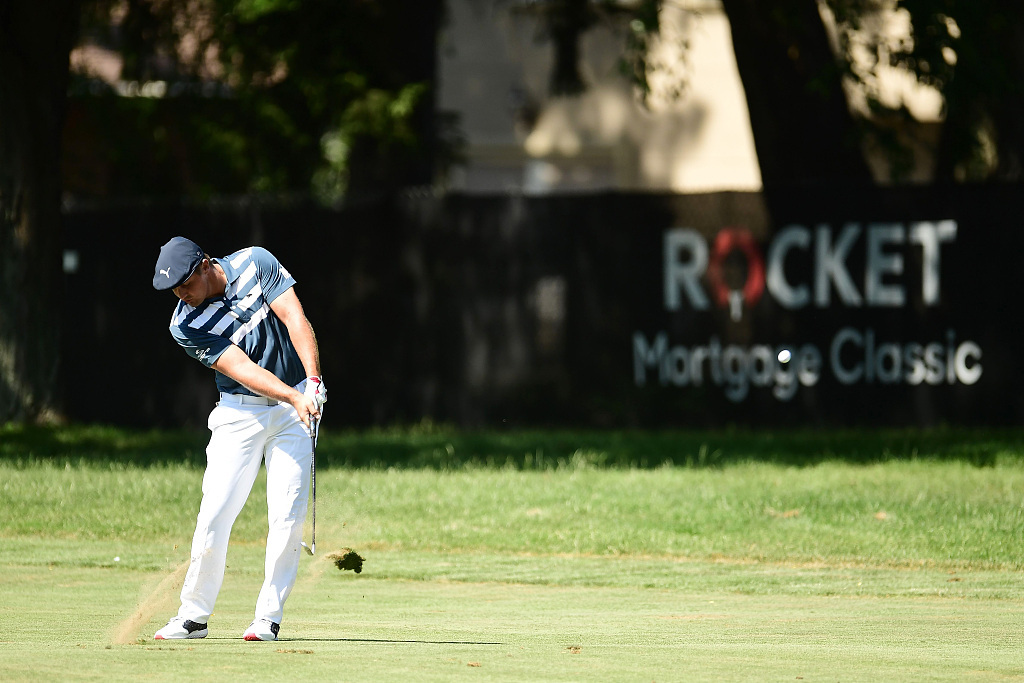 DeChambeau is trying to become the youngest two-time winner on the Tour since Tiger Woods in 1996. Fellow Americans Matthew Wolff (268) and Kevin Kisner (270) were second and third.

Canada's Adam Hadwin, American Ryan Armour, and Danny Willett and Tyrrell Hatton, both of England, were tied for fourth at 16-under, seven strokes behind DeChambeau.

Many of the PGA Tour's top players skipped the event in Motor City. In the PGA Tour's first three events since the middle of June after a pandemic hiatus, the top five players in the world rankings participated in each tournament.

The Memorial Tournament on July 16-19 at Muirfield Village in Columbus, Ohio is set to be the PGA Tour's first event with on-site fans in the coronavirus era.