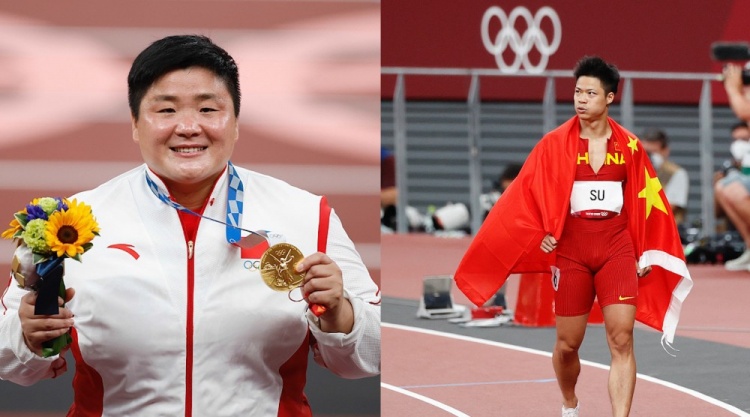 Star sprinter Su Bingtian and Olympic shot put champion Gong Lijiao have been elected as vice presidents of the Chinese Athletics Association (CAA), the country's governing body of the sport confirmed on Friday.

33-year-old Gong won the women's shot put gold medal at the Tokyo 2020 Olympic Games, and she also claimed titles at the 2017 and 2019 World Championships.

Su, also 33, set a new Asian record of 9.83 seconds in the men's 100m en route to becoming the first Chinese to qualify for the final of the event in Olympic history at Tokyo 2020. He also led China's 4x100m relay team to earn a silver at the 2015 worlds and an Olympic bronze medal in Tokyo.