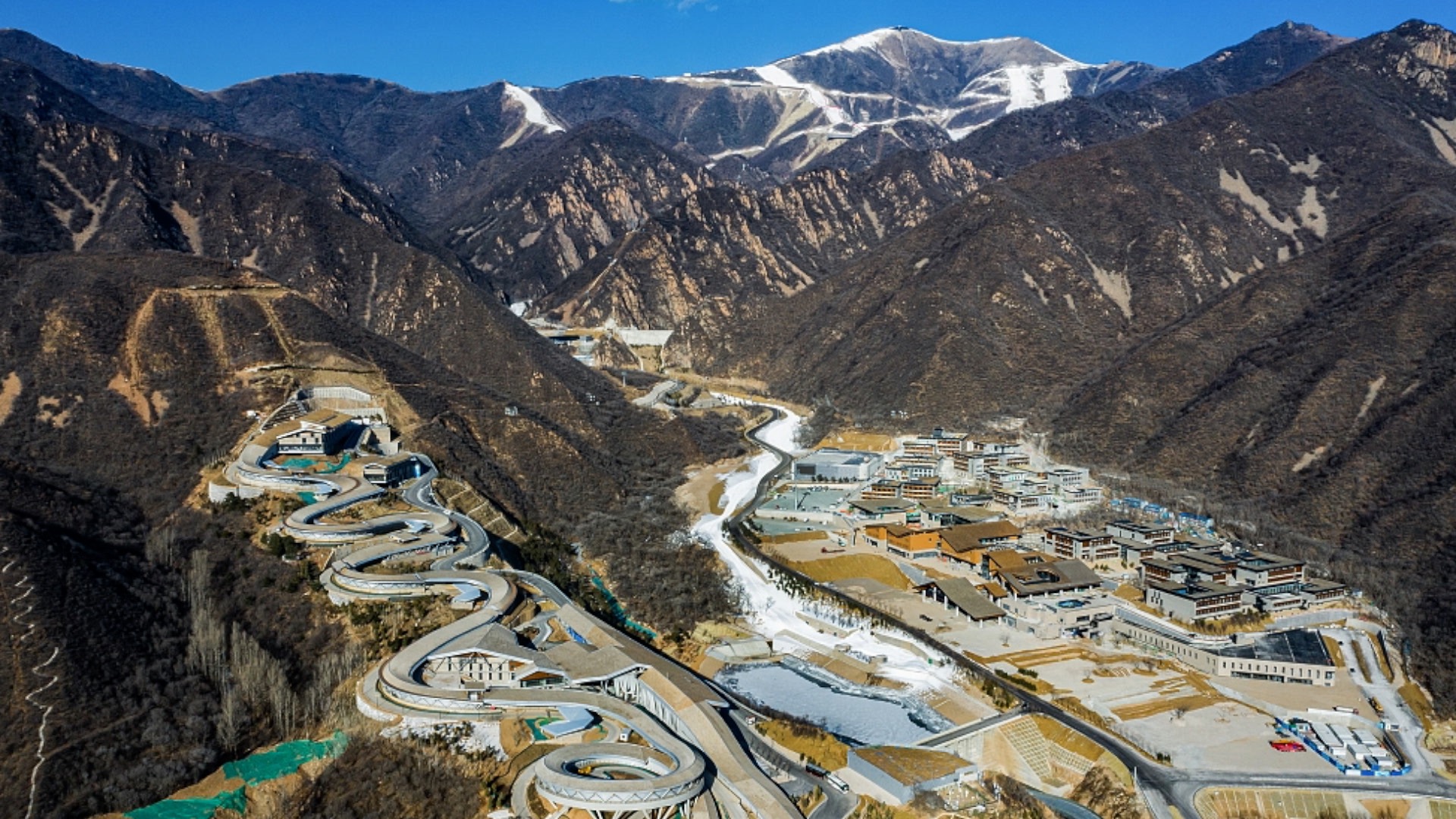 The Olympic villages in Beijing's city center, Yanqing District and neighboring Zhangjiakou City are getting ready to welcome athletes from around the world, the Beijing organizing committee said during a press conference on Thursday, just 50 days away from the Beijing 2022 Winter Olympics.

The Olympic village in northwest Beijing's Yanqing District underwent its latest round of testing on December 11 and 12. The Beijing Olympic Organizing Committee said the results show it's almost ready for the Games. The main construction of the village is complete, almost all the materials and equipment have been installed, and all key posts are ready for duty, the committee said.

From site selection to construction completion, it took five years to finish building the three villages. One of the targets during the construction was to be green and sustainable. So far, all three villages have met this target.
"All three Winter Olympics villages meet the three-star green building standard. During the construction of the Yanqing Village, about 130 native trees were preserved, and 24,000 trees were transplanted to an 'Olympic forest,'" Liu Yumin, the director of the planning and construction department of Beijing Organizing Committee for the Olympic Games, said.

Another important task ahead of the Olympics is the cleaning and waste management of the villages. The organizing committee created a waste removal operation system.

"Our standard system was formulated based on experience from the domestic cleaning industry and the standard set by the International Olympic Committee. It includes macro-level guidelines and detailed standards and procedures. The three villages will operate based on this same system," Liu said.

With the pandemic ongoing, COVID-19 control is one of the most critical jobs. The organizing committee recently released the second edition of its Epidemic Prevention Manual and has come up with an emergency response plan if a positive case is found in any of the villages.

"First, when positive cases are found, the medical team will quickly transfer the patients by ambulance to designated infectious disease hospitals, and then we will determine and manage close contacts. Third, professional disinfection personnel will carry out comprehensive disinfection of the environment. Last, we will have experts evaluate the general situation," Ma Boyang, secretary general of venue operation team for Beijing Winter Olympic Village, said.

Safety and comfort are the most essential and basic requirements for the Olympic villages. On top of these, the organizing committee also wants the athletes to experience Chinese culture, so all three villages have incorporated Chinese elements. The buildings are either inspired by traditional Chinese architecture or are located near actual heritage sites.