XI'AN, Sept. 19 (Xinhua) -- Guangdong, Jiangsu, Zhejiang and Shandong each took two wins in the U19 men's basketball at China's 14th National Games here on Sunday to qualify for the semifinals. 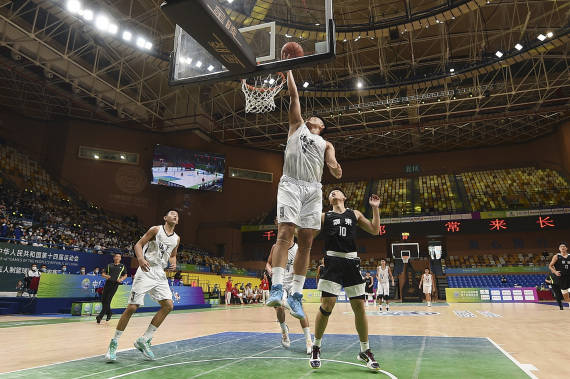 In Group A, Guangdong beat Fujian 126-84. Guangdong, a title favorite, built a commanding lead early in the game with a barrage of three-pointers. Fujian trailed 37-29 after the first quarter.

The pattern continued through much of the second quarter, and Guangdong took a narrow 60-51 lead into the half-time break.

After an 18-4 point dash midway through the third period, Guangdong ruined their rivals' hopes of turning the game around.

Xu Xin, who will play for the Guangdong Southern Tigers in the upcoming Chinese Basketball Association season, pocketed six points, four rebounds and three blocks in the fourth quarter.

"I had only about eight minutes on the court. It was difficult for me to chase my rivals," Xu told Xinhua.

In Group B, Yu Jiahao helped Zhejiang beat Liaoning 89-70 for their second straight win with 31 points and 12 rebounds, and Feng Mingzhen added 12 points and 10 rebounds.

Shandong, another title favorite, reached the semifinals after sailing past Henan 86-62.