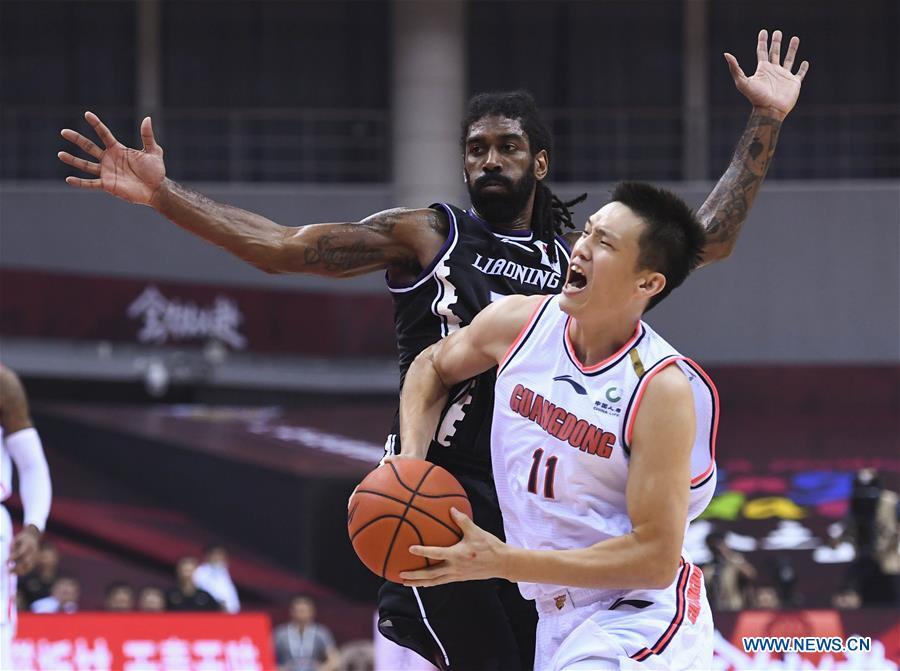 With the biggest point difference only reaching seven in the first quarter, Liaoning managed a three-point lead in fierce contention, as O.J. Mayo contributed 10 points.

The around-three-point lead went seesaw in the following quarter. After Sonny Weems hit a buzzer-beater to close out the first half, the defending champions obtained a 54-47 advantage.

Liaoning guard Guo Ailun scored 10 points in the third quarter to prevent the difference from expanding to double digits. Veteran Yi Jianlian, MVP of the regular season, picked up a foot injury and left the court.

Guangdong enlarged the margin to 13 points for a brief period in the last quarter, but Mayo led Liaoning to cut the deficit to only four points with two minutes on the clock.

On the Liaoning side, Mayo had a team-high 34 points, Guo collected 26 points, while Han Dejun notched 21 points and 14 rebounds. Liu Zhixuan added 15 points.

"We tried our best," said Han.

"Congratulations to Guangdong for the championship, and also congratulations to my players for making into the finals. Now we rest for a couple of weeks and will start to prepare for the next season," said Alejandro Martinez, acting head coach of Liaoning.

"We overcame lots of difficulties in this special and long season, and only those who experienced it can feel how hard it was," said Du Feng, head coach of Guangdong.