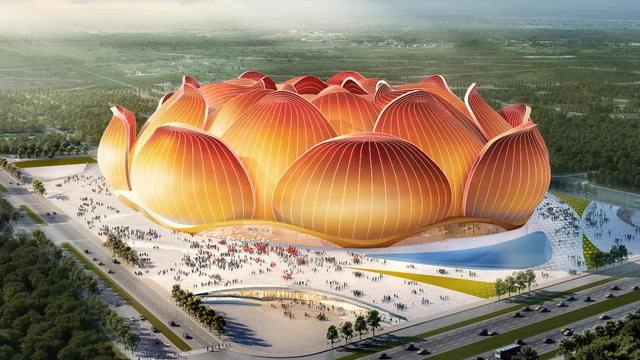 Owned by Guangzhou Evergrande, the stadium's capacity will surpass Camp Nou in Barcelona, with a floor area of 150,000 square meters.

The stadium is designed with the appearance of a blooming lotus and will be a landmark of Guangzhou. 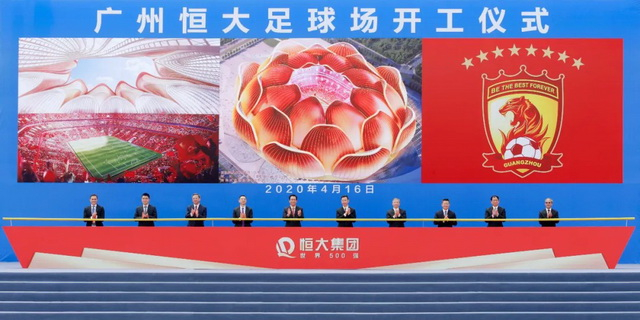 The Evergrande group, the owner of Guangzhou Evergrande football club, will invest a total of 12 billion yuan (1.69 billion U.S. dollars) to build the stadium and sports complex.

Xia Haijun, president of the Evergrande group, said construction will be completed before December 2022.

"We hope the stadium will host the opening ceremony of the Asian championships in 2023," Xia said.

According to Xia,  the company will build another three or five top level professional football stadia with capacities of 80,000 to 100,000 across China. 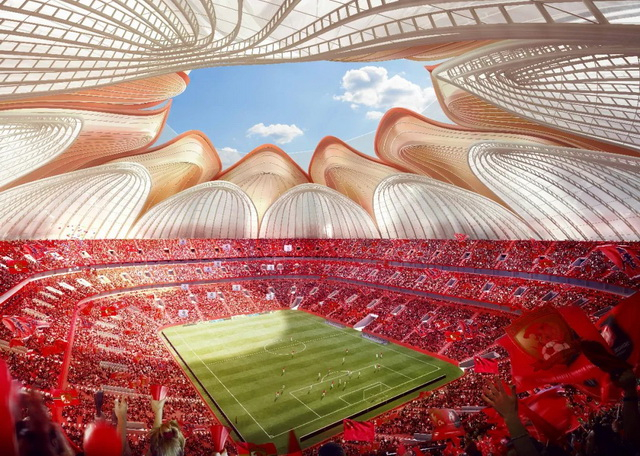 The lay-out of the interior of the world's largest professional football stadium in Guangzhou, China.

Guangzhou Evergrande has won eight Chinese super league titles in nine years from 2011 to 2019 and were also crowned AFC Champions league winners in 2013 and 2015.