Haaland back to boost stuttering Dortmund 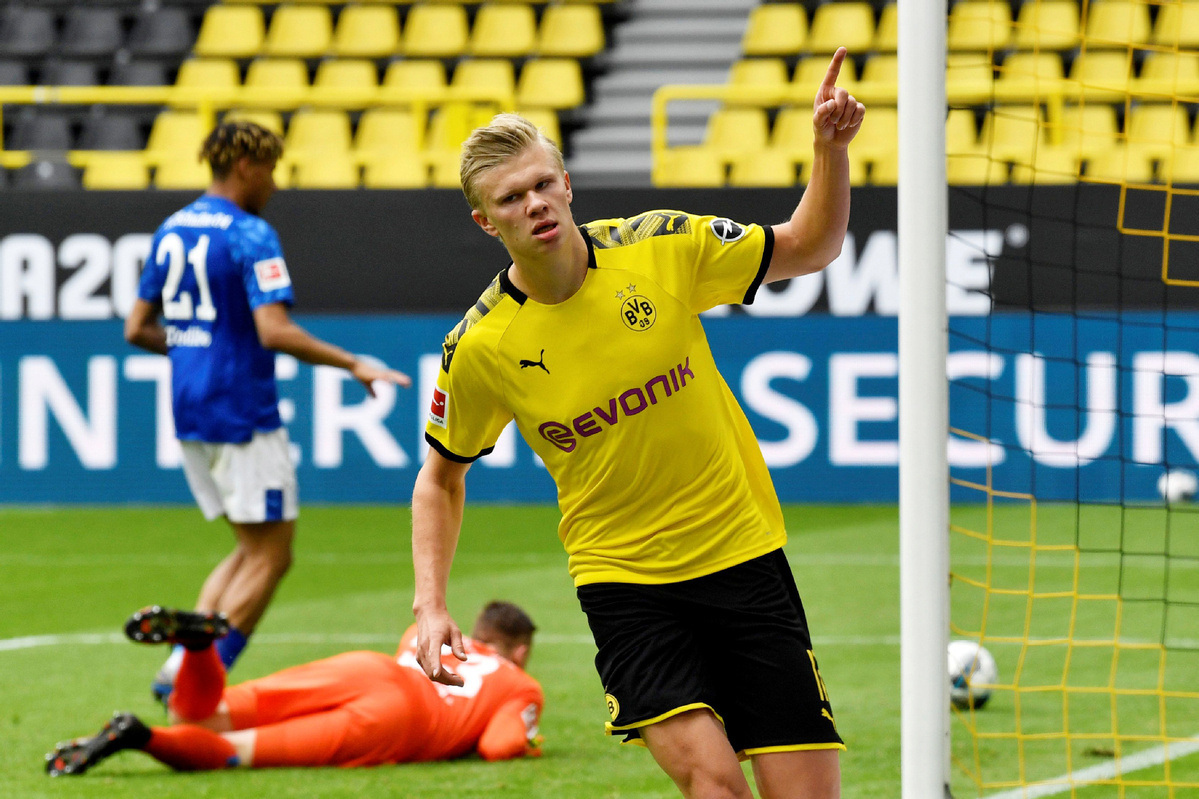 BERLIN－Borussia Dortmund striker Erling Braut Haaland is expected to make an eagerly awaited return from injury as his side looks to battle back into the Bundesliga top four with a win over high-fliers Wolfsburg on Sunday.

The prolific Norwegian prodigy has missed the last four league games and the last seven in all competitions after picking up a hamstring injury in early December.

Yet the 20-year-old returned to team training this week, and Dortmund sporting director Michael Zorc confirmed that he would be back in action this weekend.

"Erling's recovery has gone well. We are working on the assumption that he can play against Wolfsburg," said Zorc.

Haaland's return is timely, with Dortmund in desperate need of a win after a miserable run of form before Christmas that saw the Black and Yellows drop to fifth in the table, eight points behind leader Bayern Munich and two behind Sunday's opponent Wolfsburg.

Dortmund fired head coach Lucien Favre after it was thrashed by promoted side Stuttgart in mid-December, before suffering a shock away defeat to Union Berlin in their second game under caretaker boss Edin Terzic.

Defeat to Wolfsburg would see Dortmund lose four home league games in a row for the first time in 20 years.

"The most important thing is that we start well and end well," said the 20-year-old Haaland, who has netted 17 goals in 14 games in all competitions this season.

In a campaign condensed by the coronavirus pandemic, many Bundesliga clubs have had just a week off in the shortest winter break in the league's history.

Yet after their pre-Christmas cup tie was postponed until January, champion Bayern has had an extra week to recover and is expected to waltz past struggling Mainz on Sunday and defend its two-point lead at the top of the standings.

Second from bottom and without a win in six games, Mainz parted ways with both its coach and sporting director over Christmas. Former Huddersfield Town manage Jan Siewert will take the reins as interim coach against Bayern.

Fresh from his coronation as the world's best goalkeeper, Bayern stopper Manuel Neuer is just one game away from equaling Oliver Kahn's club record of 196 Bundesliga clean sheets, a milestone he has been chasing in vain for more than two months.

If Neuer fails again to reach Kahn's mark against Mainz, he will have gone nine league games without a clean sheet for only the second time in his Bayern career.