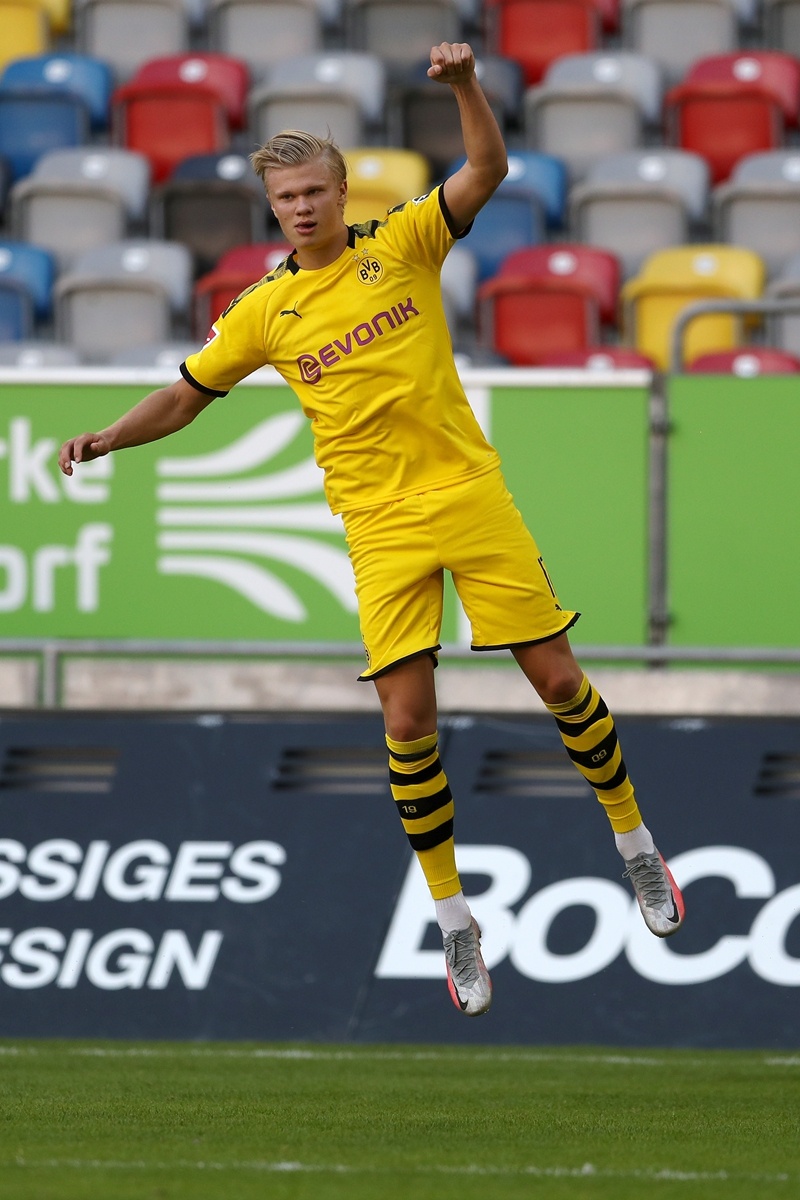 Erling Braut Haaland came off the bench to score a spectacular 95th-minute winner for Borussia Dortmund in their 1-0 victory at Fortuna Duesseldorf on Saturday that kept Bayern Munich waiting for an eighth straight Bundesliga title.

Haaland, 19, came on with half an hour left and was involved in the build-up when Raphael Guerreiro had a 65th-minute goal disallowed after the VAR spotted the Portuguese international had played the ball with his upper arm.

However, with time almost up, Haaland leapt to flick his header into the Fortuna net for his 14th goal for Dortmund in 15 games since joining from Red Bull Salzburg in January.

Duesseldorf's defeat boosted second-­from-bottom Werder Bremen, who are now level with Fortuna on 28 points following their 5-1 thumping of bottom side Paderborn.

With Bundesliga matches played behind closed doors due to the coronavirus pandemic, home advantage again counted for little with four victories going to the away team in the afternoon's five games.

Bremen responded to back-to-back home defeats with an emphatic away victory in pouring rain as Davy Klaassen netted either side of a goal by Japanese forward Yuya Osako to make it 3-0 at halftime.

It could have been 4-0 as Bremen forward Milot Rashica had a penalty saved.

Midfielder Maximilian Eggestein made it 4-0 with an hour gone before Paderborn's Moroccan-born substitute Abdelhamid Sabiri scored their consolation goal.

Just 15 minutes after coming on for his first appearance for nine months after tearing knee ligaments, Bremen striker Niclas Fuellkrug capped a fairytale return when he slotted home the fifth goal on 90 minutes.

With three games left to stay up, Bremen host Bayern on Tuesday, then Mainz, who are also fighting to survive, and mid-table Cologne.

Ten-man Hertha Berlin were thumped 4-1 at home by Eintracht Frankfurt after their Belgium defender Dedryck Boyata was sent off on the stroke of halftime for bringing down Bas Dost, who was through on goal.

Freiburg came from two goals down to earn a 2-2 draw at Wolfsburg in a game dominated by VAR.