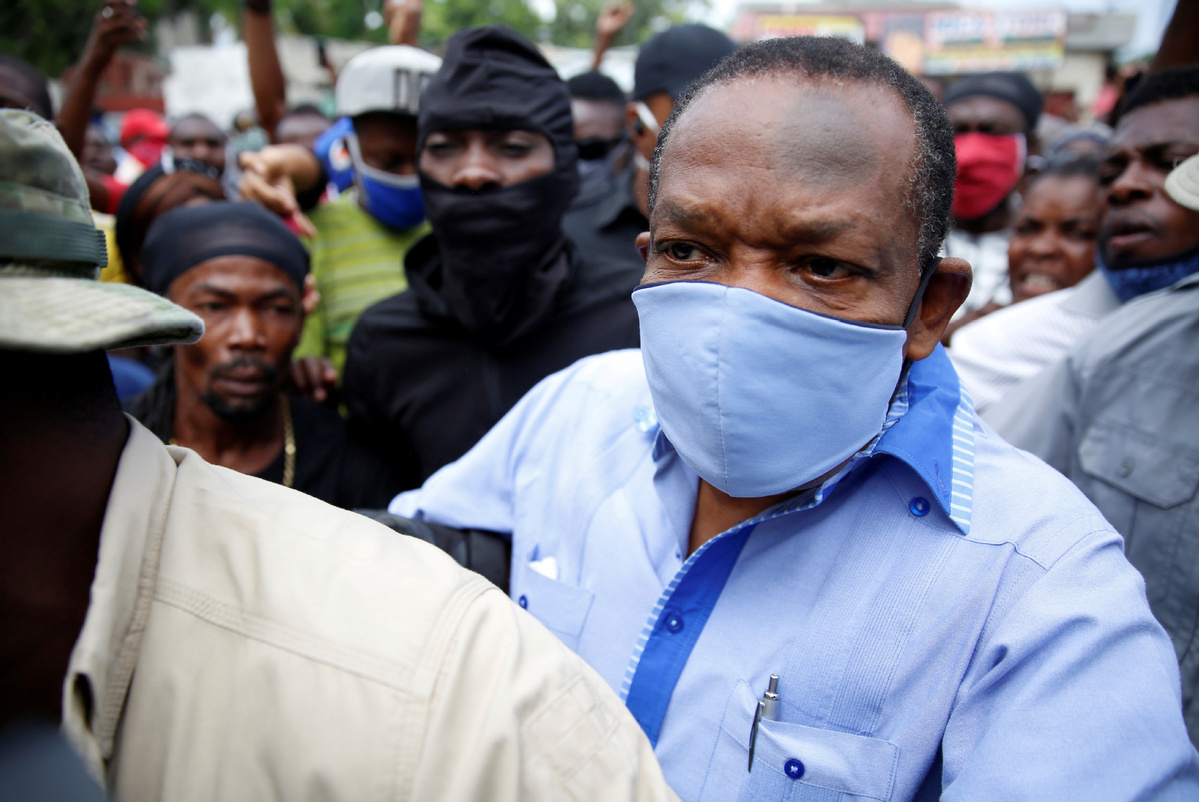 Yves Jean-Bart, president of the Haitian Football Federation, wearing a protective face mask arrives at his hearing at the Crois-Des-Bouquets prosecutor's office, after being accused of sexually abusing young footballers at the country's national training centre, Crois-Des-Bouquets, Haiti, May 14, 2020. (Photo: Agencies)

ZURICH - The president of Haitian Football Federation Yves Jean-Bart has been provisionally banned from all football-related activities, the world football governing body FIFA announced on Monday.

According to FIFA, this sanction has been imposed in connection with ongoing investigations concerning Jean-Bart.

"In accordance with articles 84 and 85 of the FIFA Code of Ethics, the investigatory chamber of the independent Ethics Committee has provisionally banned Mr. Yves Jean-Bart, President of the Haitian Football Federation (FHF), from all football-related activities at both national and international level, for a period of 90 days," read a statement of FIFA.

"Mr. Jean-Bart was notified of the decision today. The provisional sanction comes into force immediately," it added.