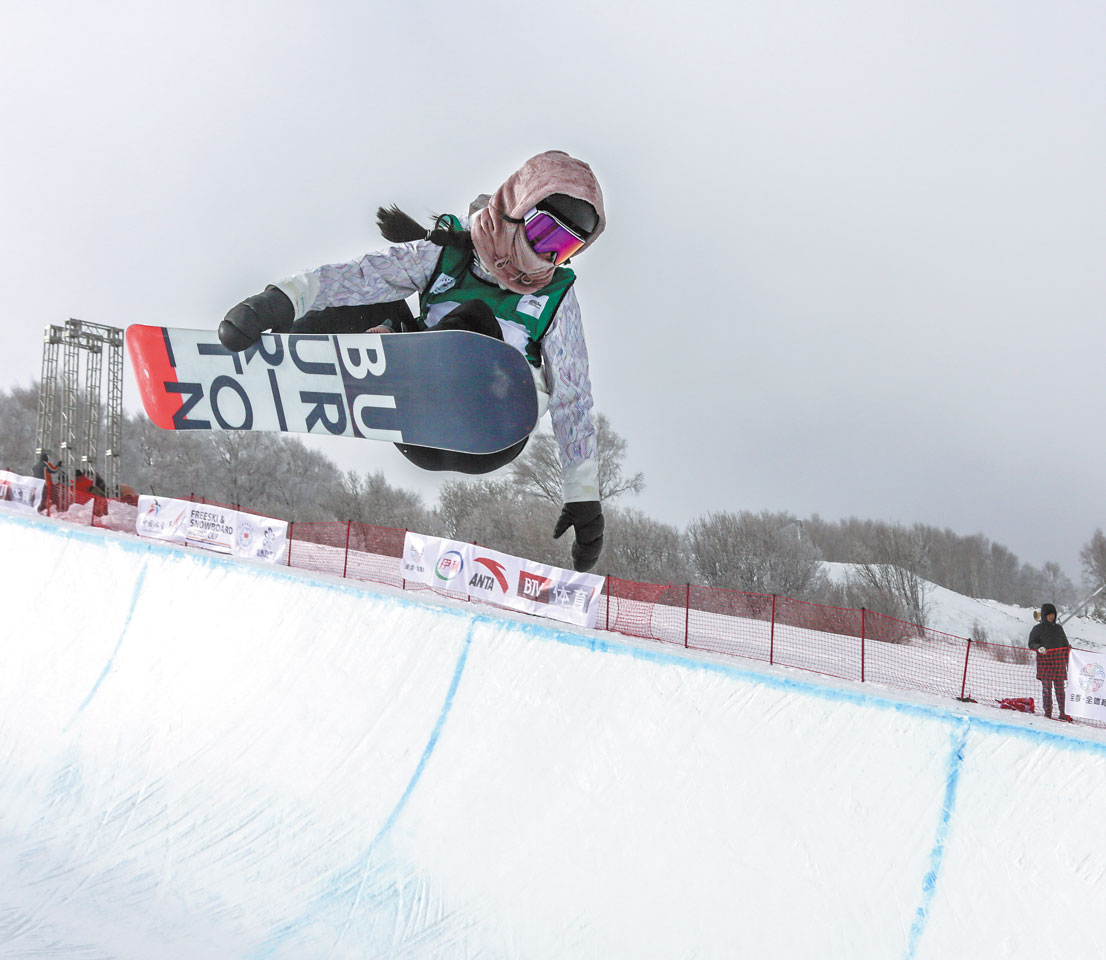 Even with some top names hanging up their snowboards to focus on the Summer Olympics, this week's halfpipe World Cup event in Chongli still boasts enough star power to serve fans a real treat at the 2022 Winter Games venue.

The four-day meet, which kicks off on Thursday at Genting Resort Secret Garden in Hebei province, features a field packed full of Olympic medalists and world champions－although American Shaun White and Japan's Ayumu Hirano are notable absentees as they continue their preparations for skateboarding's debut at next year's Tokyo Games.

The hair-raising discipline of halfpipe involves skiers and snowboarders executing air tricks by launching themselves off a 185-meter semicircular ramp. Judges score performances based on criteria such as trick execution, variety and amplitude.

The meet is Liu's first competition on home soil since taking a year off following her Olympic heroics in South Korea, with the 27-year-old already back in the groove thanks to a runner-up finish at last week's World Cup's season opener in Copper Mountain, Colorado.

Spanish veteran Queralt Castelle, who won gold at Copper Mountain, and American prodigy Maddie Mastro are considered the biggest threats to Liu's chances of a home win, with reigning Olympic champion Chloe Kim of the US stepping back from competition this season to focus on her studies.

Also hoping to thrill the home fans will be Liu's national teammate Cai Xuetong, who last year made history by finishing the season top of the World Cup standings for a fifth time.

The 26-year-old Cai, a two-time world champion (2015 and 2017), is determined to show she's still a force to be reckoned with, having picked up 23 podium finishes and 10 victories during her decade-long career on the tour.

There's plenty of local interest, too, in the men's pipe, with daredevil rider Zhang Yiwei raring to take on international juggernauts such as Australia's three-time world champion Scotty James and Japanese teenager Yuto Totsuka, the winner of the overall Cup standings for the past two years.

Although hampered by a series of foot injuries in recent seasons, Zhang, the first Chinese man to win a halfpipe World Cup leg (2015 in Utah), is not giving up on his dream of emulating the success of his female compatriots at the 2022 Games.

"Having the Olympic ramp ready so early has provided us with an advantage to get used to it and to work on the consistency of our jumps," said the 27-year-old Zhang, the first boarder in the world to execute a triple cork (three flips front side off the jump) in halfpipe, in 2015.

Zhang, who won last year in Chongli, is expected to face stiff competition from American Devin Marie Logan, a slopestyle gold medalist at the 2014 Winter Olympics in Sochi, Russia, and her compatriot Annalisa Drew.