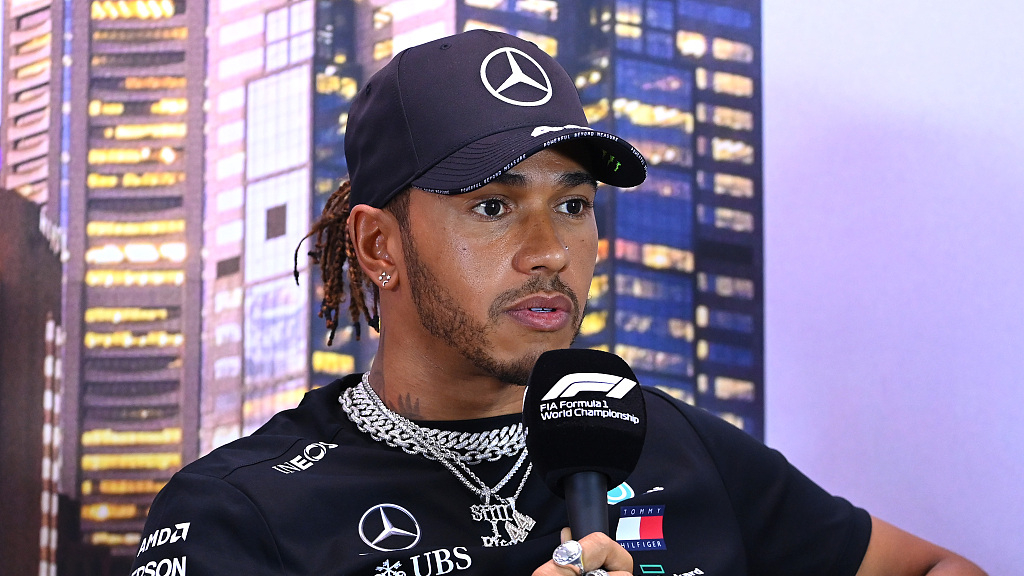 Lewis Hamilton of Great Britain and Mercedes GP speaks at a press conference ahead of the F1 Grand Prix of Australia in Melbourne, Australia, March 12, 2020. (Photo: VCG)

Lewis Hamilton has hailed Mercedes as his "dream team" as the world champion made it clear he has no plans to leave when his contract expires after the 2020 season.

The British driver was linked with a move to Ferrari after the six-time world title winner revealed in January he had yet to open talks over a new deal with Mercedes.

Ferrari chief executive officer Louis Carey Camilleri said in December that he was "flattered" that Hamilton had agreed to discuss his future in conversations with the team's chairman John Elkann. But the 35-year-old appeared to end talk of a switch on April 20 when he said his future remains with British-based Mercedes.

"There is no dream of another team. I am with my dream team," Hamilton said on Instagram. "There's not a thing in my way, as I'm not trying to move. I'm with the people who have cared from day one."

Hamilton, who added that Mercedes was "the best team," will have been aware that any opportunity to join Ferrari would be quashed if reports that Sebastian Vettel is moving toward a new contract are confirmed.

Four-time world champion Vettel, like Hamilton, is out of contract at the end of the season, while the German's teammate Charles Leclerc has a contract with the Italian team until the end of 2024. Vettel last week said he had made it clear he wanted to stay at Ferrari beyond the end of this season.

"Whatever the deal will be like, it is whatever I and the team will be comfortable with. In terms of duration, normally the contracts I had in the past were all a three-year deal," Vettel said.

Hamilton's future is being debated while Formula One waits to start the 2020 season, delayed by the coronavirus.

The first nine races were postponed or canceled because of the pandemic.