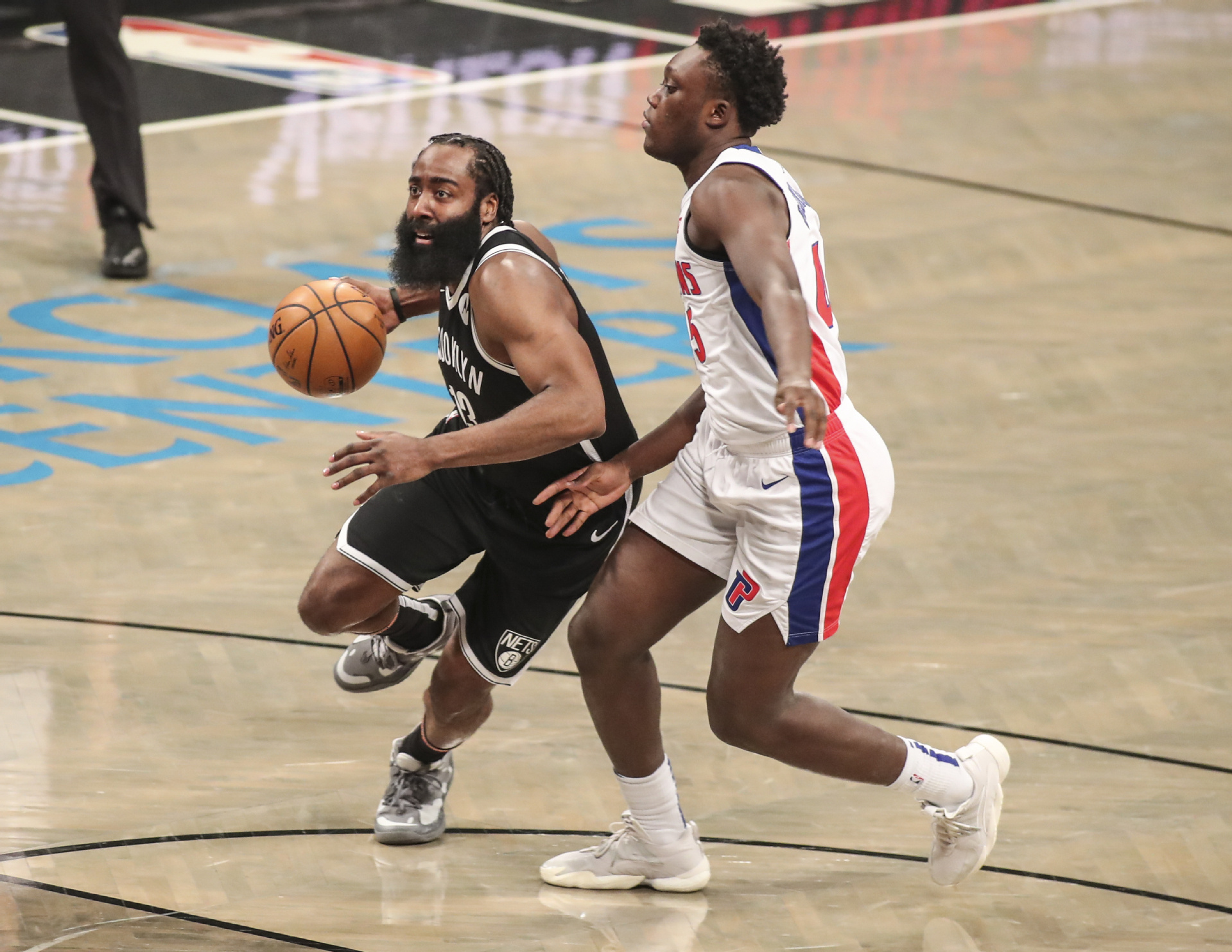 NEW YORK - James Harden scored 12 of his 24 points in the fourth quarter and had his ninth triple-double with the Nets to help Brooklyn beat the Detroit Pistons 100-95 on Saturday night.

Kyrie Irving added 18 points, and Landry Shamet had 15 off the bench. DeAndre Jordan chipped in with 14, and Joe Harris contributed 10 points.

Jerami Grant scored 22 points as Detroit fell to 10-28. Saddiq Bey and Delon Wright each finished with 13.

Giannis Antetokounmpo had 33 points, 11 assists and 11 rebounds for his sixth triple-double of the season in Milwaukee's victory over short-handed Washington.

Jrue Holiday added 10 of his 18 points during the fourth quarter for the third-place Bucks. They have won eight of nine.

Russell Westbrook scored 42 points — including 15 of Washington’s last 18 — and added 10 rebounds and 12 assists for his NBA-leading 11th triple-double.

RJ Barrett scored a career-high 32 points, and Julius Randle had a triple-double to lead New York past the Oklahoma City.

Randle had 26 points, 12 rebounds and 12 assists to became the first Knicks player with two triple-doubles in a same season since Mark Jackson in 1988-89.

LaMelo Ball had 23 points and nine rebounds and Charlotte beat short-handed Toronto in the Hornets’ first game of the seasons with the general public allowed to attend.

Devonte Graham and Terry Rozier each added 17 points for the Hornets, who seemed to feed off having fans — about 3,000 of them — in attendance for the first time in more than a year due to the coronavirus pandemic.

Kyle Lowry finished with 19 points and eight assists for Toronto.

Trae Young scored 17 of 28 points in the third quarter, Clint Capela had 18 of his 24 in the first half and Atlanta beat Sacramento for its fourth straight victory.

Capela also had 14 rebounds to help the Hawks improve to 4-0 under interim coach Nate McMillan. De’Aaron Fox led the Kings with 32 points.