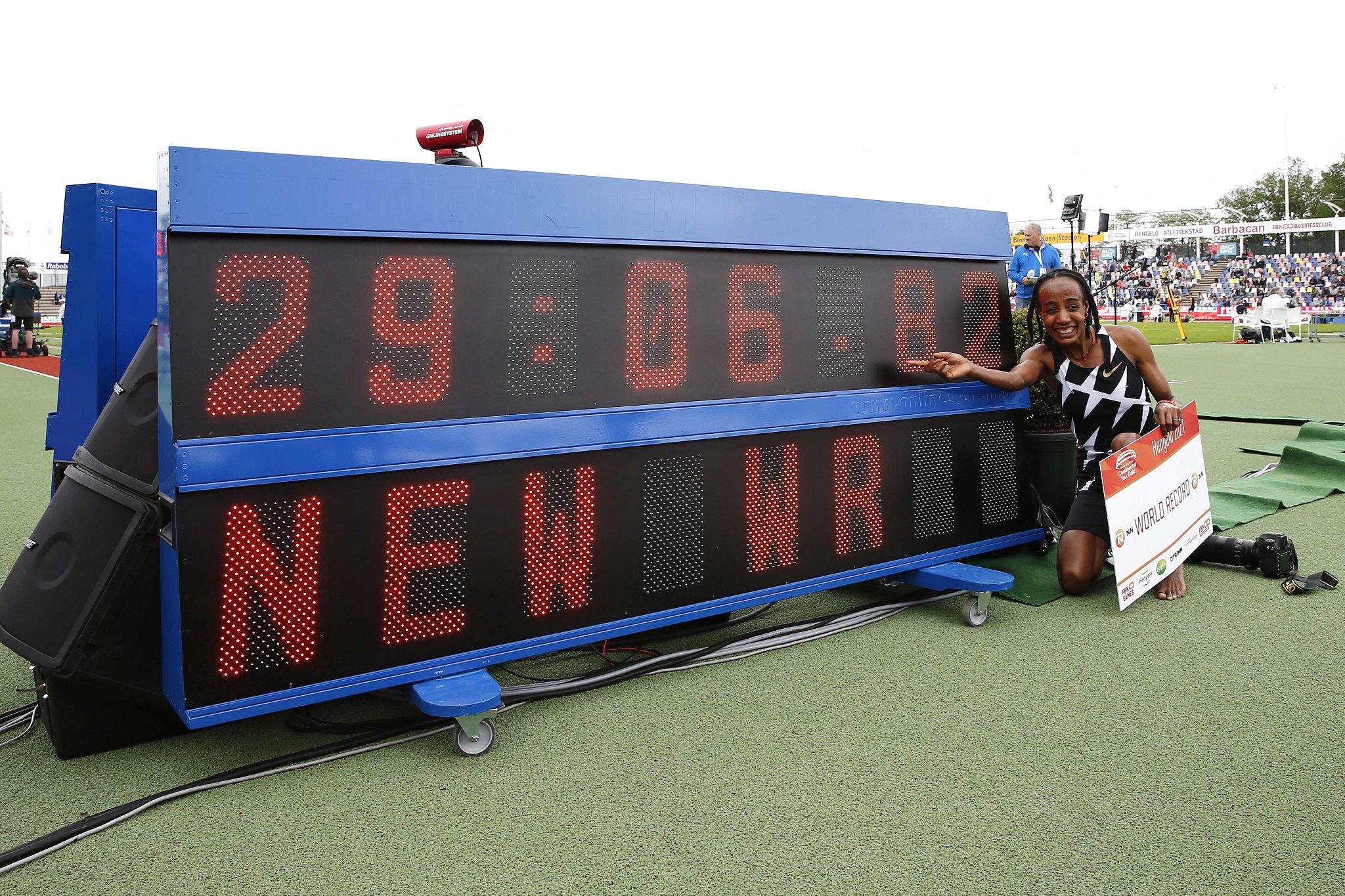 Sifan Hassan of the Netherlands sets a new record in the women's 10,000 meters during the Athletics Continental Tour meeting in Hengelo, the Netherlands, June 6, 2021. (Photo: CFP)

Ethiopia's Almaz Ayana held the previous record of 29:17.45, set at the 2016 Rio Olympics, but Hassan shaved more than 10 seconds off that mark.

Hassan is the reigning world champion having won gold in Doha in 2019 and the 28-year-old has set down a marker before next month's Tokyo Olympics, blowing away the competition and sprinting solo across the line with her arms outstretched in celebration. 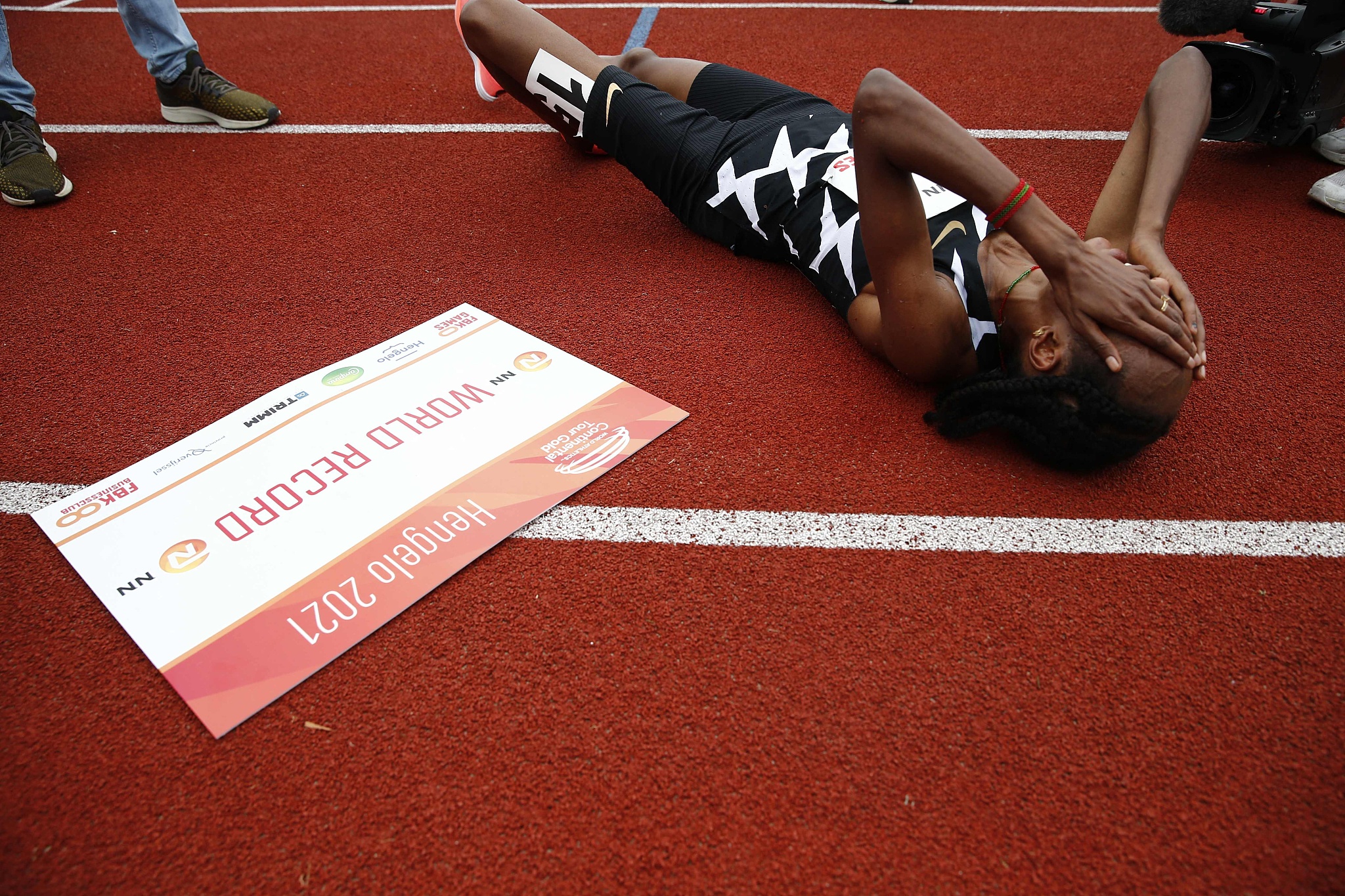 Sifan Hassan of the Netherlands bursts into tears on the track after breaking the women's 10,000 meters world record in the Athletics Continental Tour meeting in Hengelo, the Netherlands, June 6, 2021. (Photo: CFP)

"Wow, to run this world record here today in Hengelo is something I could only dream of," the Ethiopian-born Hassan said.

"It's the perfect confirmation of the hard work we've put in getting ready for Tokyo. I am so happy to share this record in front of my Dutch fans."